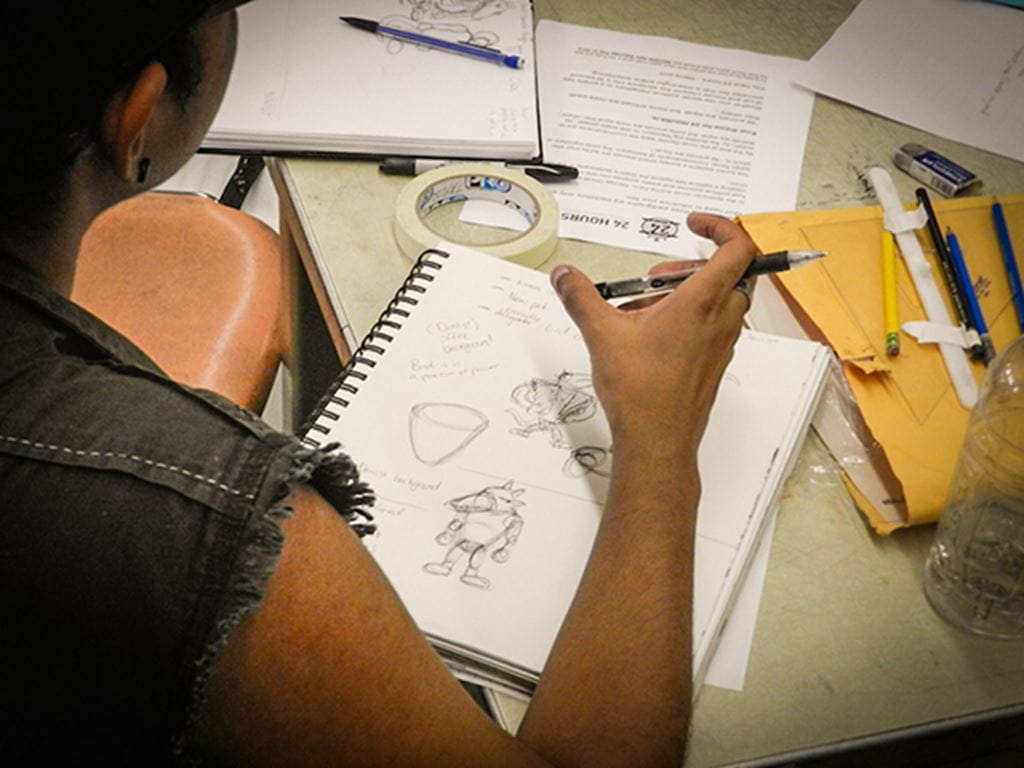 Seven teams from Sheridan’s Bachelor of Animation program are looking forward to a sleepless night this Friday as they get set to participate in the tenth annual 24 HOUR FILM CONTEST, sponsored by Cal State University in Long Beach, California.  Their challenge?  To complete a 30-second film in 24 hours, beginning at 8:00 pm on October 2 and continuing on to 8:00 pm the next day.  The contest is the brainchild of Professor Aubry Mintz of Cal State University, himself a graduate of Sheridan’s classical animation program, the forerunner to the current bachelor’s degree program.

This is the second year in which Sheridan has fielded teams in the competition.  2014 was the first year in which the contest was opened up to participants from animation schools outside of California.  Sheridan’s first entrants, in 2014, came fourth among 100 teams participating from the U.S., Canada, Australia and Europe.

Sheridan’s seven teams, each comprised of five students from first or second year, will be charged with creating a film based on a premise or quote supplied by Professor Mintz.  Knowing that 30 seconds of professional animation typically takes three to five months to complete magnifies the daunting nature of their task.

Nancy Beiman, who teaches storyboarding in the Bachelor of Animation program, believes the contest is an excellent learning experience.  “It helps prepare the students for the group project they will be working on in third year.”  Aubry Mintz, who worked in the industry before joining Cal State a decade ago, launched the contest as a way to further challenge and engage his students.  “To me, this contest helps create a culture where it’s a meaningful experience to them and they create projects knowing that it’s outside themselves.”

To learn more about the contest and view last year’s films, click here.

(Photo by Jason Ruiz for the Long Beach Post)