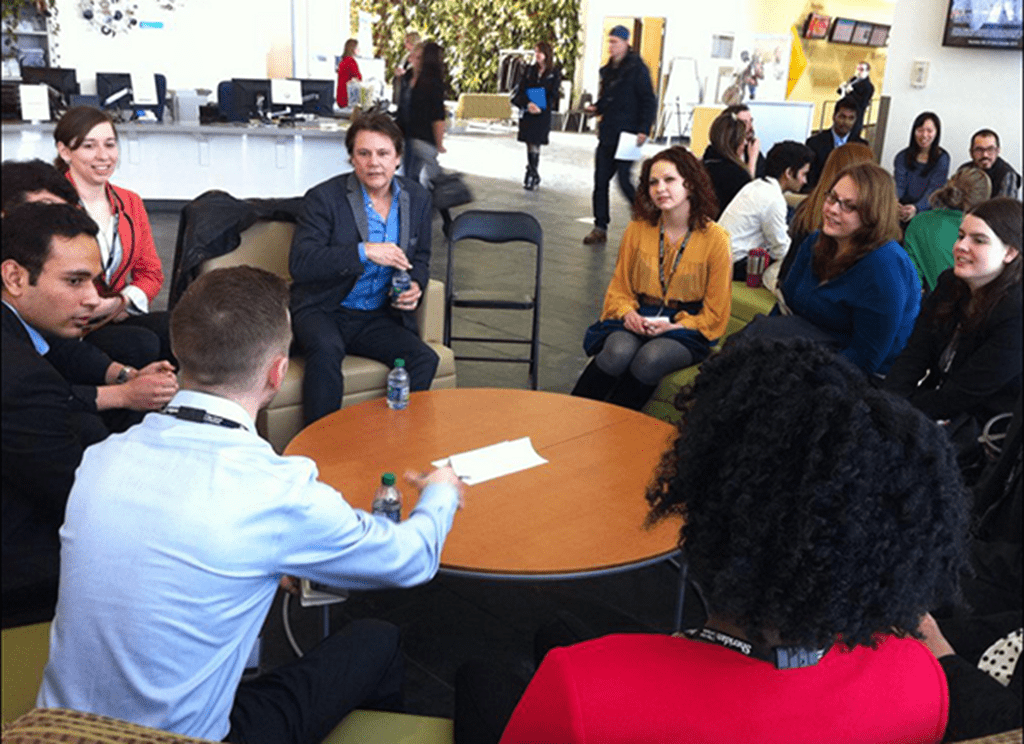 Over 100 Pilon School of Business students gathered at the Hazel McCallion Campus this week to hear from and interact with three experts on creativity, entrepreneurship, and social media.  The Virox Future Forum is an annual one-day event founded and sponsored by one of Sheridan’s most successful alumni, Randy Pilon – CEO of Virox Technologies Inc. and a generous supporter of Sheridan whose contributions were recognized last year with the naming of the Pilon School of Business.

Pilon set the stage for the day’s proceedings with a short video about the rapidly accelerating power and influence of social media – an inescapable force in today’s business environment.  He also delivered a short presentation on strategic planning using Virox as a model.  The company engages all of its employees in its multi-step planning process – an approach that enriches the outcome and helps to ensure that employees are on side and accountable for the company’s direction. 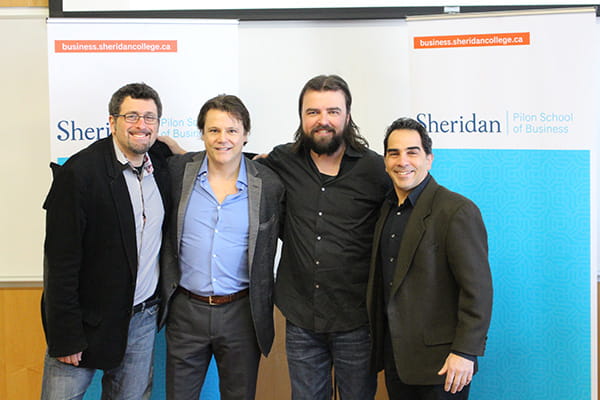 Dr. Puccio talked about how creative thinking has become a 21st century success skill.  “The world is changing rapidly, faster than ever before, and for that reason, creative thinking, creative problem solving and creative leadership, are appearing on the list of the top ranked attributes that business leaders are looking for in employees.”

He quickly disabused the audience of the notion that creativity is the province of a select few.  “Humans were designed to be creative; it’s a basic survival skill.”  He went on to demonstrate the power of creativity by leading the students through some exercises that showed how one’s creative thinking potential can be unleashed.

Dr. Puccio also took the opportunity to praise Sheridan’s adoption of creativity as a guiding principle that spans all faculties.  “I know of no other institution that has done more to embrace creativity than Sheridan.”

Sean Wise, a highly successful entrepreneur, professor of entrepreneurship at Ryerson University, and host of The Naked Entrepreneur television series on the Oprah Winfrey Network, described his own experiences as an entrepreneur and offered tips on what it takes to launch a successful startup.

One of his key messages was that entrepreneurship is an empowerment tool that is accessible to anyone.  “More and more in the 21st century, it will be the tool that empowers you.”

For those who are seeking to start their own business, he recommended the following checklist to assess whether their idea represents a true opportunity.  Is it timely (is the market ready); durable (will it last long enough to create ROI); attractive (real profit potential); and customer centric (solving a real problem).

With the global market reach provided by the Internet, Wise believes it is easier than ever to become an entrepreneur.  However, he cautioned the students to take the time and learn from others.  “I don’t suggest you graduate and immediately start your own business.  It’s better to learn by working for someone else first.”

The Power and Pitfalls of Social Media

Scott Stratten is the President of Un-Marketing, and an expert in viral, social and authentic marketing (which he calls ‘un-marketing’).  A Sheridan alumnus, he is the author of several books and a former professor at Sheridan.

In his presentation, Stratten discounted the value of social media as a business tool for lead generation.  “I love social media and I know what it’s good for:  connection, community and customer service.”

He also addressed its impact on the role of marketing.  “With mobile devices, reviews can happen in real time.  As marketers, we no longer control the message.  Branding isn’t about what we do, it’s about the reaction from somebody when they hear the brand name.”

Social media has also changed consumer habits.  “People used to be loyal to one bank, one car brand, but loyalty is out the window these days.  There’s more choice and information available, and geographic location is much less relevant.”

Perhaps Stratten’s most important message to students involved their own interaction with social media:  “Be aware of the digital trail you leave – never text or put something on Facebook that you wouldn’t want to see on a billboard.”

Following the presentations, students had the opportunity to participate in roundtable sessions with all three speakers as well as Randy Pilon, Jeff Zabudsky, President and CEO of Sheridan, and Sylvia Lowndes, Dean of the Pilon  School of Business.

A draw was held to award three students each with a $1,000 scholarship from Virox.  The lucky winners were Kiersten Jensen , Alethea Baptista  and Mary Catherine D’Agostino.

Congratulations to two alumni who captured top honours at the 25th Ontario Skills Competition this month.