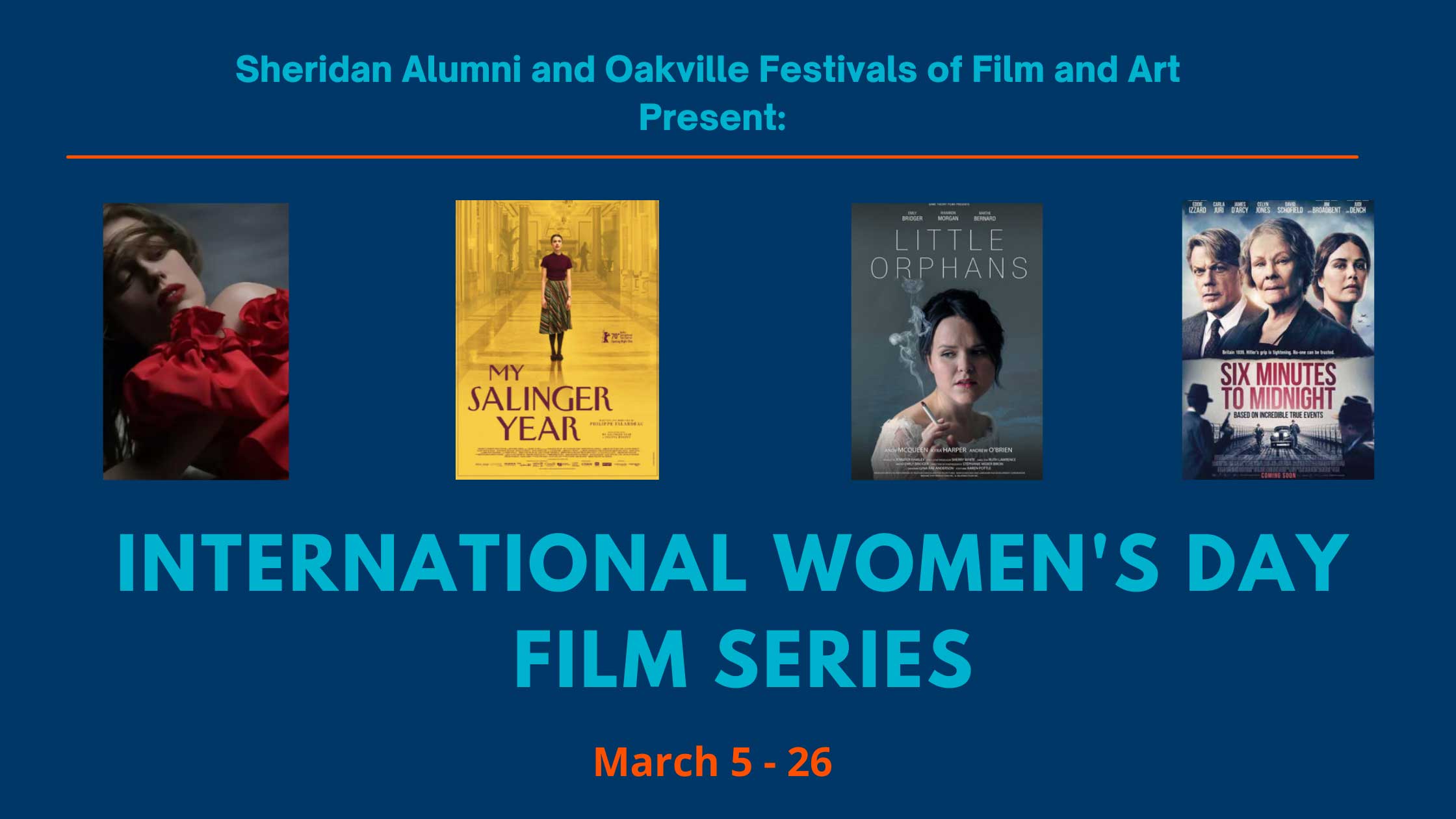 Each Friday, a different film will be screened at 7:30pm. Starting at 7:15pm EST. Attendees will be treated to a pre-show virtual cocktail mixer with a cocktail making and a toast by Zirkova Vodka, as well as a musical performance by a different Canadian female artist each week, including: Bolu, Sydney Mae, Semiah Smith, and Rozette .

Each film will be followed by a Q&A with some of the directors, screenwriters, actors, or others affiliated with the film production. We are thrilled to have Sheridan grad and assistant director Lauren Guyatt (Advanced Television and Film ’08) joining us on Friday, March 5th for the film screening and Q&A of Sugar Daddy.

Films are available to watch for 7 days after their initial screening date.

Ontario digital festival Premiere- Helmed by Vancouver Director Wendy Morgan and written by actor Kelly McCormack who also stars in the film opposite Colm Feore. Sugar Daddy follows the story of Darren – a talented and unconventional young musician who dreams of making music like nobody has ever heard before. But she’s broke, juggling multiple part-time jobs, and has no time to create. Desperate for cash, she signs up to a sugar daddy paid-dating website and throws herself down a dark rabbit hole that forces her to grow up fast, shaping her music, and how she sees the world. According to Director Morgan, the film reflects “feminism in the modern consciousness”.

An exceptional drama from St. Johns, Newfoundland which focuses on 3 sisters dealing with childhood abandonment by their mother, and issues of substance abuse and personal growth. This incredible film is the first feature for Director Ruth Lawrence and writer Emily Bridger, who also stars in the film opposite Marthe Bernard (Republic of Doyle) and Rhiannon Morgan (Black Conflux).

Canadian digital festival premiere. Based on a true story, Judi Dench plays a British woman headmistress of a finishing school for girls, a boarding school that houses daughters of the leaders of the Third Reich (German girls- innocent of any crimes) during the time leading up to the declaration of the Second World War.

A pre-taped Q&A will be shown after the screening due to UK participants.