An Evening with Cherie Dimaline 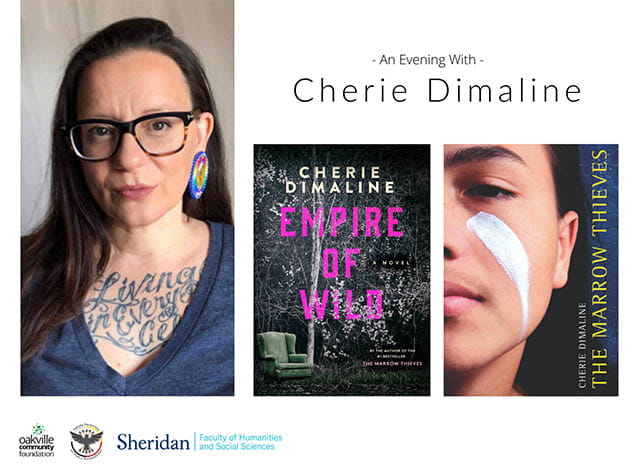 In partnership with the Oakville Community Foundation, and in support of the Oakville Partnership on Truth and Reconciliation, Sheridan is delighted to host best-selling and award-winning Métis author, Cherie Dimaline (The Marrow Thieves, Empire of Wild).

Cherie Dimaline is an award-winning Métis writer. Her 2017 young adult novel, The Marrow Thieves, a finalist in CBC’s Canada Reads, also received several awards, including the Governor General's Award and the Kirkus Prize in the young adult literature category. Her most recent work is the adult novel, Empire of Wild, a national bestseller selected as Indigo’s #1 book of 2019.

Many Indigenous communities celebrate the new year throughout the month of January, and Sheridan will contribute to such celebrations by featuring Dimaline in conversation about her work and how she and other Indigenous writers are drawing upon their cultural traditions and creativity to re-shape Canadian literature.

This evening of conversation represents the first installment of The Faculty of Humanities and Social Sciences’ C² = The Creativity Calendar, an initiative bringing noted speakers and activities related to creativity to the Sheridan community throughout the Winter 2020 term. Stay tuned to the INSIDER for updates on forthcoming C² programming!

This free event is open to the public, so we encourage you to register early to secure your seat. Based on attendance, select additional tickets will be made available at the door during the event on a first come, first served basis. This event is followed by an audience Q&A and book signing.