Music 🎹
A life-long music lover, Janice (who received her Honours Bachelor of Music from McMaster University) worked as promotion manager for Canada’s largest educational music publisher until the mid-90s.

Interactive Media
Janice then started her relationship with Sheridan College as a student in the first class of the post-grad Interactive Multimedia program (IMM), graduating in 1996. She was hired directly from the program as a multimedia developer/instructional designer of e-learning modules for Corus Consulting (acquired by Hatch Consulting).

Instructional Design
During more than 10 years at Hatch and TOA Consulting Services, Janice developed online courses for adult learners. As project co-ordinator on many large e-learning projects, she organized the completion of hundreds of learning modules by co-ordinating subject-matter experts, instructional designers, graphic artists, and programmers. She edited graphics, audio, and video, including thousands of voice-overs.

Bachelor of Education
Taking a year off to obtain a Bachelor of Education degree in Communications Technology from OISE/UT (Ontario Institute for Studies in Education at University of Toronto), Janice taught communications technology and instrumental music to high-school students in the Halton District School Board. A member of the Ontario College of Teachers since 2005, Janice holds the professional designation of “Ontario Certified Teacher” (OCT).

Described Video
Hired back to S&S Productions in 2009, Janice was a writer and narrator of described video scripts for the vision-impaired for broadcast. She was the voice of animated television series such as Total Drama World Tour, Stoked, and Bolts and Blip.

This led Janice to form her own company, Fifi Described Video, which provides audio description for the vision-impaired and closed captioning for the hearing-impaired for television and film. Writing and recording audio tracks for the vision-impaired, she is the voice of many television shows and films. Projects include Landscape Artist of the Year Canada, Red Green’s Wit and Wisdom Tour Live! (Comedy), Love It or List It (W Network), and Canada Sings (Global). Branching out into closed captioning (CC), Fifi DV also transcribed two seasons of Paddling Bryans on Travel+Escape (T+E) and Door to Door (T+E).
https://www.facebook.com/FifiDV

Sheridan College
Janice returned to Sheridan in 2012 to teach in the Interactive Multimedia (now Interactive Media Management) post-grad program that she graduated from in 1996. She currently teaches several courses in the Faculty of Applied Science and Technology, including Audio/Video 1 and 2, Interactive User Interface Design, and Innovation.  She is Course Lead for both Audio/video courses and Innovation: from Idea to Execution.

She has also developed over a dozen courses for the Faculty of Continuing and Professional Studies at Sheridan. 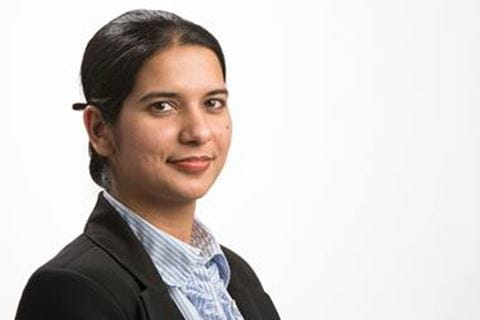