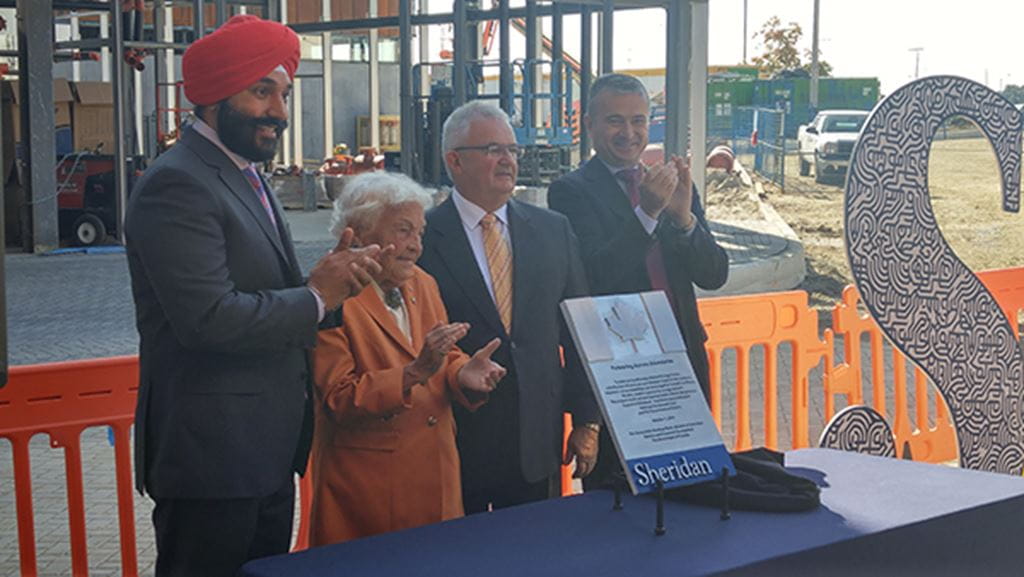 The Honourable Navdeep Bains, Minister of Innovation, Science and Economic Development, and Amrit Mangat, MPP for Mississauga-Brampton South, today announced a major investment in a $21.4 million infrastructure project at Sheridan.  Through its Postsecondary Institutions Strategic Investment Fund, the federal government is contributing $9.9 million, while the Province is adding $2.6 million, with the balance provided by the institution.

The project title is “Partnering Across Boundaries:  Bringing Global Leadership to Academic-Municipal Collaboration on District Energy.”   It will see Sheridan build on its established district energy expertise and infrastructure by reaching beyond its campus boundaries to partner with municipal and public partners in Brampton and Oakville.  The goal is to extend Sheridan’s networks into community district energy nodes, establish appropriate governance, and validate a replicable and scalable model for academic-municipal collaboration on district energy.

“The Partnering Across Boundaries project evolved from our award-winning Integrated Energy and Climate Master plan, which aims to reduce energy and carbon emissions by 50% by 2020,” said Dr. Jeff Zabudsky, Sheridan’s President and Vice Chancellor. “With this funding, we will work with our local municipalities to share our district energy expertise and develop a model for academic-municipal collaboration that can be shared nation-wide.”

“This once-in-a-generation investment by the Government of Canada is a historic down payment on the government’s vision to position Canada as a global centre for innovation, “said Minister Bains. “That means making Canada a world leader in turning ideas into solutions, science into technologies, skills into middle-class jobs and start-up companies into global successes. This investment will create conditions that are conducive to innovation and long-term growth, which will in turn keep the Canadian economy globally competitive.”

Prior to the announcement, federal, provincial and municipal elected representatives toured the District Energy Centre, which is housed in the new Skilled Trades building at the Davis Campus, slated to open in January, 2017.  The Energy Centre will showcase modern systems for the simultaneous production of thermal and electrical energy, and will also be used as an educational tool for engineering technology programs, as well as a training facility for the numerous trades programs delivered at Sheridan.  A similar facility, slated for completion in early 2017, is under construction at the Trafalgar Road Campus in Oakville. 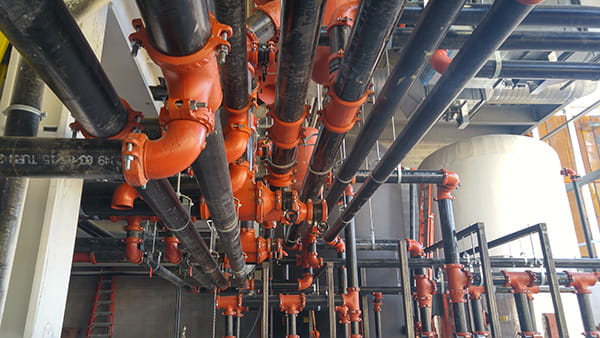 A view of the District Energy Centre at the Davis Campus

“A modern district energy network provides tremendous benefits in reliability, sharing and transferring heat from location to location, and efficient central generation of energy,” said Herb Sinnock, Sheridan’s Manager of Sustainable Energy Systems and the lead researcher for the Partnering Across Boundaries Project.  “With this investment, we’ll build on our own district energy project to reach out to our communities in Brampton and Oakville to work together in developing neighbourhood district energy plans, the first step in establishing municipal thermal district energy utilities.”