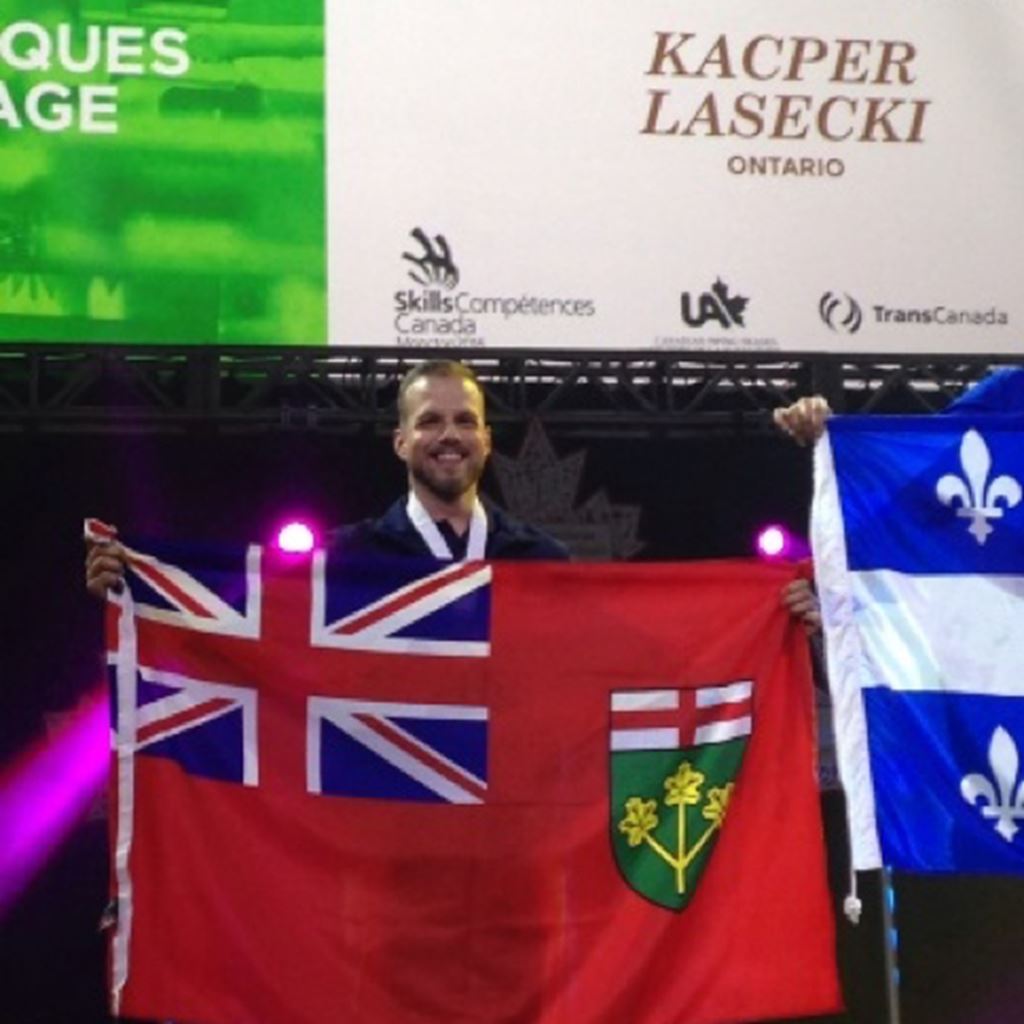 The Precision Machining Contest took place over two days, and challenged participants to work with both brass and aluminum on lathe and milling machines. Participants faced tiny margins of error, as they were expected to keep to deviations of 0.001” or less than 1/3 the thickness of a human hair. Lasecki placed third out of ten competitors. 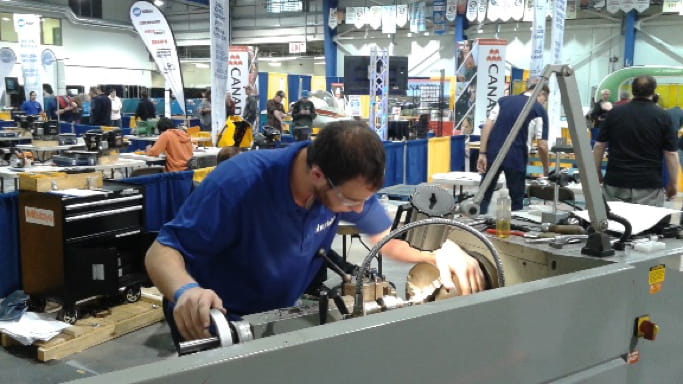 The event, which was open to the public, welcomed over 500 competitors in 40 different trade and technology skills competition area. In addition to competitions, the event also consisted of an exhibit zone with technology activities to showcase a variety of trades. Canada’s top trades employers, associations, labour groups and training institute and government partners were on site to show how the technology and skille trades play a role in our every day life.

“We are very proud of our apprentices and their exemplary performance in this competition,” said Alan Reid, Associate Dean of Skilled Trades within the Faculty of Applied Science and Technology at Sheridan. “Our students continue to bring a tremendous standard of quality to their work in national competitions, as they do in the classroom.”   Sheridan won six medals at the 2016 Ontario Skills competition, held in May 2016.

Sheridan’s pre-trades and apprenticeship programs are based in Oakville, Ontario, at Sheridan’s Skilled Trades Centre (STC). One of the best training facilities of its kind in Ontario, STC provides over 700 full-time students with hands-on instruction in trades such as electrical work, plumbing, welding, and tool and die-making.  These programs will be moving to a purpose-built, state of the art new facility at our Brampton Campus in Fall 2017.

For more information about the new building under construction, please visit: http://stc-davis.sheridancollege.ca.