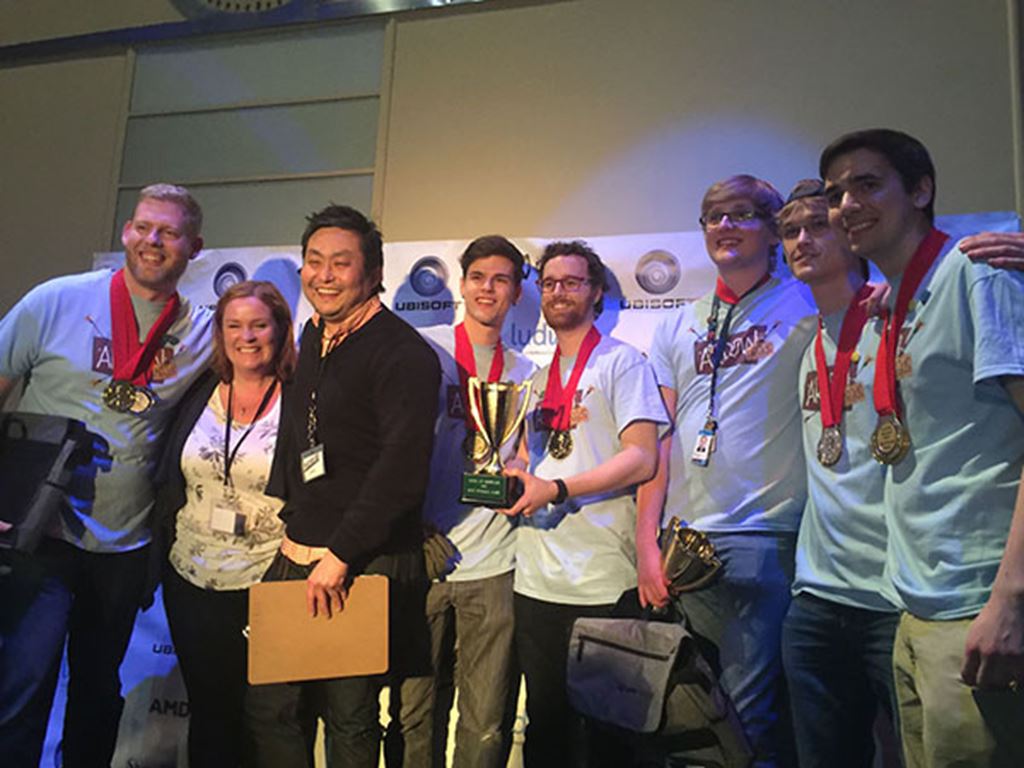 A team of students from Sheridan’s Bachelor of Game Design won Best in Show and Best Artistic Achievement at the sixth annual Level Up Student Showcase, held earlier this week in Toronto.  The award-winning game is called Arrowheads, a multi-player, free for all game that features bird-like characters. 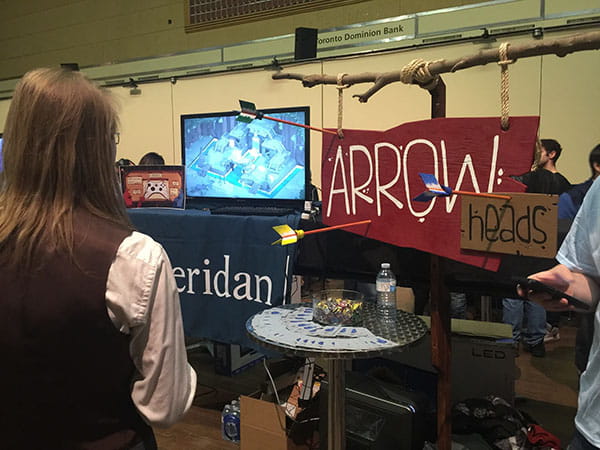 In addition to taking top prizes, what sets Sheridan’s winning team apart from the competition is that it was comprised of 2nd year students who created their game on their own time, while most of the entries were capstone or final year projects.  Team members included Cody Romphf, Benjamin Scott, Brendan Muir, Zack Wolfe, Shae Humphries and Joshua Cappelli.  Their experience in developing the game was not without its hurdles.  “The team originally had another take on the game’s flow, but it didn’t play well and we had to rework our concept into something that gave a better experience,” said Cody Romphf.  “We wanted to aim as high as we could and put everything into it.”  Their efforts paid off, as they were swarmed by industry reps in attendance at the Showcase following their wins.

Now in its sixth year, the Level Up Student Showcase puts the next generation of game developers at the forefront, highlighting Ontario’s top postsecondary talent in the field of game design.  The competition included over 100 games submitted by various schools including OCADU, Algonquin, UOIT and the University of Toronto.  Past winners of the Best in Show category have gone on to achieve commercial success; the 2014 winner was released on the Nintendo Wii U, with 2015’s winner slated for release this year on Steam, a popular  online gaming forum.

Sheridan’s Bachelor of Game Design program launched in the fall of 2013, the first four-year degree of its kind in Canada.  Curriculum includes game design and mechanics, game narrative and audio, 2D and 3D art and animation, programming, development and project management.  Assignments and class work focus on case studies, simulations and lab projects, and students also complete a Co-op work term within the industry.