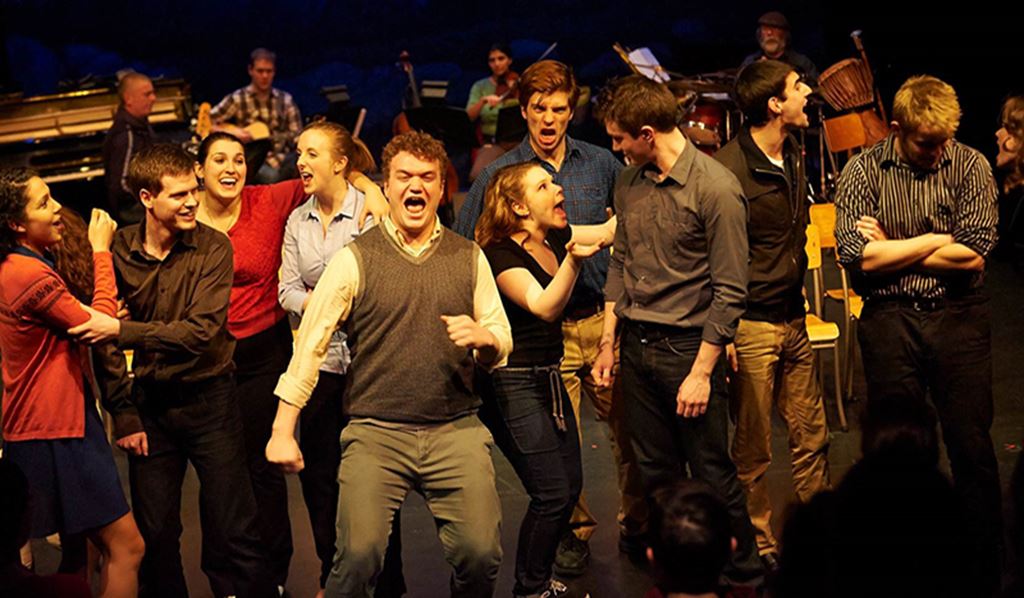 The CMTP Festival of New Musicals takes place this weekend

Sheridan College’s Canadian Music Theatre Project (CMTP) has enjoyed tremendous success, launching new musicals that are being produced and further developed by leading theatres around the world. (To learn more about CMTP and the works developed to date, click here.).

Forty-five minute readings of each musical will be presented during the second annual Canadian Music Theatre Project Festival, October 8-10, on the main stage at Sheridan College’s Trafalgar Campus in Oakville, Ontario.

The Canadian Music Theatre Project was launched in 2011 and is Canada’s first incubator for the development of new musical theatre works by Canadian and international composers, lyricists and book-writers.