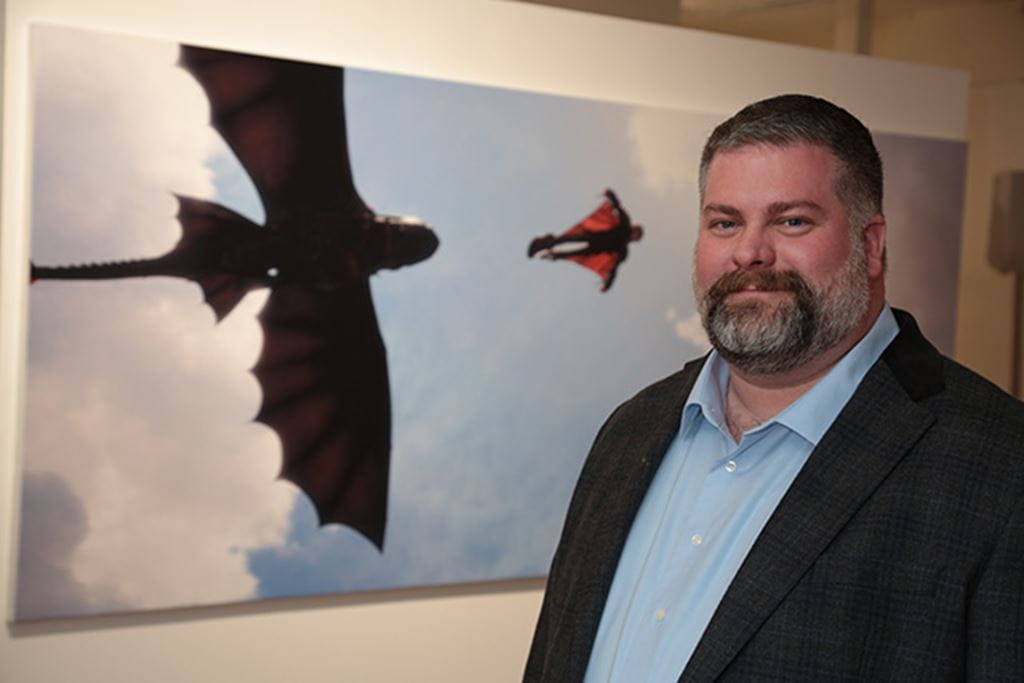 Two-time Oscar nominee Dean DeBlois offers an up-close look at the creation of award-winning animated feature How to Train Your Dragon 2 on Tuesday, October 13 at the Screen Industries Research and Training Centre (SIRT) in Toronto. The writer and director behind the How to Train Your Dragon trilogy will share his approach to writing, storytelling, production and delivery of the film at SIRT which is located at Pinewood Toronto Studios at 225 Commissioners Street. DeBlois’ remarks will start at 6:30 p.m. following a tour of SIRT which begins at 5:30 p.m.

Prior to his presentation at SIRT in Toronto, DeBlois will visit Sheridan College’s Trafalgar Campus in Oakville to speak to animation students.

DeBlois came to Sheridan from Aylmer, Quebec as a student in the International Summer School Animation program. After graduating from the program in 1990, he started his career at Hinton Animation Studios and worked on the television series The Raccoons. DeBlois was then hired by renowned director Don Bluth in Ireland and worked on the features Thumbelina and A Troll in Central Park. In 1994 DeBlois joined Walt Disney Feature Animation where he met Chris Sanders and together they served as co-heads of story on Mulan. The pair went on to write and direct the Oscar-nominated film Lilo & Stitch.