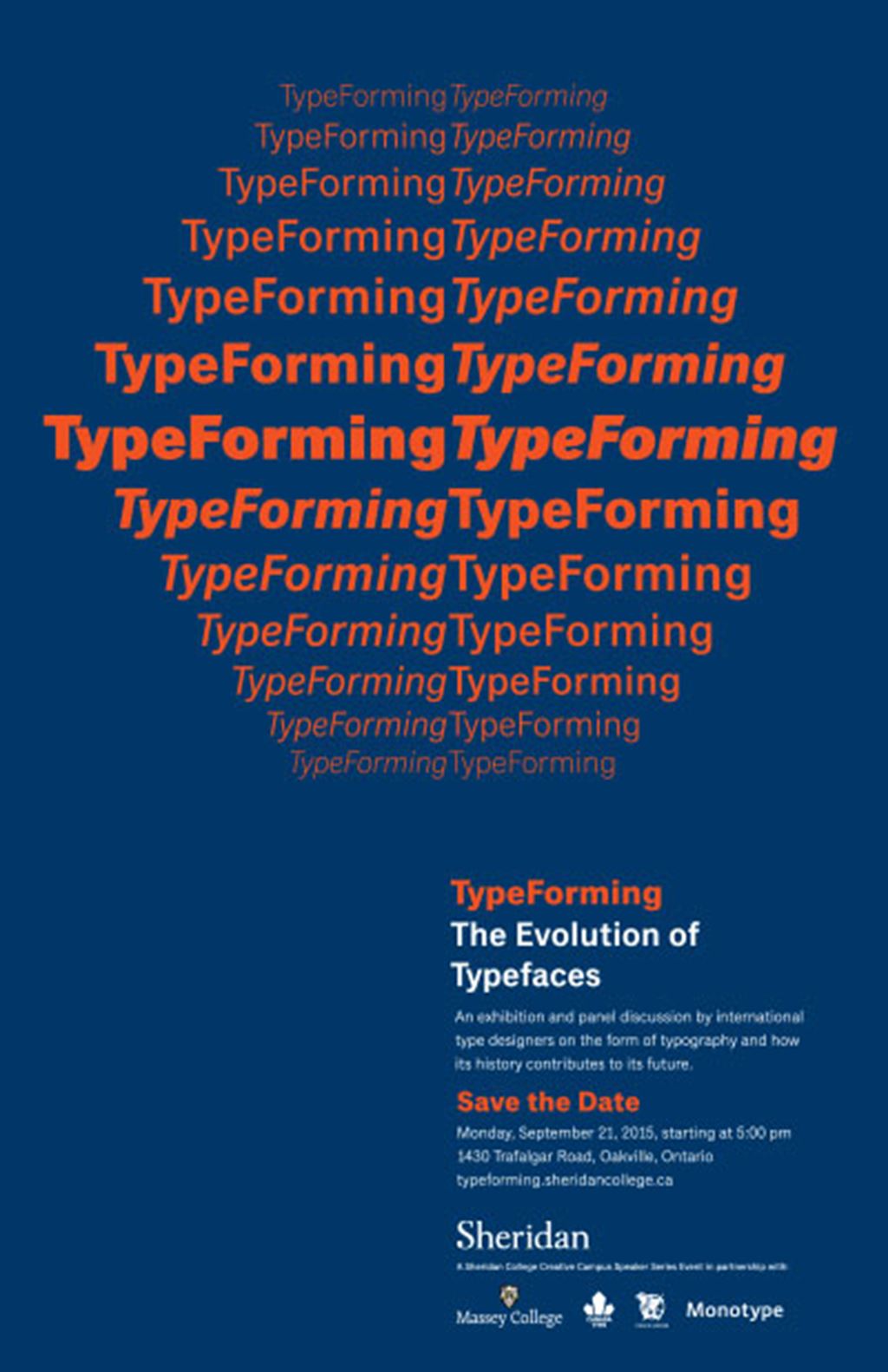 Celebrating Canada’s typographic history and discussing the future of typography

An international panel of type and design experts will gather at Sheridan College on September 21 for free public lecture (registration required) about the form of typography and how its history contributes to its future. The discussion will follow an exhibition and world premiere screening of a digitized and expanded film by Carl Dair, who designed Cartier – Canada’s first Latin typeface.

The film, Carl Dair at Enschedé: The Last Days of Metal Type features a digitized version of the 1957 silent film shot by Dair while studying in Holland with one of the last great European letter punch cutters, Paul Rädisch. It begins with a prologue by noted Canadian type designer Rod McDonald, who in 1998, updated and expanded Dair’s Cartier typeface for digital technology. The film is narrated by Matthew Carter, one of the world’s leading typeface designers who also studied with Rädisch. Carter explains the historic art of punch-cutting and casting in which the hand written letters of scribes were engraved into steel to produce the typefaces used in printing presses. In the interview that follows, Carter reflects on his own time at Enschedé and discusses the dying days of a highly complex and exacting manual technique. Co-produced by Sheridan College and Massey College at the University of Toronto, the film reveals the beauty and skill involved in this obsolete art form and adds to the world’s body of knowledge on making typefaces.

The panel discussion involves Matthew Carter and Rod McDonald, as well as Charles Nix and Allan Haley of Monotype, a leading global provider of typefaces and technologies. The panelists will discuss the film and the value of the abandoned process for type designers today, who create fonts using computer-based, digital technology.

The exhibit in the Sheridan Art Gallery, open prior to the film screening, includes artifacts such as didactic panels, photographs, sketches, tools, letters and books. It tells the story of Carl Dair’s quest to create Canada’s first Latin typeface as part of the 1967 centennial as well as Rod McDonald’s redesign of the typeface for digital technology and his struggle to turn a lettering design into a readable text typeface while maintaining the vitality of the idiosyncratic original.

An exclusive first edition of a 112-page hard cover book, Epistles to the Torontonians, published by Coach House Press and Sheridan College will also be available for purchase.  It includes letters by Dair to the Toronto typographic community, written in his distinctive calligraphy and reproduced at actual size, a DVD containing the film, Carl Dair at Enschedé with subtitled versions in French and Dutch, as well as a special 16-page insert showing rarely seen images of Dair’s original drawings for Cartier.

The event is part of Sheridan’s Creative Campus series, which features a selection of distinguished talks by dynamic speakers who address subjects related to creativity that are conducive to open, interdisciplinary dialogue. This talk equally highlights Sheridan’s goal to build special collections in its Library and Learning Services division in support of teaching and applied research.

What:     TypeForming: The Evolution of Typefaces – a Creative Campus event

To register for the free event, please visit: typeforming.sheridancollege.ca

To watch a trailer for the film, please visit: https://www.sheridancollege.ca/news-and-events/events/typeforming-the-evolution-of-typefaces.aspx