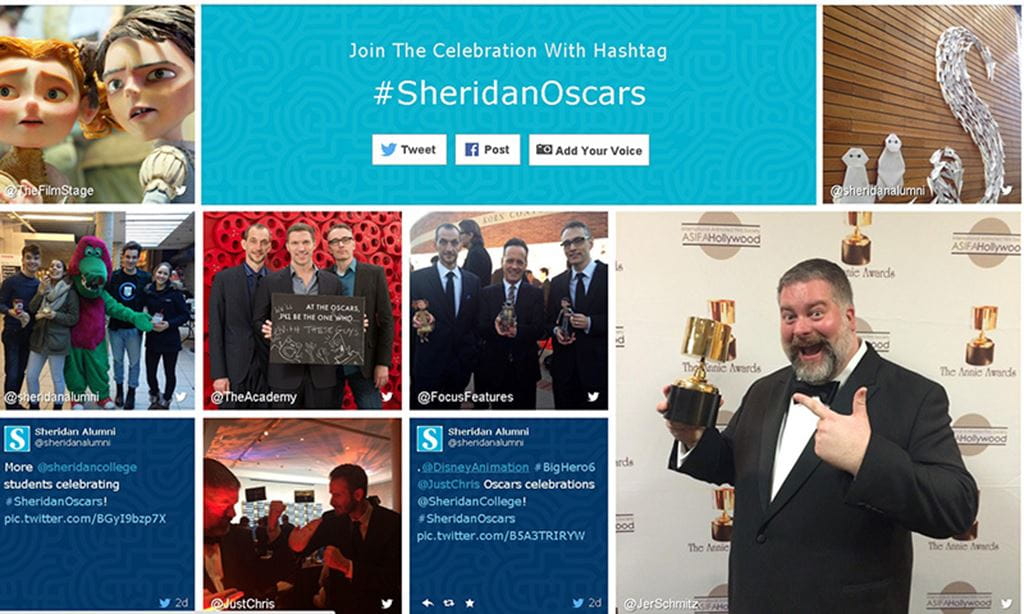 Sheridan will host an Oscar night party on Sunday, February 22 at the Trafalgar Road Campus in Oakville. Students, alumni, faculty and staff are invited to watch the Oscar telecast at The Marquee Pub and cheer on Sheridan’s three nominees. The free event will begin with red carpet coverage at 7:00pm and will feature prizes, games and other activities.

The Oscar party is part of Sheridan’s month-long celebrations on campus, including screenings of each nominated film, student art activities based on the films and various hallway festivities. Alumni, students and staff are sharing all the awards season excitement through #SheridanOscars.