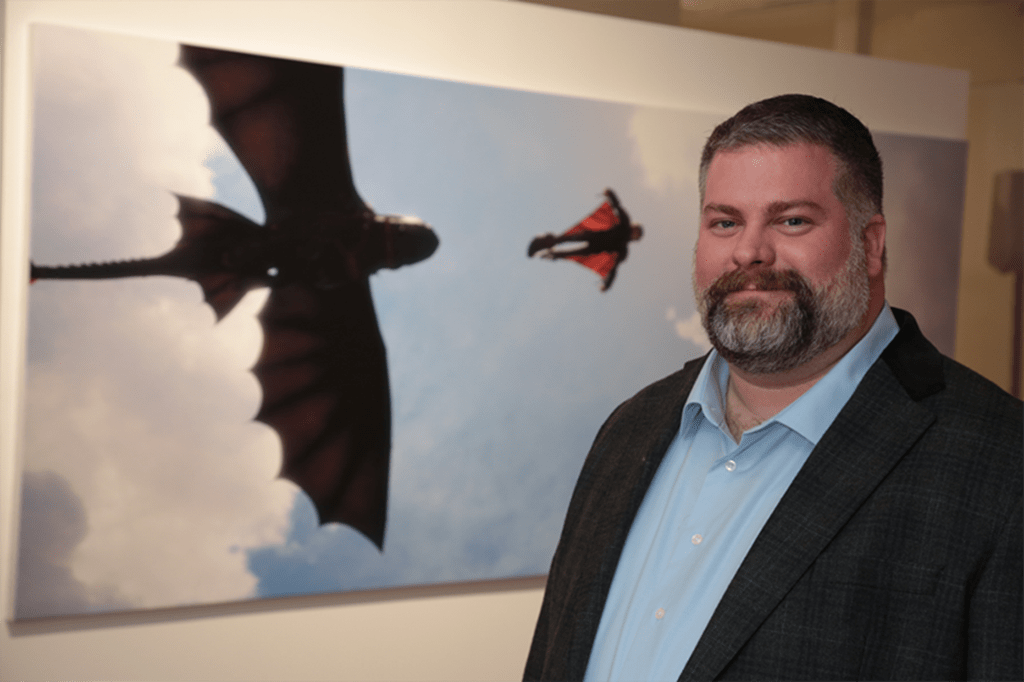 How to Train Your Dragon 2 took top honours at the Annie Awards on January 31, winning Best Animated Feature and Outstanding Achievement, Directing for Dean DeBlois.

The 42nd Annie Awards, which recognized the best in film and television animation in 2014, were presented at UCLA (University of California, Los Angeles).

A 1990 graduate of Sheridan’s renowned animation program, DeBlois wrote and directed How to Train Your Dragon 2 for DreamWorks Animation. He was also the executive producer of the film, the second in the trilogy which follows the adventures of a young viking hero and his dragon.

How to Train Your Dragon 2 dominated the evening, picking up four additional Annie Awards in the categories of Character Animation, Editorial, Music and Storyboarding. DeBlois received a Best Writing nomination for the film, as well.

In addition to How to Train Your Dragon 2, two of the eight films nominated in the Best Animated Feature category were directed by animators who studied at Sheridan. The Boxtrolls was co-directed by Graham Annable and Big Hero 6, was co-directed by Chris Williams.

Annable and Williams joined DeBlois as nominees for Outstanding Achievement, Directing in an Animated Feature Production. However, both The Boxtrolls and Big Hero 6 were recognized with awards in other categories. The Boxtrolls won Annies in Voice Acting and Production Design, and Big Hero 6 received the Annie Award for Outstanding Animated Effects in an Animated Production.  Many Sheridan graduates contributed their talent to both these animated films and How to Train Your Dragon 2.

On the television side, Sheridan animation graduate, Mark Ackland was nominated for Outstanding Achievement, Storyboarding in an Animated TV/Broadcast Production for Wander Over Yonder – Disney Television Animation.

These latest accolades for How to Train Your Dragon 2 follow a Golden Globe Award win for Best Animated Feature on January 11, 2015, and an Oscar nomination in the same category. The Oscars will be presented on February 22.

DeBlois received a 2011 Academy Award nomination for Best Animated Feature Film for How to Train Your Dragon, which he co-wrote and co-directed with Chris Sanders. The film garnered DeBlois two Annie Awards that same year for Best Writing and Best Directing.

Born in Aylmer, Quebec, DeBlois worked as an animator in Ottawa while simultaneously attending Sheridan. Following graduation, he was hired by renowned director Don Bluth in Ireland. DeBlois joined Walt Disney Feature Animation in 1994, where he contributed to Mulan (1998), and went on to co-direct Lilo and Stitch (2002) with Chris Sanders.

Above: A still image from DreamWorks Animation's How to Train Your Dragon 2