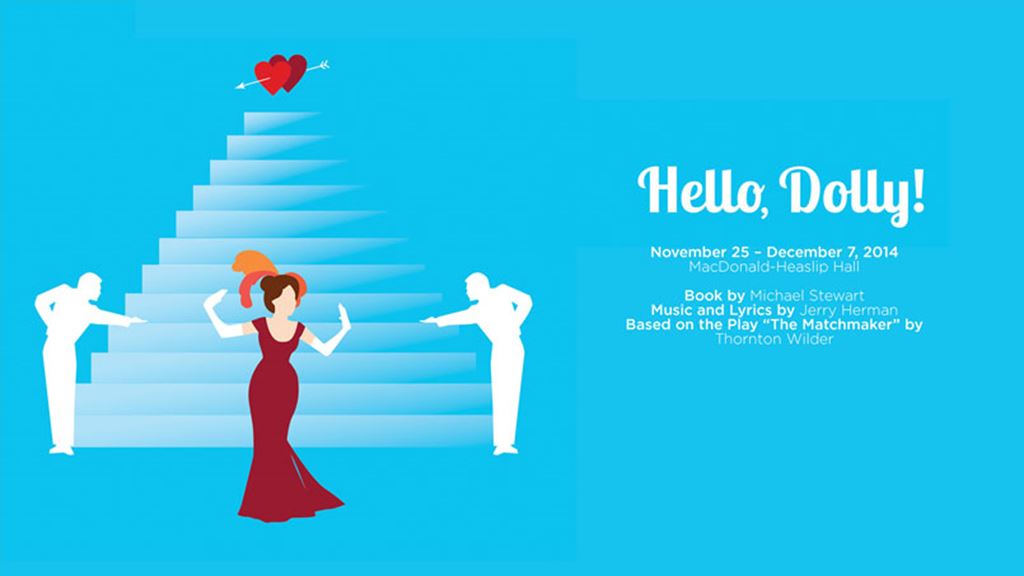 Theatre Sheridan sets the stage for an exciting new season

Theatre Sheridan proudly announces the line-up of shows for its 42nd season, featuring a blend of Broadway classics, rare gems and innovative, immersive theatrical experiences.  Following is a brief overview of this season’s shows, which are staged alternately in MacDonald-Heaslip Hall and the more intimate Studio Theatre (with the exception of Brantwood 1920-2015).

Hello Dolly!, November 25 – December 7:  The season launches with this classic Broadway musical which features the story of matchmaker Dolly Levi, who strives to bring romance to several couples and herself in early 20th century New York.   First produced on Broadway in 1964, Hello Dolly! won a record 10 Tony Awards, including best Musical.

Little Women, November 27 – December 27 (Studio Theatre):  Based on the novel of the same name by Louisa May Alcott, it relays the lives of the four March sisters during the American Civil War.

In the Heights, February 17 – March 1:  Set in the Dominican-American neighbourhood of Washington Heights in New York City, it made its Broadway debut in 2008 and earned thirteen Tony nominations and four awards, including Best Musical.

A Man of No Importance, February 19 – March 1 (Studio Theatre):  Alfie Byrne is a bus driver in 1964 Ireland, whose heart holds secrets he can’t share with anyone except his imagined confidante, Oscar Wilde.  It won Best Off-Broadway Musical award in 2003.

Brantwood 1920-2015, April 14 – 25:  This new work by Mitchell Cushman and Julie Tepperman is being developed as part of the Canadian Music Theatre Project.  Billed as a mysterious, immersive musical experience, it will be staged at Brantwood School, 221 Allan Street in Oakville.  Audience members will participate as members of Brantwood’s final graduating class, invited back to tour their old stomping ground and immerse themselves in tales of youthful experience spanning ten decades.

Chess, April 16 – 26:  A musical with music by Benny Andersson and Bjorn Ulvaeus, formerly of ABBA, and lyrics by Tim Rice.  The story involves two chess grandmasters, an American and a Soviet citizen, fighting over a woman who manages one and falls in love with the other—all in the context of a politically-driven, Cold War-era tournament between the two men.

For tickets, call 905-815-4049, or visit the Box Office located inside the main campus entrance at the Trafalgar Road Campus.  Box Office hours are 11am – 3 pm, Tuesdays and Thursdays.

About the Canadian Music Theatre Project:Launched in 2011, the Canadian Music Theatre Project (CMTP) is Canada’s first incubator for the development of new works by Canadian and international composers, lyricists and book writers.  In a short period of time the CMTP has developed several new musicals, including Come from Away and The Theory of Relativity, which have been performed around the world to critical acclaim.

Building a culture of ethical and purposeful research

Sheridan’s commitment to building a culture of Scholarship, Research and Creative Activities (SRCA) is a central tenet, and differentiator, in…

The materials to inspire