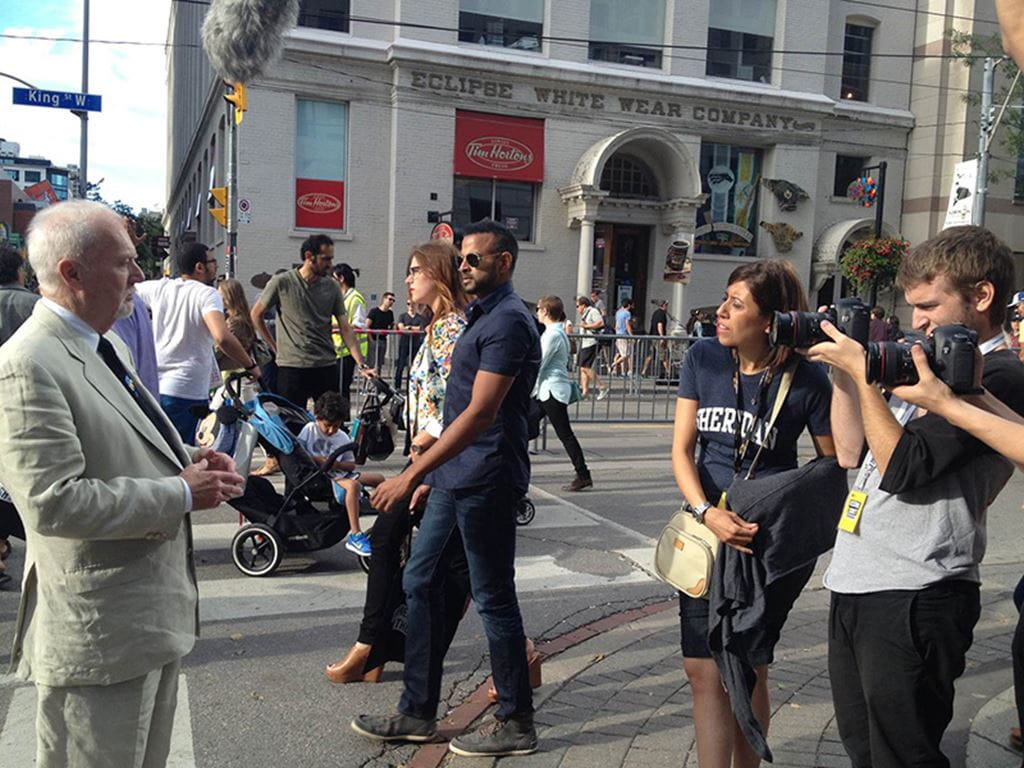 At a time when many young people were flocking downtown to star gaze with the hope of snapping a celebrity-selfie, a group of Sheridan students and alumni put their skills to work on The Festival Street Initiative, a project spearheaded by the Toronto International Film Festival (TIFF).

In an effort to engage fans and festival-goers who converged on Toronto from around the world, King Street from Peter Street to University Avenue was closed to vehicle traffic from September 4 to 7. Pedestrians were encouraged to make use of this space to take in a variety of interactive attractions that included busker, musical and film-related activities and games.

TIFF organizers reached out to Sheridan to coordinate teams that helped film along “Festival Street”
to capture the essence of the fan experience. A cohort of Advanced Film and Television alumni and current Media Arts students were selected to work with adjunct professor Marc Cohen, professor and program coordinator Jean Desormeaux and technologists at Sheridan to take on the challenge.

Sheridan’s film crews were kept busy interviewing fans, festival organizers and capturing musical and pop-up performances. Post-production work took place in the editing suites at Sheridan’s Trafalgar Campus in Oakville, and the content will be streamed on the TIFF website.

“Being asked to play a role in such a celebrated event was a great opportunity for our students and alumni and is a testament to the outstanding reputation and quality of our programs,” said Ronni Rosenberg, Dean of the Faculty of Applied Arts and Animation at Sheridan. “Partnering with the festival gave our students and alumni an opportunity to showcase their talent on an international stage.”

This isn’t the first year that TIFF organizers have turned to Sheridan to collaborate. In 2013, Sheridan students and faculty helped produce the much-lauded online virtual museum in support of director David Cronenberg’s exhibit at the Bell Lightbox theatre.  Sheridan and the TIFF Higher Learning Group have also established a set of master class events as part of curriculum for students, and the Lightbox has been the choice venue for student year-end film screenings. 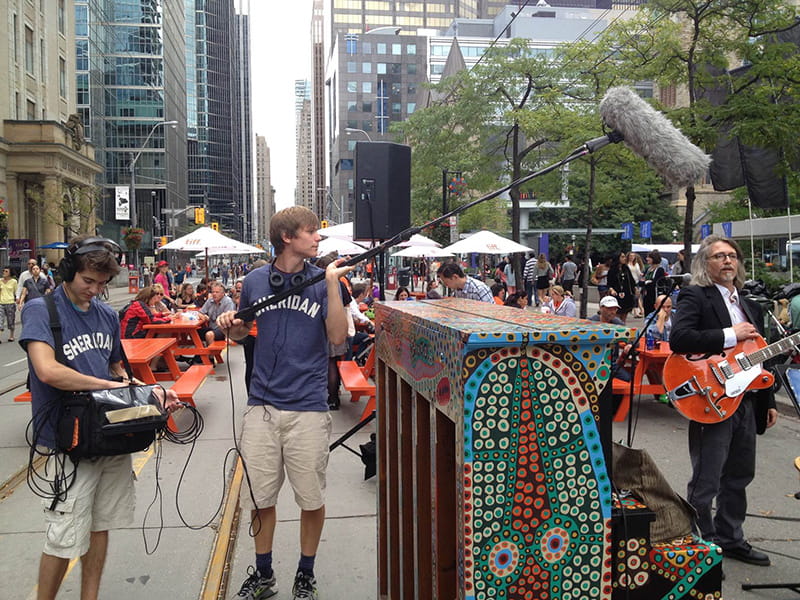