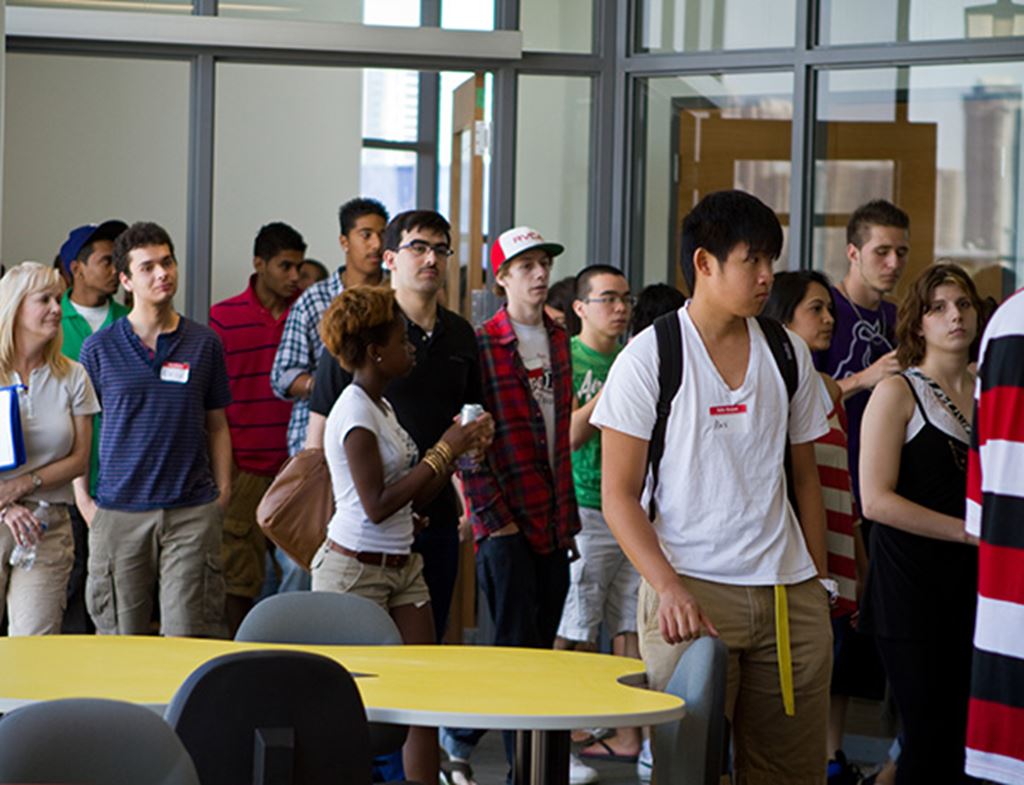 Sheridan prepares to welcome over 8,000 first-year students in September

Every fall, Sheridan welcomes thousands of first year students, most of who are embarking on their first postsecondary experience.  To assist with their transition and prepare them for academic success, the college offers a comprehensive orientation program that begins in late July and runs through the beginning of September.

“Successful orientation programs have a powerful influence on a student’s academic transition and social integration,” says Joe Henry, Associate Dean of Student Success at Sheridan.  “They help students familiarize  themselves with the many sources of help on campus, build peer support networks and get a jump-start on finding out about student activities and organizations – all before the stress of school work begins.”

Each program of study at Sheridan has its own customized orientation, providing students with an opportunity to meet with faculty to learn more about their program structure and requirements.  Sessions cover the full range of resources and services available on campus, including an overview of the many ways in which students can engage and connect with their peers through clubs, varsity and intramural sports, volunteering, and involvement in student government.

Mature students who have been out of school for an extended period of time receive a specialized orientation designed to help them re-integrate into the academic environment.  International students, of which more than 1,700 are expected to start their studies this fall, also receive a customized orientation to ease their transition to life in Canada.

Over the past decade, Sheridan has placed increasing emphasis and focus on its orientation programming, having recognized the important contribution it can make to student retention and success.  The college’s own statistical tracking has shown that those who participate in orientation tend to perform better academically than those who do not.

“We’ve compared cohorts of students who have participated against those who chose to sit out,” says Henry.  “Of those who participated in 2012, 81% were in good academic standing after the first term, and had a higher average GPA than those who didn’t attend.”

The program’s success was recognized with a Gold Award of Excellence from Canada’s national association of colleges and institutes in 2011, presented to Dawn Sweeney, First Year Experience and Orientation Coordinator.

Passion for teaching that shines in the classroom – and on TikTok

If you’re among the thousands of students who have enjoyed learning from Robert Tkach over the past 40-plus years, you owe a debt of gratitude to an old Hamilton steel mill.

Supporting Indigenous students at a distance during the pandemic

The sudden shift to remote learning necessitated by the global COVID-19 pandemic has posed a host of challenges for learners...