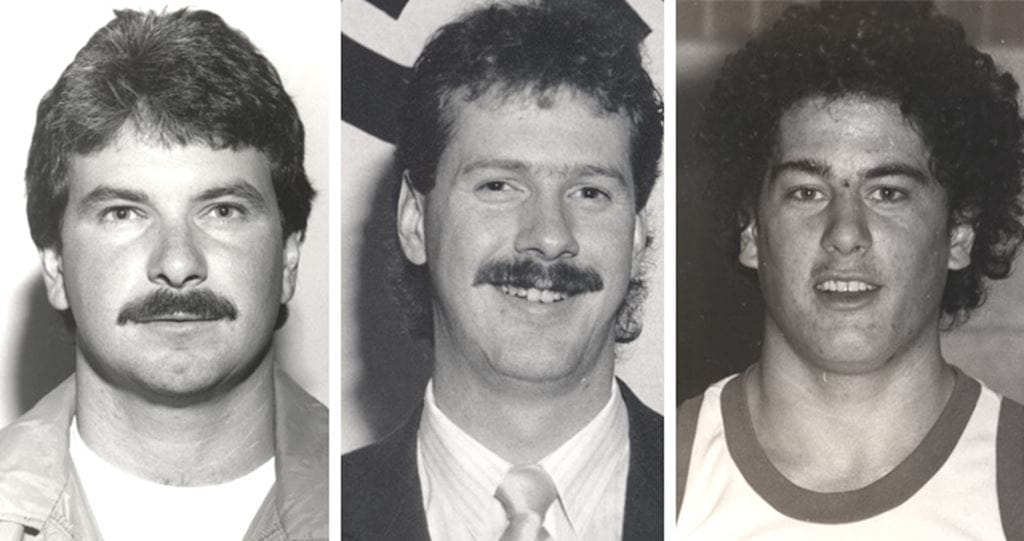 “As always, we have a great group of inductees this year,” athletic director Jim Flack said. “The contributions that these three individuals have made on the ice and on the court are undeniable, as are the accomplishments they have achieved once they entered into the workforce armed with a Sheridan education.”

Owen Griffiths (athlete, men’s hockey) - A career that began in 1982-83 — when the Double-Blue won the OCAA championship — Griffiths commitment to the Sheridan Bruin philosophy and history has never wavered.

He was a stalwart defenseman for three seasons, having been an OCAA All-Star and team MVP in 1983-84 and he was the captain of the 1984-85 squad.

During his three years, he wore the Double-Blue sweater in 70 games, the fourth highest total in team history.

Following his playing days, he was an incredible assistant coach to Steve Blundy, and has been a lynchpin to the Bruin Hockey alumni to this day.

"There is no hockey player who has put more into our athletic program and brand, period,” Flack said.

Bob Landry (athlete, men’s hockey) — Though he only played two seasons for the Double-Blue, Landry’s impact was immense.

He sits fifth on the team’s all-time goal-scoring and points lists, and posted the sixth highest assist total.

"Bob is already a member of the OCAA All-Millenium Hockey team, so maybe we got this one backwards, but he clearly belongs in our own Hall,” Flack said.

Jerry Auger (athlete, men’s basketball) — Auger was an incredible basketball player, and truly a foundation to the success that the Bruins enjoy to this day.

His 875 points sits seventh on the Bruins all-time scoring list, and he is one of only eight Sheridan players to have eclipsed the 800-point mark.

In 1977-78, Auger and the Bruins posted an 18-2 league record, won the OCAA bronze medal — where he was named a tournament all-star — and went to the national championship tournament in Montreal.

"Jerry embodies everything that is great about Sheridan,” said former athletic director and men’s basketball head coach Dick Ruschiensky. "He was a great athlete, he graduated and he has gone on to become an extremely successful businessman where he has given back to his community of Guelph in many, many ways.".

In addition to the inductions, there will also be a special dedication ceremony as the second floor weight-training and cardio rooms of the J.M. Porter Athletic Centre will now become the Stephen P. Blundy Fitness and Training Centre.

Steve Blundy, who succumbed to cancer after a lengthy battle this past January, left indelible fingerprints on every aspect of the Sheridan philosophy.

His most significant time was spent managing the fitness facility in Oakville over the course of a 35-year career, but he is also the only Sheridan Bruins Hall of Fame legacy inductee, having met the criteria as an athlete, coach and builder when he was enshrined in 2012.

“The impact that Steve had as a friend, coach and mentor to many within the Sheridan and Oakville communities simply cannot be overstated,” said Flack. “The Blundy name will always be synonymous with Sheridan and this dedication is just a further example of that.”