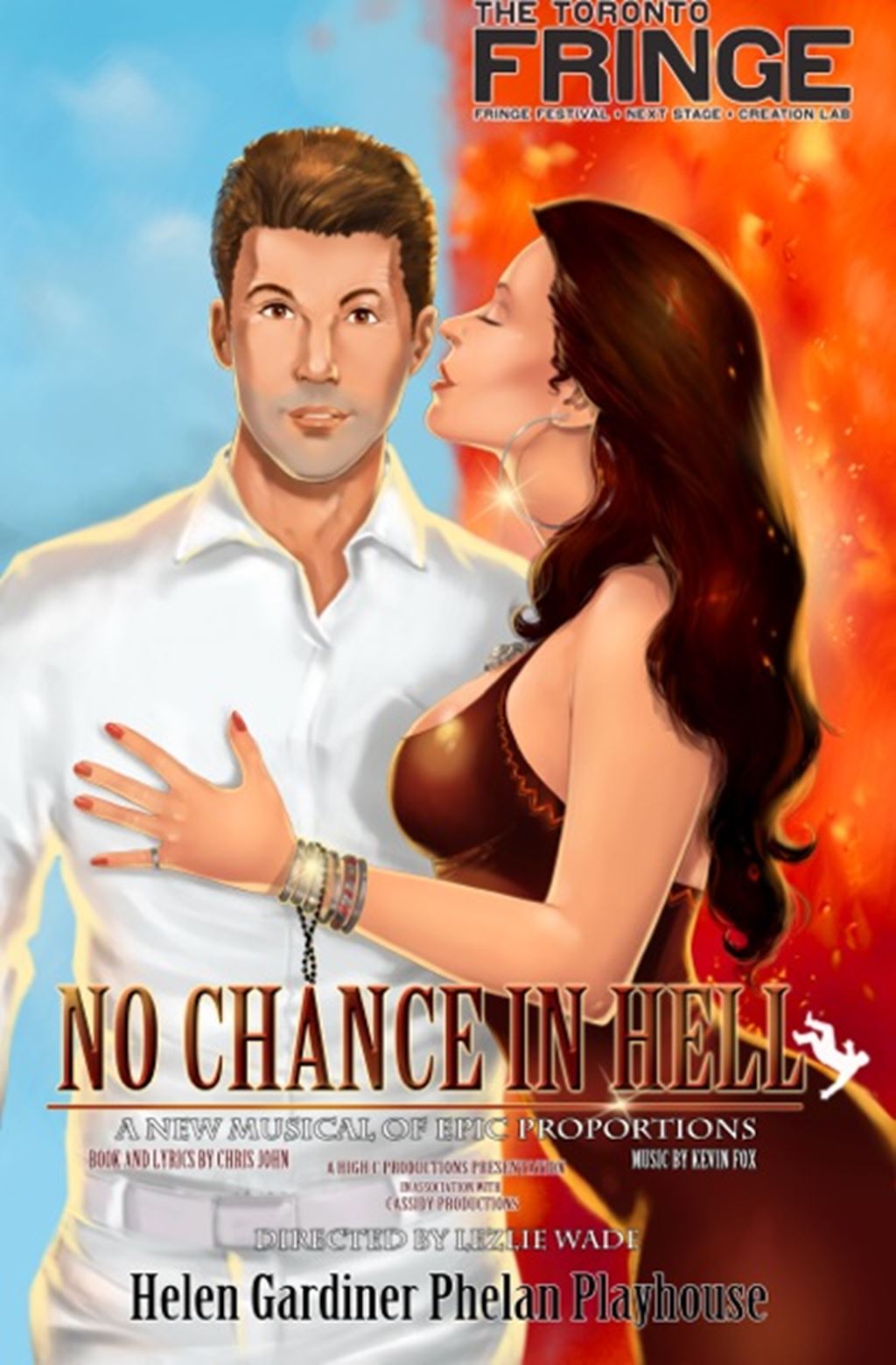 “No Chance in Hell”, a new Canadian musical has been selected as one of eight productions to be featured in the Best of the Fringe Theatre Festival from July 16 to 30 at the Toronto Centre for the Arts.  The show is about a man who arrives at the Pearly Gates but who is sent to Hell because his file is missing. There he meets the love of his afterlife and is faced with a difficult decision when he’s informed that his file has been found and he’s welcome to return to Heaven.

Ten individuals who are connected to the production have a link to Sheridan. The show is written by Chris John who studied theatre at Sheridan and is co-produced by his wife, Mary-Lu Zahalan, a Professor of Popular Music Theory and Performance at Sheridan as well as Matt Cassidy, a Sheridan music theatre graduate.  The cast also features a number of the school’s alumni including Joel Gomez, Jacob MacInnis, Jake Foy and Dana Jean Phoenix.  Peter Kadar, the show’s musical director is an instructor in Sheridan’s Bachelor of Music Theatre Performance Program.  Lighting design was done by Magi Oman, who is a Professor in the Technical Theatre Production program, while the stage manager Esther Brown is a graduate of that same program.

The show won the “Patron’s Pick” award at the Fringe Festival earlier this month.  It features music by Kevin Fox, a multi-instrumentalist, singer/songwriter and composer/arranger who has worked with the likes of Olivia Newton John, Celine Dion, Chantal Kreviazuk and Steven Page. Tickets to see the production at the Best of Fringe Festival on July 22 and 29 are available by calling 416.733.9388 or visiting www.tocentre.com/bestoffringe2014 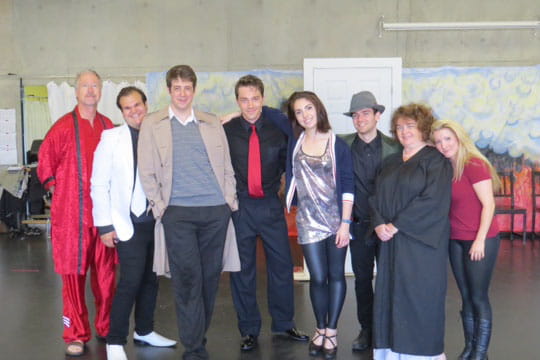 Above: Cast from No Chance in Hell