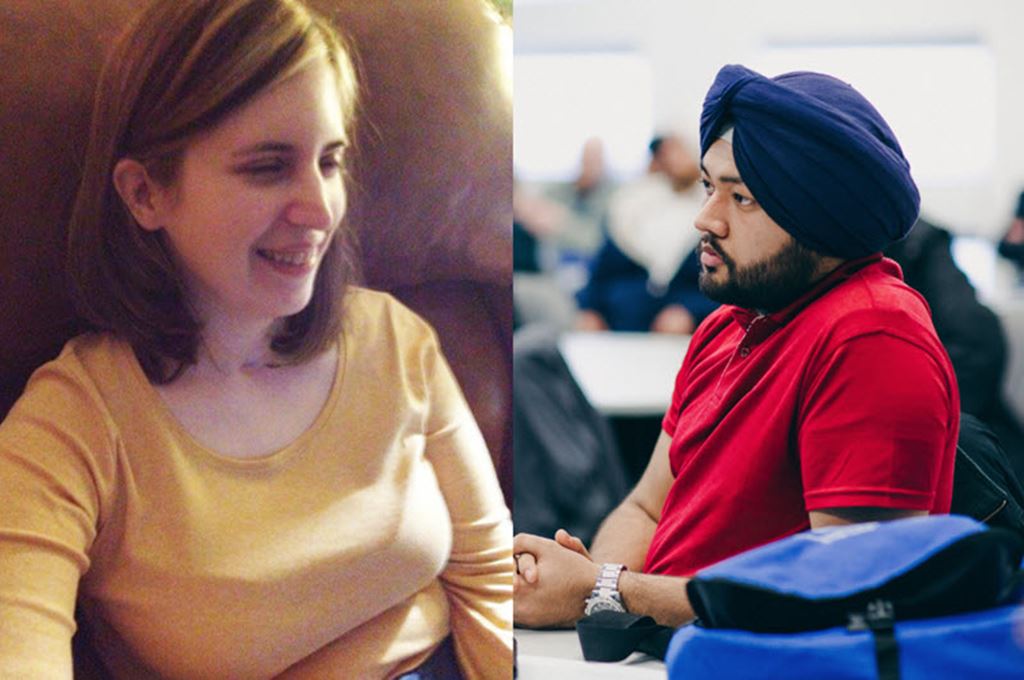 These two honours recognize outstanding co-op students from 2013 and are awarded annually to one college and one university student who demonstrate exceptional job achievement, high academic performance, outstanding community service, and a strong contribution to co-operative education. Having two Sheridan students recognized at such a high level, and a repeat recognition at the national level, is testament to the quality of the college’s student community.

CAFCE Co-op Student of the Year recipient Kristen Metz is in her final year of the Computer Systems Technology – Software Development & Network Engineering Co-op program at Sheridan. She completed her co-op work term with Independent Electricity System Operator (IESO) in the web development area. During her time there, she designed and implemented new employee web tools, increasing productivity by IESO staff.

Recognized for her academic excellence and extra-curricular involvement, Metz has received numerous Sheridan accolades including The Sandra Hodder Technology and Innovations Award, the Xerox Award of Excellence in Computer Programming, and the Award of Excellence in General Education.  She is involved in numerous community groups such as KNOW IT (the Knowledge Network of Women in IT), and has volunteered at the Animal Hospital of Lakeport.

Not only is Metz an outstanding academic and community leader, she has risen above adversity having lost her sight at the age of 23. She continues to impress her instructors and classmates by finding innovative ways to learn new information, and she finds time to give back to her program at Sheridan by helping to prepare prospective IESO co-op students for their interviews.

EWO Co-op Student of the Year recipient Hargurdeep Singh is a student in the Mechanical Engineering – Design and Drafting Technology Co-op program at Sheridan. He completed his co-op placement at the Centre of Advanced Manufacturing and Design Technologies (CAMDT) as a product designer. He was responsible for studying and learning the company’s newly-acquired, cutting-edge 3D production technology.

Selflessly, Singh used his co-op placement not only to become a subject-matter expert with the technology; he utilized it to create assistive devices for students with disabilities. He is an ambassador in the school community for co-operative education and has spoken to the media, at trade shows and at campus open houses to promote its value in students’ education.

Singh has previously been recognized for his achievements in academics and his extra-curricular endeavours. He has received the Student Ambassador Award from Sheridan and last year, he was the only college student internationally to receive funding for Student Leadership Training at the ASME 2013 International Mechanical Engineering Congress & Exposition.

CAFCE has given an honourable mention to Hargurdeep Singh for the national award, and EWO has given the same recognition to Kristen Metz for the provincial award. Sheridan proudly recognizes the contributions and achievements of these two students and congratulates them as well-deserving recipients of the Co-op Student of the Year awards.