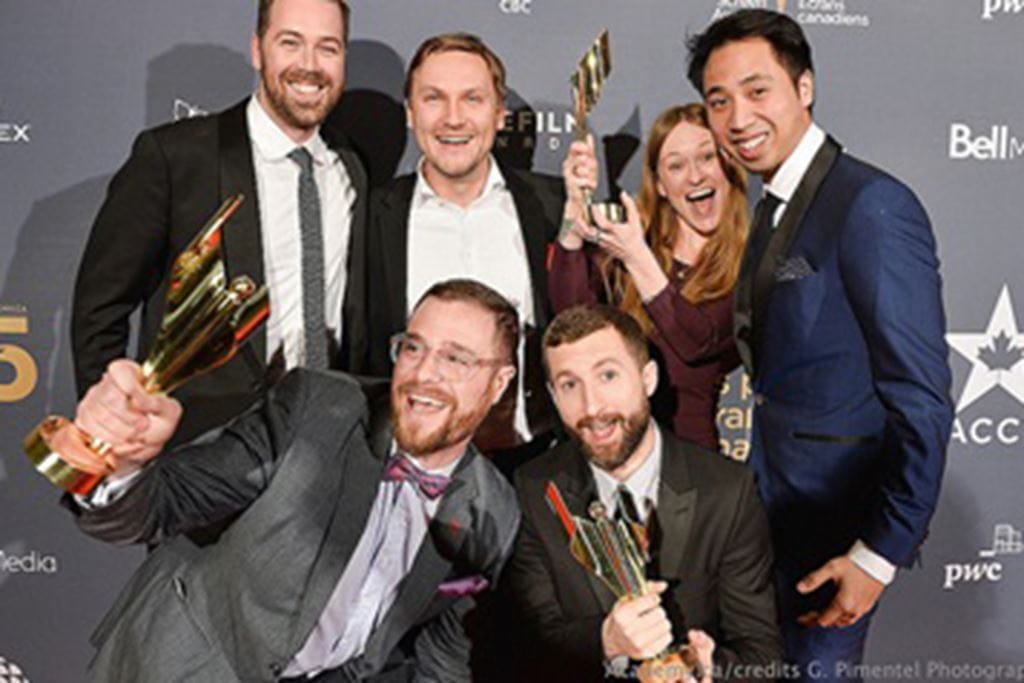 Mar 18, 2014
Fourteen Sheridan graduates have received Canadian Screen Awards which celebrate homegrown talent in front of the camera and behind the scenes in film, television and digital media.

This year’s alumni winners represent a variety of Sheridan programs, including media arts, animation, interactive multimedia, art & art history, journalism, and bachelor of design (honours), and their graduation years range from 1990 to 2007.

Among the 2014 recipients are Frank Falcone (Art and Art History, 1990) and Brandon James Scott (Art Fundamentals, 2003 & BAA Animation, 2007), who won the award for Best Pre-School Program or Series for Justin Time, produced by Guru Studios in Toronto.

Aaron Shapero (Media Arts, 2007) was recognized in the Best Picture Editing in a Reality/Competition Program or Series for Intervention Canada – Tammy.

An impressive 17 Sheridan alumni were recognized at the Canadian Screen Awards last week. The CSAs celebrate Canadian productions and talent in front of the camera and behind-the-scenes in film, television and digital media.