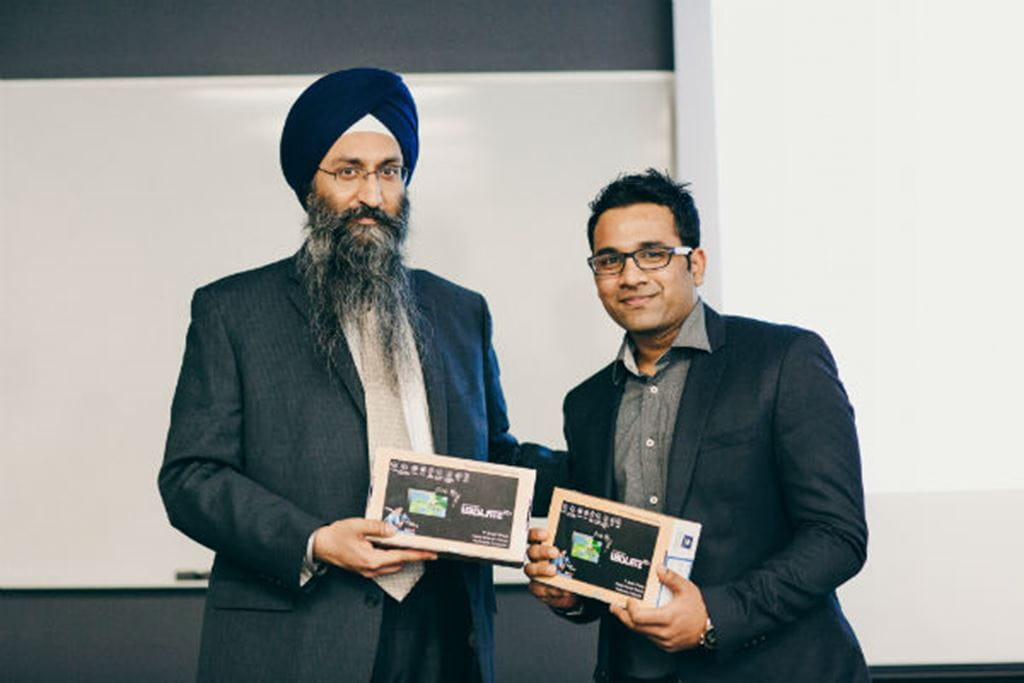 In a packed classroom last week, students from Sheridan’s Systems Analyst, Computer Software Development & Network Engineering, and Business programs gathered to hear Suneet Singh Tuli – CEO of DATAWIND –– outline his company’s vision to leverage affordability and educational opportunities to equalize access to the Internet for billions of people around the world.

DATAWIND is the maker of the Ubislate/Aakash tablet, which is grabbing headlines for its unbelievably low price. In Canada, its models range between $38-$130 – well below the cost of even the most basic Apple or Samsung tablets. While the price point is key to the company’s strategy, Tuli explained how his product is not competing with the iPad or the Galaxy – nor is he trying to undercut the competition.

“There are five billion people with cell phones in the world today – but only two billion people use the Internet.  We’re creating a solution to bring the three billion person gap online,” said Tuli. “Two-thirds of the world lives on less than $200 per month of income.  If a tablet costs two-three months’ salary, it’s out of reach.”  To put this in perspective, Tuli noted that the average salary in Canada is $4,000/month.  “Imagine if tablets here cost $8,000.  The adoption would be miniscule.”

DATAWIND’s customer, said Tuli, are the rickshaw drivers, small business owners, and education ministries in developing nations, like his country of origin – India. “Education is driving the adoption to the Internet,” says Tuli.   “There are 140 million students in India between kindergarten and grade 12 who are not in school.  That’s over three times the population of Canada.  Test scores also show that math scores drop the further you leave metropolitan areas.  As much as one-third of the schools in rural India have no teachers.  The best teachers are attracted to the big cities – this is something that exists everywhere.  We see it in Canada with our native communities in the north.”

Tuli’s answer is affordable access to the Internet to implement the notion of the flipped classroom.  “Rather than being an orator who delivers a lecture, the teacher is a coach who resolves issues and discusses ideas after students have watched lectures in advance on their devices.  Internet access eliminates the mediocre teacher and brings knowledge to places where teachers don’t want to work.” 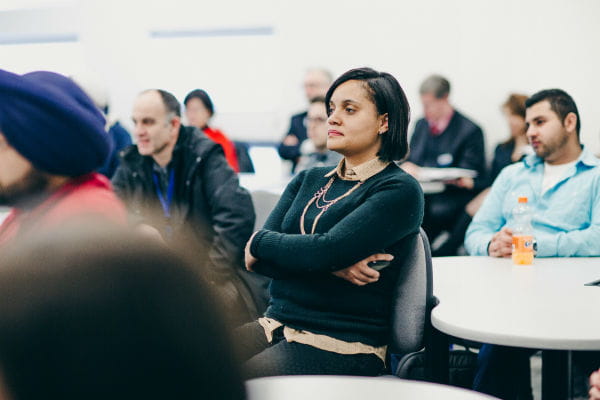 With this goal in mind, DATAWIND set out to determine what its customers need and how to develop a suitable product for under $50 per unit.  “The latest industry standard is irrelevant,” said Tuli.  “My customer doesn’t understand what a dual or quad core processor is.  What’s important is the ability to get on the web fast, run basic apps, and have high quality video.  The screen and camera resolution aren’t meant to be the same as the iPad. We are creating the first tier of computer for the customer who can’t imagine buying an Apple or Samsung tablet.”

The technology DATAWIND has created to meet this need has received 18 U.S. patents. “It lets us offer Internet access for a fraction of the cost and where permissible, we try and bundle it for free with the product . The networks in developing countries are congested and slow.  Web pages take a long time to download – not because of the photos – but because of the instruction set-- everything that supports the page. By pre-processing and pre-rendering, we reduce the size of the page by factors of 30x but retain the look and the functionality. Not only do pages download faster, but data consumption drops too – so much so, that we can offset it with advertising and offer cheap Internet access.”

To succeed in its quest for affordability, DATAWIND also re-envisioned the traditional business model and distribution system.  Hardware becomes part of the profit margin, also network access. The company sells directly to the consumer and is particular about including only the functionality their customers require.  Advertising is an essential revenue stream, as is content.  “But instead of thinking about angry birds as the next killer app, what if you created apps that teach people about dispute resolution or empowerment?” asked Tuli.

To do that, DATAWIND launched a contest last year in conjunction with the United Nations called Apps to Empower. One of the three global winners was Anshul Goyal, a first year student at Sheridan College, who was honoured by Tuli at the start of the lecture.  Goyal’s app called “My Rights” aims to help people in India learn about all of the social services and grants available to them. Goyal created that app because he says that women in India sometimes only know what they hear at home or school.  The app lets people find out for themselves about all the opportunities available.  Goyal also wanted to create a way to get around the culture of middle-men in India who hold knowledge and charge for it. 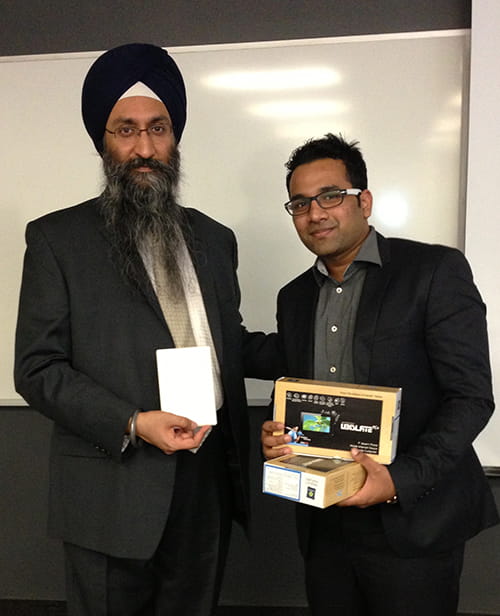 From Left to Right:  Suneet Singh Tuli, CEO of DATAWIND presents Sheridan student Anshul Goyal with a DATAWIND tablet as part of his prize for winning the company’s Apps-to-Empower contest.

Tuli announced that he is planning on running another 30-40 similar contests around the world for socially-responsible apps this year, with a commitment to pre-install the winning five apps on all the devices produced by DATAWIND.  “If we have a bad year, we’ll put out a million devices.  Think of how many apps get a million downloads?  It’s miniscule.  If you can achieve that, you can get funded out of the Silicon Valley at a moment’s notice.”

DATAWIND is now working with 13 different countries in South East Asia, Latin America, Africa, North America, and Western Europe where the company’s concept has caught hold. “The next three billion people will get on the Internet in three-five years or less,” said Tuli.  “That’s where the next big opportunities are.  It’s not in the hardware. It’s in the apps and the solutions.”