Computer Animation grads Jeff Capogreco and Andre LeBlanc have received Annie Awards, the animation industry’s highest honour, for their work on two blockbuster films. Jeff (2003) was part of the team that won the award for Outstanding Achievement, Character Animation in a Live Action Production for The Hobbit: An Unexpected Journey – Gollum. He is a visual effects supervisor for Weta Digital in New Zealand. The award for Outstanding Achievement, Animated Effects in an Animated Production went to Andre LeBlanc and his team at DreamWorks for The Croods. Andre is a graduate of both the Computer Animation and Computer Animation – Digital Visual Effects programs (2002, 2003). Two other alumni were also nominated: David Soren (Classical Animation, 1996) and Elaine Bogan (Classical Animation, 2005, BAA – Animation, 2008) both from DreamWorks.

For Andre, The Croods was one of his most challenging films. “Our work was rooted in the spine of the story—which isn’t always the case. In the movie, the family is forced to travel to safe land as the world crumbles around them. So we had to plan and execute this world collapse, which involves the mixing of so many puzzles pieces. This became the most challenging aspect, as it involved working with almost every department, from modeling to character to animation to lighting.”

After a decade at DreamWorks producing visual effects for some of the world’s most successful animated films (including How to Train Your Dragon and Madagascar), Andre is now working independently on his own projects. It’s this ongoing sense of renewal that keeps his energy level high from one film to the next, says Andre, who advises animation grads to “always be working on something new. Starting with a clean slate forces you back to that early, exciting “what if’ stage when all ideas are on the table.” Andre is currently developing his latest short film, a science fiction thriller. He remains connected to DreamWorks, however, particularly since his wife and fellow grad, Brandi Johnson (Computer Animation, 2003) works at the studio. 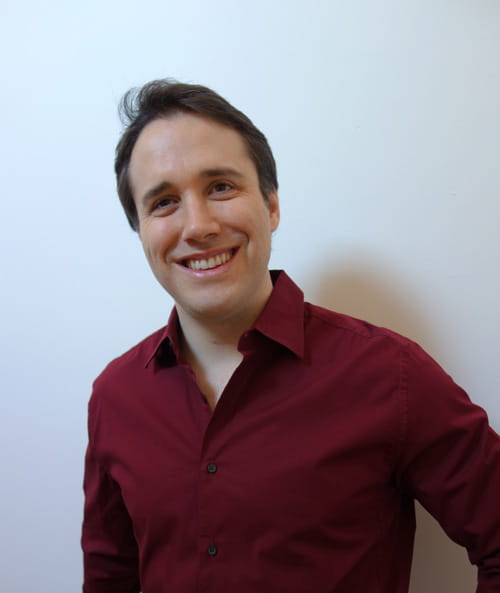