Sheridan is proud to announce the six alumni selected as nominees for the 2013 Premier’s Awards, an annual program that recognizes the outstanding social and economic contributions of college graduates.  Launched in 1992 to mark the 25th anniversary of Ontario colleges, the annual Premier’s Awards honour one college graduate in each of six categories.  The winners will be announced at a gala event in Toronto on November 18.

Sheridan College has nominated the following six alumni for the 2013 Premier’s Awards: 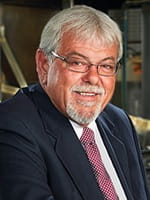 Ces Nucci is the founder of NuStef Foods Ltd., the world’s largest manufacturer of traditional Italian cookies called pizzelle.  Based in Mississauga, NuStef produces an average of 1.5 million pizzelle daily which are shipped throughout North American and across the globe. Sold under the Reko brand name, his pizzelle can be found in major grocery retailers across Canada.  The cookies are even shipped to Italy, making NuStef one of the few companies that ships products to their country of heritage. Although its reach has expanded internationally, NuStef remains a local company run by a dedicated staff of 74. 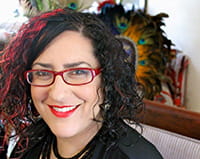 Danielle Strnad is the founder of DramaWay which provides creative arts programming for individuals with special needs in the GTA. DramaWay’s programs enhance the self-esteem, social development and communication skills of participants, allowing them to reach their potential and connect with their community. Serving a group of people who often have little access to such programs, Danielle has grown DramaWay from six students in 1999 to over 300 participants a week in classes in 14 locations. Her dedication has inspired not only program participants and their families, but her colleagues and volunteers.

As Head of Character Animation at DreamWorks for over 17 years, Rex Grignon has been a pioneer in the field of computer animation.  He has led the animation team on five blockbuster DreamWorks films, including Shrek, which won the inaugural Academy Award for Best Animated Feature in 2002.  His blend of artistic and technical skills have helped shape the evolution of computer animated filmmaking into an art form that blends artistry, technical craft and storytelling to entertain and delight multi-generational audiences. Rex was invited to join the Academy of Motion Pictures Arts and Sciences in 2006.

Sheldon Wolfson is the Commissioner of Social and Community Services Department for Halton Region. He oversees Children's Services, Employment & Social Services, Services for Seniors, Housing Programs, and Quality/Community Innovation. With a budget of over $200 million, the Social and Community Services Branch employs almost half of the staff who work for the Region. Prior to his appointment in 2010, Sheldon spent eight years as Director of Services for Seniors in Halton Region. A long-time advocate of long-term care, he has been a leading force on boards and professional associations.

Safra Farouque is dedicated to using her advocacy skills and knowledge to better the lives of at-risk women and children in Peel Region. She is a group therapy co-facilitator for children surviving abuse, a counselor at a women’s shelter and an advisor to newcomers looking to connect to their community. She brings her front-line understanding of issues facing struggling families to leadership roles on boards and social service agencies to act as an agent of change.  Her ongoing commitment to combatting family violence has inspired others to help make a difference.

By being innovative, experimental and unafraid to take on new challenges, Mark McQuillan is raising the stakes on how multimedia can be effectively used to serve both commercial and social purposes. Under his leadership, Jam3, the multimedia company he founded in 2004, has continually broken new ground in the fast-shifting world of web-based technologies. Mark and his team have used their technical, storytelling and creative skills to bring social and environmental issues to broader public awareness, be it the degradation of the Great Lakes, the plight of the grizzly bear, or the human suffering caused by war and civil conflict.

Sheridan is one of Canada’s leading postsecondary institutions, offering over 100 diploma, certificate, and bachelor degree programs in an environment that fosters innovation and creativity. Its aim is to become Ontario’s first university exclusively dedicated to undergraduate professional education – one that will be based on applied learning. The model also focuses on meeting university accreditation requirements so that Sheridan graduates have more pathways to the continued learning that will underscore their personal, career, and industry success.