An Atlantean Tale is an epic fantasy about a lost world

Daniel Armiss, a 2012 graduate of Sheridan’s Early Childhood Education (ECE) program, recently published his first novel.  Entitled “Broken World:  An Atlantean Tale”, this fantasy thriller is set in the mythological city of Atlantis, at a time when its ancient traditions of order, harmony and law are under threat.   A central character is 12 year-old Dasha, whose curiosity about the world outside of Atlantis leads her on an epic adventure. 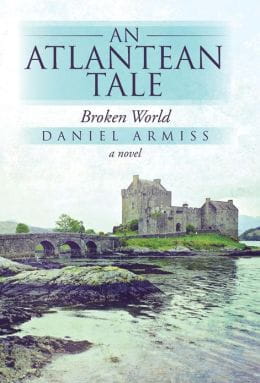 The 22 year-old Armiss grew up in Burlington, Ontario, where he continues to live while completing his Bachelor of Early Childhood Education at Charles Sturt University, which has a campus in Burlington.  Armiss has always been an avid reader, and began writing “Broken World” while travelling on the train to and from Toronto during a first year of postsecondary study at Ryerson University.  He completed the book while enrolled in Sheridan’s ECE program, where he says that his learning “really influenced how the book evolved into its present form.”

Armiss is currently at work on his second book, part of a planned “Broken World” trilogy.  His debut novel is currently available online at amazon.ca.