Sheridan Rallies Behind Alumna in Over the Rainbow Contest

Music Theatre graduate among top contenders for role of Dorothy

Michelle Bouey, a 2012 alumna of Sheridan’s Music Theatre-Performance program, has made it to the top nine in CBC’s Over the Rainbow contest. Designed to find a modern-day Dorothy to star in Sir Andrew Lloyd Webber’s Canadian production of The Wizard of Oz, the show is airing live on CBC on Sunday evenings at 8 pm for the next several weeks as the original ten are whittled down through a combination of viewer voting and judges’ appraisals. 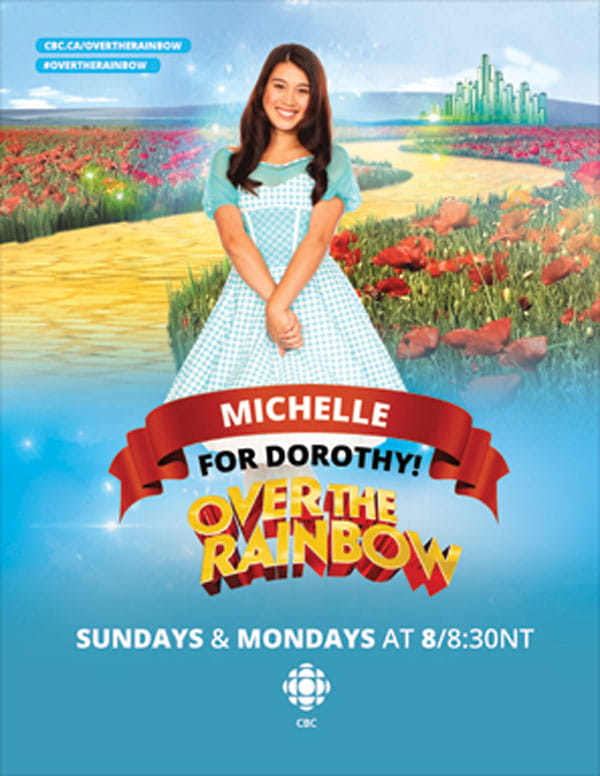 Bouey, a 21 year-old native of Charlottetown, Prince Edward Island, graduated from Sheridan last spring and is best known for her portrayal of Mimi in Theatre Sheridan’s production of RENT, which was staged at Toronto’s Panasonic Theatre earlier this year. The Sheridan community will be casting its votes each week to support Michelle in her quest to play Dorothy.

Sheridan has been successful in previous contests with 2005 alumna Janna Polzin finishing as the runner-up in the search for Maria in Andrew Lloyd Webber’s production of The Sound of Music. For more information and to learn how to cast your vote in upcoming episodes, please visit: http://www.cbc.ca/overtherainbow/

To add a message of support to Michelle’s webpage, click here http://www.cbc.ca/overtherainbow/entrant/michelle-bouey.html