Sheridan College Has Leading Role in Provincial and Global Development of 3D Industry for Film, Television, and Gaming


With support from Christie Digital, a world leader in HFR display technologies, and other local and international technology companies, the centre will generate test footage, evaluate workflows from production through display, and conduct workshops on HFR technology. One of the next big things coming to a theatre near you will be movies shot and projected at rates much faster than currently - a process designed to dramatically improve the overall audience experience, particularly with 3D movies. With directors such as James Cameron and Peter Jackson planning projects that will use this High Frame Rate (HFR) technology, there's a need to develop international technical standards and to explore how moviemakers can use the new technology most effectively. 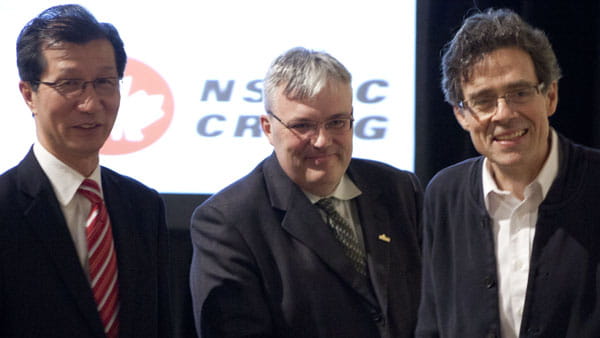 For HFR display SIRT will be using a new Christie Digital CP4220 4K theatrical cinema projector located in the Centre’s 5,000-square-foot studio space at Pinewood Toronto Studios. This provides a unique setting for both 2D and 3D image capture and real-time display as well as audience testing on footage that’s gone through a full post-production process. Paul Salvini, Chief Technology Officer for Christie Digital states that: "Christie is very excited about the creative potential of high frame rate cinema. We have been working closely with leading exhibitors, production and post-production facilities to roll out this new capability in a timely manner. The test centre is a great opportunity to build the base of knowledge around HFR production.”

As Ronni Rosenberg, Dean of Sheridan's Faculty of Animation, Arts and Design points out, the test centre and other SIRT activities are also an opportunity to ensure that the next generation of professionals entering the industry is well equipped to drive innovation: “SIRT is a research centre that’s strongly tied to curriculum in a variety of different media programs at Sheridan. Faculty and students work as researchers alongside industry partners, increasing their own skill set and knowledge as they help build a competitive advantage for the province.”

The Screen Industries Research and Training Centre (SIRT) is an applied research centre established by Sheridan College in 2010 at Pinewood Toronto Studios in the east end of Toronto. It’s dedicated to fostering collaborative innovation in Ontario’s film, gaming and television industries. SIRT works with industry, academic, and government partners to conduct collaborative research and provide Ontario’s professionals the training needed to build the province’s competitive advantage in the screen-based entertainment industries.