Oct 11, 2011
Despite its shoestring budget and non-professional cast and crew, the feature length film Amy George by Yonah Lewis and Calvin Thomas has been chosen for screening at this year’s Toronto International Film Festival (TIFF) in September.

The feature-length film follows 13-year-old Jesse’s journey to become a “true artist”. Believing his mundane middle-class life has left him unprepared, the teenager sets out looking for excitement and risk.

The film is one of seven films chosen as part of TIFF’s Canada First! program which spotlights Canadian filmmakers showing their work at the festival for the first time.

Also among the seven is the film A River in the Woods, co-produced by Allison Smith who graduated from the Advanced Television and Film program in ’04.

Best friends and Sheridan classmates, Yonah and Calvin (both ’08 grads) dedicated the last two years to writing and producing the film which TIFF described as “a feast for the heart and mind alike, filled with tender moments of daily teenage life turned upside-down by clumsy desire and hormonal hiccups.”

Working with a miniscule budget, the grads asked friends to fill the roles of crewmembers and shot the film in the houses of acquaintances and on the streets of Toronto. They also used their website, www.cycinema.ca, and social media to drum up a “slow trickle” of cash from some unlikely sources: the film’s two largest investors were a 15 year-old and an 85-year old. Additional funds that the two filmmakers earned through other jobs were also thrown into the project. Calvin works as a freelance photographer, and Yonah is a part-time graphic designer.

But the duo’s Sheridan connections proved to be particularly invaluable in making their dream project a reality. “The people we met at school have supported us in our career thus far and we wouldn't have been able to make this movie with such a tiny budget and so quickly if it hadn't been for all the yeses we received when asking for favours.”


Both avid filmmakers in their teens, Yonah and Calvin hoped to find like-minded people at Sheridan, and they weren’t disappointed. “We met each other in first year and immediately began working on all our projects together, in and out of school.”

Six years later, their partnership has clearly paid off as the duo joins the exclusive company of international film glitterati who just might offer that next big break. 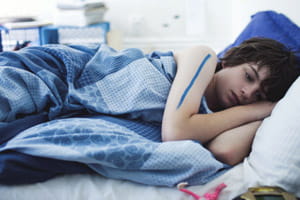