Theatre Sheridan is proud to present the latest installment in the “A Life in Theatre” series, featuring acclaimed actress Andrea Martin.

Theatre Sheridan is proud to present the latest installment in the “A Life in Theatre” series, featuring acclaimed actress Andrea Martin.

Ms. Martin will be featured in conversation with Michael Rubinoff, Associate Dean of Sheridan’s theatre programs, followed by a Q&A session with the audience. Ms. Martin is currently touring her one-woman show, Andrea Martin: Final Days! Everything Must Go! throughout Ontario and the U.S. She will appear at Oakville’s Centre for the Performing Arts on November 18th. 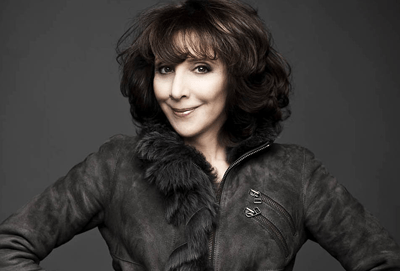 Ms. Martin has appeared in numerous theatre and television productions in Canada, the most notable being Toronto's Second City stage show which led to the critically claimed SCTV. Ms. Martin received two Emmy Awards for writing and an Emmy nomination for Best Actress in a Variety Series for her work on SCTV. She has hosted every televised award program in the country, and is the recipient of both the Canada Walk of Fame and Women in Television and Film awards. For Martin's work in the recent Toronto production of Love, Loss and What I Wore, as well as her one woman show, "Final Days! Everything Must Go!!", she received Broadwayworld.com's 2010 best actress and best theatrical event awards.

She has numerous film credits to her name, including the newly released Breaking Upwards, My Big Fat Greek Wedding, Hedwig and the Angry Inc h, Wag the Dog and New York Minute. Martin has received more Tony and Drama Desk Award nominations as a Featured Actress in a Musical than any other actress. Beginning with My Favorite Year in 1993 for which she won both awards as well as the Theatre World Award, Ms. Martin was also nominated for Young Frankenstein, Oklahoma!, and Candide. She was last seen on Broadway opposite Geoffrey Rush and Susan Sarandon in Exit the King, for which she received Drama Desk Award and Outer Critic Circle Award nominations.

Theatre Sheridan showcases the gifted performers from Sheridan’s bachelor’s degree in Music Theatre-Performance and backstage work of technicians in the Technical Production for Theatre and Live Events diploma program. This season features a list of ambitious productions including Rent, Oklahoma!, Sweeney Todd, Love’s Labour Lost, and Blood Brothers. For tickets, contact the box office at 905-815-4049. “A Life in Theatre” is an annual event featuring insightful conversations with notable actors and directors.