Brittany Allen, a graduate of Sheridan’s renowned Music Theatre – Performance program, received a Daytime Emmy Award in the Outstanding Younger Actress in a Drama Series category for her work as Marisa Chandler on ABC’s All My Children. Allen performed the role from 2009-2010.

“Brittany is very deserving of this award and it’s wonderful to see her talent recognized so early in her career,” said Michael Rubinoff, Associate Dean for Sheridan’s Department of Visual and Performing Arts. Allen graduated from the Music Theatre program in 2007, and has since amassed a long list of film and television credits, in addition to theatre work. She is currently based in Los Angeles. The Daytime Emmy Awards were presented on June 19 in Las Vegas. 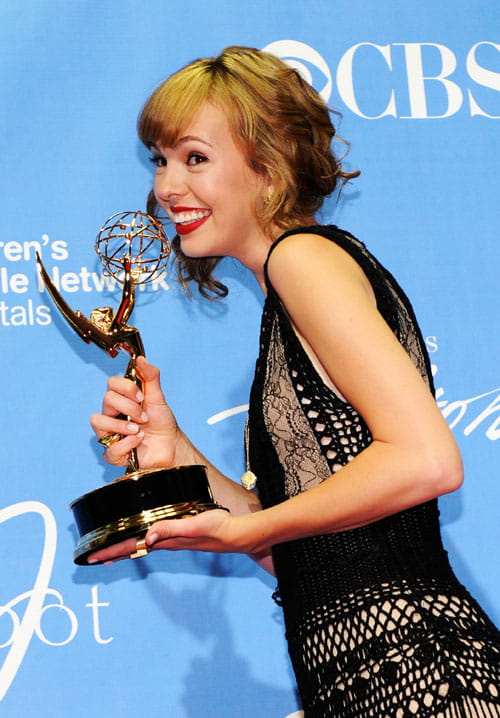 Sheridan’s Music Theatre – Performance program is among the best of its kind in Canada. Graduates are in great demand for their well-developed talent in acting, dancing and singing, their professionalism and their performing experience. Other notable alumni include two-time Dora Award winner Michael Therriault, and Chilina Kennedy – a stand-out performer at the Stratford Festival. Commencing September 2011, the Music Theatre- Performance program will be offered as a bachelor’s degree.