Kevin Parry was one of six young animators chosen to participate in a Master Class with the legendary filmmaker, Tim Burton, at the TIFF Bell Lightbox earlier this week. A 2010 graduate of Sheridan’s Bachelor of Applied Arts – Animation program, Parry’s film The Arctic Circle was one of six films selected for this unique opportunity.

After screening the short stop motion animated film, which took Parry a year to complete, Burton pronounced it “really great” and complimented the film’s design. He went on to express his personal fondness for stop-motion animation, and noted that ‘this is a great time for animation – every form is valid,” unlike his early days in the industry. Burton got his start working for Disney in the early 1980s, where he contributed to such films as The Fox and Hound. 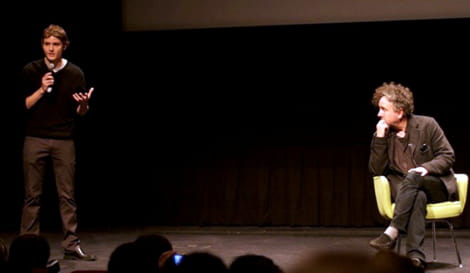 Kevin Parry was born and raised in Sault Ste. Marie, Ontario. In 2005 he began studying animation at Sheridan College, where he produced The Arctic Circle in his final year. The film has shown in a dozen festivals across North America. Kevin is currently working as an animator in Toronto. You can view The Arctic Circle at http://arcticcirclefilm.blogspot.com/ 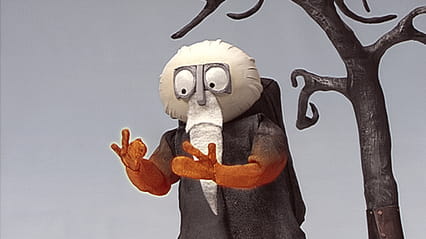 Tim Burton is an Academy Award and Golden Globe-nominated film director, producer, writer and artist. He was in Toronto this week to launch a gallery show of over 700 pieces of his film art - drawings, sculptures, and maquettes at the TIFF Bell Lightbox.


The Bachelor of Applied Arts (Animation) at Sheridan is the only degree program of its kind in Canada. Launched in 2003, the first cohort graduated in 2007 and student success has been immediate and outstanding. Among other accolades, films from the BAA (Animation) program have won five consecutive awards at the Toronto International Film Festival-Student Film Showcase, and student films have been screened at international festivals. The program offers a unique blend of time-honored classical animation skills and knowledge, along with hands-on learning of contemporary digital tools and technology. The BAA Animation program builds on 35 years of animation training at Sheridan, a history of excellence that has earned the college international renown. In addition to the bachelor's degree, Sheridan has offered post-graduate training in computer animation since the 1980's, and today attracts students from around the world to its intensive one-year programs in computer animation, digital character animation and digital visual effects.