Jun 4, 2010
Gerald Zeldin, long-time Professor in the animation program at Sheridan passed away on May 20 after a long battle with cancer. He was 66 years old. He will be deeply missed by his many colleagues and former students. During his 18 years at Sheridan, Gerry held several positions, including Coordinator and Life Drawing Professor in the Advanced Diploma in Classical Animation and the Bachelor of Applied Arts (Animation) programs. He was also Professor of the 4th year Life Drawing course and Mentor for 4th year animated film projects.

Gerry was an accomplished artist whose work can be found in private and corporate collections around the world. Born in Toronto, Gerald attended graduate school in Claremont California where he obtained his Masters of Fine Art degree. Over the years, he had numerous solo and group art exhibitions. He was commissioned to produce large scale, public murals in varying media throughout North America. Locally, his art is included in the collections of the Art Gallery of Hamilton, the City of Toronto and the AGO. His passion for music, particularly jazz of the 1930s and 1940s, is depicted in his art work.

For information or to donate to a scholarship that has been established to honour his memory, please contact Jennifer Deighton at 905-845-9430 ext. 2011, or jennifer.deighton@sheridaninstitute.ca. 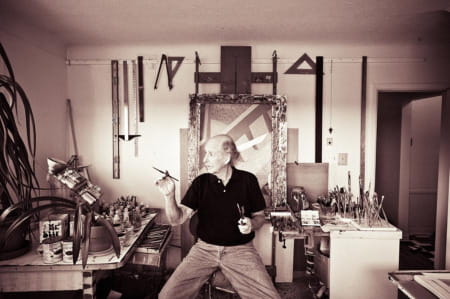 Meet the Sheridan alumnus bringing Batman into a new era

As the new lead writer for Batman, Chip Zdarsky (Illustration '00) wants to explore the superhero’s weaknesses