The results of the 2009 Air Canada enRoute Film Festival are out, and two recent Sheridan graduates are among the top winners.

The results of the 2009 Air Canada enRoute Film Festival are out, and two recent Sheridan graduates are among the top winners. Jake Chirico won the Best Documentary Award for Freshwater Plague, which he directed, while Alain Huynh received the Achievement in Animation Award for Intermedium.
Chirico was also a finalist earlier this year at the Toronto International Film Festival’s Student Film Showcase. He graduated in June from Sheridan’s Media Arts program. Alain Huynh is a 2009 graduate of the Bachelor of Applied Arts – Animation program.

The EnRoute festival provides emerging filmmakers with the chance to showcase their work to millions of Air Canada passengers. The films are screened on the personal seatback entertainment system on all Air Canada flights.

A total of five awards were presented at a celebration at The Drake Hotel in Toronto on October 21st. All winners will be going on all-inclusive trip for two to the Palm Springs International Film Festival, courtesy of Air Canada.

The films can be viewed at http://enroute.aircanada.com/films/en-index.html 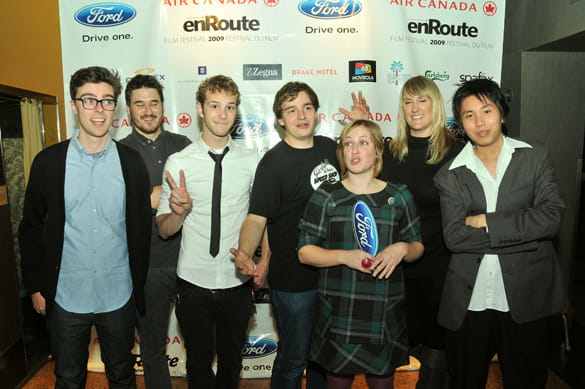