Yuriy Sivers, a recent graduate of the Bachelor of Applied Arts – Animation program at Sheridan, was named winner of the Best Animated Film category at the Student Film Showcase organized by the Toronto International Film Festival Group.

Yuriy Sivers, a recent graduate of the Bachelor of Applied Arts – Animation program at Sheridan, was named winner of the Best Animated Film category at the Student Film Showcase organized by the Toronto International Film Festival Group. Sivers’ 3-minute film, Humpty Dumpty is Scrambled, is an animated musical touching on themes of greed, war and world control. Completed as part of his student work while at Sheridan, the film was two and a half years in production.
The TIFF Student Film Showcase took place in May of this year in Toronto. Of the 13 finalist films selected for screening from submissions across the country, three were the creations of Sheridan students. In addition to Sivers, Jake Chirico (The Freshwater Plague) and Alex Donald (Nanu) were also finalists.

Yuriy Sivers was born in Ukraine and has lived in Toronto since the age of 12. He says that he chose Sheridan because “I realized that if you want to be good, if you want to be successful, Sheridan is where you need to be.” Sivers not only excelled in the animation program, he also tutored other early year students for three of his four years at Sheridan. “It was a privilege to study alongside so many talented people,” he says. “I don’t know of any other school in Canada that attracts such talent.”

This is the fourth straight year that a Sheridan student has scooped a top award at the Showcase (previous winners include 2006: Nev Bezaire's A Trip to the Doctor, Best Film; 2007: Trevor Jimenez's Key Lime Pie, Best Cinematography; and 2008: Vladimir Kooperman’s C-Block, Best Animated Film).

The Student Film Showcase, a presentation of the Toronto International Film Festival Group (TIFFG) with the participation of the Film School Consortium, is an annual event showcasing the finest student films from universities and colleges across the country. Established in 2004, the Showcase has presented a diverse and exciting range of student work including animation, documentary, fiction and experimental films that represent the burgeoning talent of Canada's future generation of filmmakers.

Each year, the program of student films is chosen by TIFFG programmers. A jury comprised of film industry professionals selects the award-winning works. 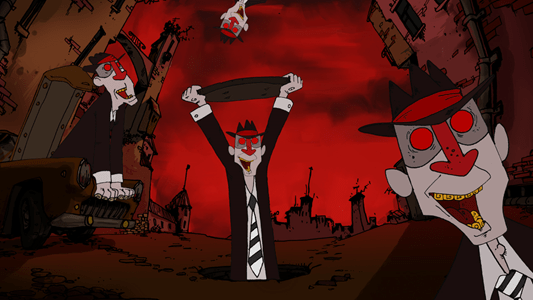