Help spark a conversation around mental health with Back Home Again.

In partnership with Bell Let's Talk and Oakville Festivals of Film and Art, we invite you to join us on May 6 for a screening and panel discussion of the award-winning Back Home Again, an animated short film executive produced by Sheridan alumna Charmaine Hammond (Correctional Worker '85) that aims to build mental health awareness and spark conversations around it in communities across Canada and the world.

Stay with us after the film for a panel discussion with Charmaine, along with special guests, Director and Writer Michael Mankowski, Dr. Ian Dawe, psychiatrist in the Mental Health Program at Trillium Health Partners in Mississauga, ON, and CEO of Canadian Mental Health Association Halton, Rashaad Vahed.

For alumni who can't attend the in-person event, there will be a private virtual screening.

Michael is the screenwriter and director of the award-winning Back Home Again movie.

Michael has always been an artist at heart. He was born and raised in Fort McMurray, Alberta, Canada and is the screenwriter/director of the award-winning animated movie, Back Home Again. Michael is a graduate of University of Lethbridge Bachelor of Management, and Vancouver Film School 3D & Animation Program.

Michael is owner and operator of Alien Kow formerly known as Wood Buffalo Productions, an Alberta, based award winning production house. In 2017 Michael won an award for Excellence in The Arts by the RMWB and Arts Council Wood Buffalo. In 2016 his company won a Leadership Award by RMWB and YYM Magazine. Michael has also produced passion projects, premiered at the Toronto International Film Festival and was the winner of the Best Short Film award at the Alberta Film and Television Awards in 2016. 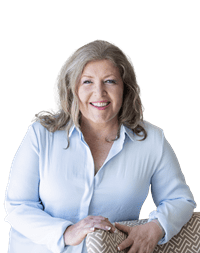 Charmaine is a professional speaker helping companies and organizations build trust, increase resilience and resolve team issues such as conflict and communication breakdowns. She has an extensive background working in mental health and is an expert on conflict resolution, collaboration and resilience. She owns two businesses, is a professional speaker and has presented to more than 500,000 people around the globe. Her career began in the Correctional Service where after graduating from Sheridan College, she worked in a male correctional facility then moved on to working with young offender and treatment custody facilities in the Halton region.

Her award-winning children's book series is based on her dog Toby, and together they presented to more than 10,000 students across North America. In her role as executive producer of the Back Home Again movie, she worked closely with Michael (screenwriter/director) almost since the beginning of this project. Responsible for heading up securing funding for the production and leading the collaborations, sponsorship, events and the marketing for the project. She is passionate about this film because Fort McMurray was her home for 15 years. She didn't live there at the time of the fires however returned on contacts with the social profit organizations and school boards to work with the community on the recovery and resilience initiatives.

She was one of 100 women chosen in Canada for the Banff SPARK Accelerator program (Banff Media & Film Festival), has won many awards for her business and books, and now for the Back Home Again film.

She is passionate about helping build resilience. After surviving a near death sailboat accident more than 20 years ago, she has been committed to helping individuals, workplaces and communities be resilient, a skill very much needed as the world heals through living in a pandemic.

Dr. Ian Dawe is an Associate Professor of Psychiatry at the University of Toronto and a psychiatrist in the Mental Health Program at Trillium Health Partners in Mississauga, ON. Working in collaboration with Trillium’s senior leadership team, its service users and their families, as well as its medical and allied health professionals, he is focused on co-creating a new kind of addiction and mental health care – one that prioritizes personalization, coordination and enablement.

Dr. Dawe completed medical school at Memorial University of Newfoundland and a residency in psychiatry, two years of fellowship training (Suicide Studies, Emergency Psychiatry, and Mental Health Systems Research), and a Masters degree in Health Administration, all at the University of Toronto. As an Investigator within Trillium Health Partners' Institute for Better Health, his clinical and research areas of interest include recovery, tele-mental health and virtual care services, suicide and suicidal behaviours, quality and patient safety, health advocacy, and the design and evaluation of mental health delivery systems.

He served as the Chair of the Ontario Hospital Association's Suicide Prevention Standards Taskforce (2014-6,) a diverse panel of researchers, academics, clinicians and lived experience experts with a mandate from the Minister of Health and Long-Term Care to focus on establishing best practice, evidence based standards to guide the care for at-risk people in all of Ontario's 151 hospitals. He has been called a "full scaler" and a "top influencer" as part of Zero Suicide International, a healthcare movement that believes no one should die alone and in despair.

He has acted as principle or co-investigator in clinical trials and has authored numerous articles and reports on mental health care. He is a frequent invited lecturer with the Bell Let's Talk campaign on topics including suicide prevention, mindfulness, interprofessional recovery-oriented care and workplace mental health and has presented his findings at a wide variety of provincial, national and international seminars, conferences and symposia.

Formerly the Physician in Chief of Ontario Shores Centre for Mental Health Sciences (2011-2016,) Dr Dawe was the Mental Health and Addictions Physician Lead for the Central East Local Health Integration Network (2014-2016) providing expert advice to the CE-LHIN CEO and its Senior Directors on performance and improvement opportunities in mental health systems within Ontario. Dr Dawe was also the founding Medical Director of Toronto's Emergency Mental Health and Addictions Alliance (2008-2011) and was the Medical Director of the Psychiatric Emergency Service at St. Michael's Hospital in Toronto (2003-2011.) He was a Research Associate with both the Keenan Research Centre of the Li Ka Shing Knowledge Institute at St Michael's Hospital and the Arthur Sommer Rotenberg Chair in Suicide Studies at the University of Toronto from 2003 through 2011. He is also the immediate past Chair (2012-2014) of Ontario's Clinical Expert Committee on Autism.

As a governor, he has previously sat as a member of the Boards of Directors of the Ontario Telemedicine Network, Peer Support Accreditation and Certification (Canada) and as an ex-officio member of the Board of Directors of both the Ontario Shores Foundation for Mental Health and Ontario Shores Centre for Mental Health Sciences. As a systems consultant he has worked with many addiction and mental health organizations in Ontario helping improve integration, value and quality. Rashaad Vahed is the CEO at the Canadian Mental Health Association for Halton Region. CMHA is a leading organization in the provision of adult mental health services. In addition, Rashaad has practiced as a clinical social worker in the fields of children, youth and adult mental health. Throughout his career, Rashaad has worked closely with families and individuals that are pressed to the limits of their mental health. Together, the work is to help navigate people back to personal health and into communities that will embrace them.