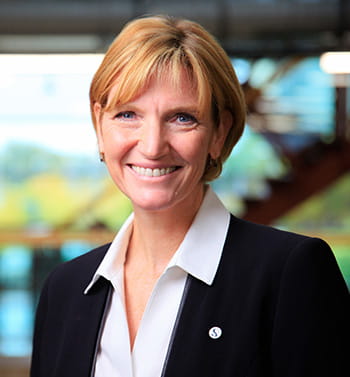 Dr. Janet Morrison was named Sheridan’s 8th President & Vice Chancellor on June 11, 2018; she had previously assumed the role of Provost and Vice President, Academic at Sheridan in 2016.

Prior to her appointment at Sheridan, Janet spent 17 years at York University working in various roles focused on learning, discovery and engagement, most recently, serving as Vice-Provost, Students. Before joining York, she held leadership positions in student affairs and taught at the University of Guelph, Bowling Green State University, Medical College of Ohio and George Brown College.  She holds undergraduate and graduate degrees in history and education.

Having worked in the post-secondary sector for over twenty-five years, Janet remains passionate about student success and community engagement.  She served as a staff representative on York’s Board of Governors and in 2010 was awarded York University’s President’s Leadership Award.  An active volunteer, Janet is the former Chair of the Board of Trustees at Holland Bloorview Kids Rehabilitation Hospital and previously chaired the Board of Directors for the Children’s Aid Society of Toronto.