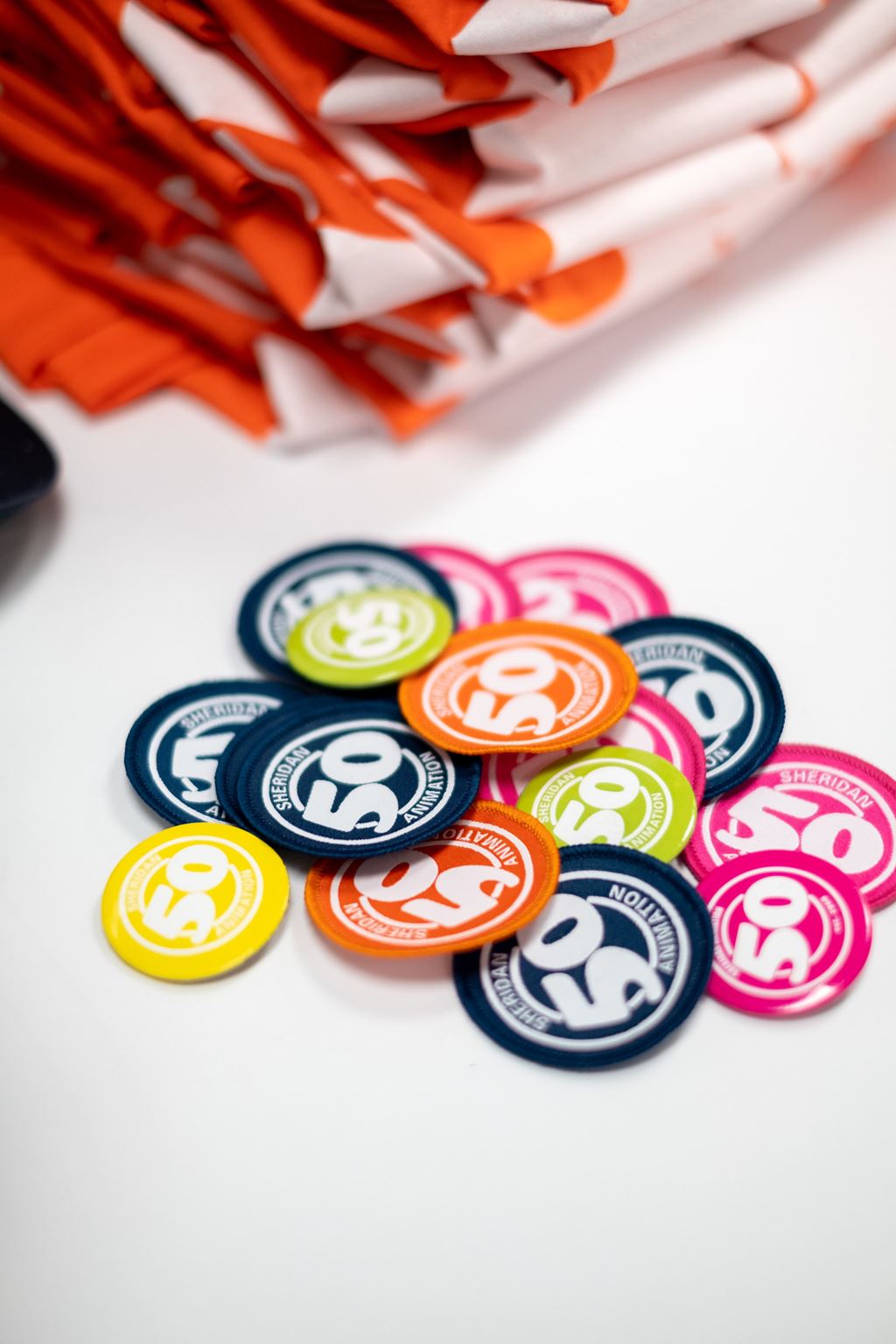 Animation turns 50: Looking back on a half-century of promise and progress

At first glance, the hallways of Sheridan’s Animation wing could be mistaken for that of any other school. Lockers line the cinder block walls, and students rush by, cradling coffees as they head to their next class.

But pause for a moment, and you’ll realize that this place, tucked in the far corner of Sheridan’s Oakville campus, is special. Elegant art decorates the walls; classrooms are epicentres of creativity and expertise, and the students there are following the legacy of Oscar winners and Hollywood directors.

Annika Ah-Chow, along with the rest of her fourth-year classmates, is spending much of her semester in this wing, working intently on her thesis film, a project that will compile the techniques and lessons she’s been taught over the past four years. She’s mindful of the successful alumni that have graduated from the program in years prior, but she’s not intimidated — there’s strength in knowing that she’s getting the same, uncompromising education as the animators she’s admired for so long.

Graduates of Sheridan’s Animation program have produced some of the most beloved characters on screens big and small. Six alumni have won Oscars, beginning with Jon Minnis, a 1983 graduate who won in 1985 for a film he began as a student. More recently, Chris Williams took home best animated feature in 2015 for directing Big Hero 6, and Alan Barillaro (‘96), won in 2017 for his short film, Piper. Plus, other grads have found success in fields like illustration, including Jon Klassen (‘05), who was named to the Order of Canada in 2018 for his contributions to children’s literature.

Now, as Animation at Sheridan celebrates 50 years of success, Angela Stukator, Associate Dean, Animation and Game Design, says the milestone offers the opportunity to look back and think about the promise of the future. After all, graduates from the past decade are already making their mark in the industry. Domee Shi (‘11) was just seven years out of school when she became the first woman to direct a short film at Pixar. Her delightful dumpling-inspired tale, Bao, received wide acclaim this summer when it played in theatres in advance of Incredibles 2. In 2016, Taha Neyestani (‘15) won best student film at the Annie Awards – a top animation industry honour. Classmate Melody Wang’s film was also nominated for the Annie prize that same year, and she went on to win the Toronto International Film Festival’s top student film for 2015.

“For me, 50 years is the excitement of watching something mature and grow, and to anticipate the future,” Stukator says. “It’s an opportunity to reflect on our past successes, and to become excited about our current students and where they will be in the future.”

“For me, 50 years is the excitement of watching something mature and grow, and to anticipate the future. It’s an opportunity to reflect on our past successes, and to become excited about our current students and where they will be in the future.” – Angela Stukator

The program began in the 1960s with the vision of Jack Porter, Sheridan’s first president, and George “Marty” Martsegis, a Hollywood animator, who had been recruited to teach a course in classical animation. He realized there was nothing similar offered anywhere else in the world, and he proposed that Sheridan develop a full-grown program.

“We had a head start. We were first out of the gate, to develop educational programming at the college level in Animation,” explains Ronni Rosenberg, Dean, Faculty of Animation, Arts & Design. “This was in the late ‘60s when Sheridan was first founded, and there was no animation industry in Ontario, or much of one in Canada. As a result, we were in a position to co-create the industry by building the educational foundations.” 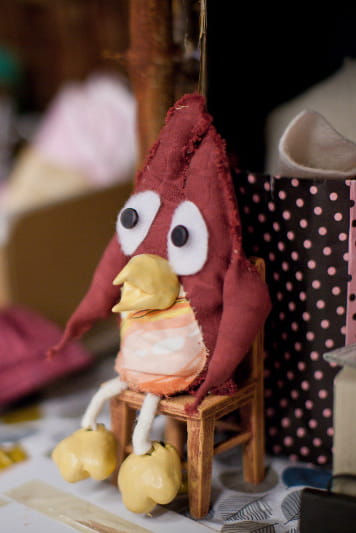 Check out a full list of major milestones from Sheridan’s Animation program.

The decades that followed were a period of rapid growth. In the 1970s, the program became three years long. The International Summer School of Animation opened its doors in 1978, attracting the likes of Dean DeBlois (’90), who went on to direct the How to Train Your Dragon films at DreamWorks.  The Computer Animation program began in 1981 – a forward-thinking move at a time long before anyone was hiring computer animators. Stukator says those early students paved the way for Sheridan’s success.

“It was the people who graduated in the ‘70s and ‘80s who went on to make their mark in the industry. They have become leaders in animation, story and production,” she says.

Those grads also helped build the foundation of the industry. Michael Hirsh, the co-founder of Toronto-based animation company Nelvana, hired the first crop of Sheridan animators to work at his nascent company in 1971. Duncan Marjoribanks (‘73) went on to be named one of Disney’s 50 most influential animators. Steve “Spaz” Williams (‘84) revolutionized the special effects industry by creating Jurassic Park’s epic Tyrannosaurus Rex.

These alumni were part of the program’s appeal for Ah-Chow, who says she had her sights set on Sheridan early on.

“[My classmates and I] are inspired by the successful grads who have come out of Sheridan, but I don’t feel pressured to measure my success against theirs,” she says. “It’s just great to know there will be a place for us in the industry.”

VIdeo: A collection of animated films done by Sheridan students throughout the years.

Today, Sheridan works to foster the same innovative and creative spirit in its current students as it did 50 years ago. Students now earn a four-year Bachelor’s Degree in Animation, and post-graduate programs in Computer Animation, Visual Effects and Character Animation are also available.

Applications come from all over the world — Stukator says 10 people apply for each of the available 150 first year spots. For those who make it in, the odds of success are good; Stukator estimates that between 92% and 95% will find jobs. Grads are snapped up by studios including Disney, Pixar, Nelvana, and Guru, going on to work everywhere from California to China. The reason for that success? Stukator says it comes down to the faculty, who bring immense industry know-how to the classroom.

“The faculty are our pixie dust,” she says. “We’ve always hired with an eye towards excellence.”

That includes James Caswell, who, along with teaching at Sheridan for the past several years, also works as a freelance storyboard artist, counting Nelvana, Cuppa Coffee Animation and Walt Disney Television Animation among his clients. In his classes, he emphasizes the “how” as well as the “why” when it comes to animation techniques.

“To be successful in the industry, you need to understand the fundamentals,” he explains. “It’s about showing and developing the skills that have an applied use in our area of work.”

Lessons from Sheridan’s Animation professors have been integral to the success of many grads. Barillaro called former instructor Charlie Bonifacio, (himself a 1976 grad) “the reason so many Sheridan grads are in feature animation today.” While Shi, the Bao director who is also a Pixar storyboard artist, credits professor Nancy Beiman with introducing her to storyboarding.

The faculty also strive to ensure the program stays current, working with a professional advisory council made up of studio representatives to help develop curriculum. Industry players also mentor students; Disney and Pixar are among a few of the companies expected to make visits to Sheridan in the upcoming year to provide feedback to students on their fourth-year final films.

The competitive nature of the program also means that students who are successful will be in good company. Ah-Chow says that some of her most significant learning experiences over the past four years have come from her peers.

“The students enrolled in the program come from all walks of life, and everyone has a unique perspective and brings different talents to the table,” she says. “We learn from each other and we grow together.”

“What a privilege, what pride to bask in this wonderful moment — but also what a challenge. We have the talent, resources, passion, and technology to set the gold standard for the next 50 years, and we are taking up this challenge with the utmost seriousness.” – Ronni Rosenberg

What will the next half century bring? Changes in technology have put the focus on real-time production. Some classes are combining business know-how with the development of animation skills, enabling grads to start their own production companies or go freelance. There’s plenty of opportunity – online streaming services have stepped up the demand for animated programming.

Stukator says Animation at Sheridan will need to continue to be agile enough to embrace change, and it will marry technology with art to tell strong, character-driven stories that captivate audiences.

Rosenberg agrees, adding it’s exciting to have the chance to move forward and build new opportunities, especially in the special effects side of animation. “What a privilege, what pride to bask in this wonderful moment — but also what a challenge,” she says. “We have the talent, resources, passion, and technology to set the gold standard for the next 50 years, and we are taking up this challenge with the utmost seriousness.”

Why care about creativity?

Creativity is a cornerstone of Sheridan, but why does creativity matter? In this post, Dr. Gerard Puccio...

A drive for change across Canada