Two animation alumni have earned Oscar nods in the Best Animated Short Film category for their directorial debuts, while a media arts alumnus has received a nomination for Sound Mixing.

Nominees of the 91st Academy Awards, which recognize excellence in cinematic achievements, were announced on Jan. 22, 2019. The winners will be announced at a ceremony on Feb. 24, 2019.

Trevor Jimenez (Bachelor of Animation ’07), a story artist with Pixar, received his nomination for the animated short Weekends. The short follows a young boy as he shuffles between the homes of his divorced parents. 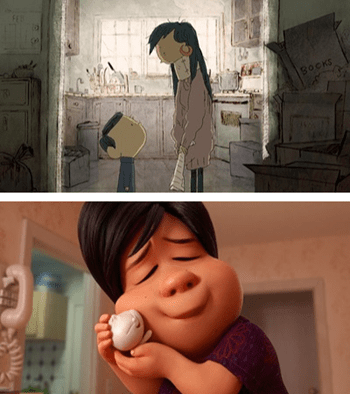 Fellow Pixar storyboard artist Domee Shi (Bachelor of Animation ’11) also received a nomination in the Best Animated Short Film category for her short Bao. The film, which screened ahead of Incredibles 2 in theatres, tells the story of an aging Chinese-Canadian mother who receives an unexpected second chance at motherhood when a dumpling comes to life.

Craig Henighan (Media Arts ’95) is part of the team nominated in the Best Sound Mixing category for Roma. Henighan has worked on sound for other award-winning productions including Black Swan, 13th and Hidden Figures. He has won two Emmys for his work on the hit Netflix series Stranger Things.

Animation alumni worked on four of the five projects nominated for Best Animated Feature, including Incredibles 2, Isle of Dogs, Ralph Breaks the Internet and Spider-Man: Into the Spider-Verse.

“To see our alumni recognized in this significant way speaks to their skills as storytellers as well as animators,” says Janet Morrison, President and Vice Chancellor of Sheridan. “We are thrilled to celebrate their successes, made all the more notable as Sheridan celebrates the 50th anniversary of its Animation Program.” 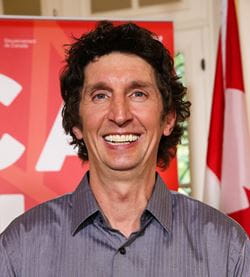 “The faculty at Sheridan are honoured to have the opportunity to nurture the talent of budding animators,” adds Angela Stukator, Associate Dean of Animation and Game Design at Sheridan. “Domee and Trevor’s success is a testament to the heights Sheridan’s Animation students can reach. We are deeply proud of them, and all our alumni who contributed to films nominated this year.”

Historically, Sheridan alumni have had a strong representation at the Oscars. In 1985, John Minnis (Animation ’83) won Best Animated Short Film for Charade, while in 2003, Eric Armstrong (Computer Animation ’88) won for his work on The Chubbchubbs! In 2015, three of the five films nominated for Oscars in the Best Animated Feature category were directed by Sheridan-trained animators, including Chris Williams, who won that year for Big Hero 6. In 2017, Alan Barillaro (Animation ’96) took home an Academy Award for his short film, Piper.

Sheridan’s animation attracts students from around the world. In addition to a four-year degree in animation, which blends traditional and contemporary approaches to the discipline, Sheridan also offers one-year graduate certificate programs in computer animation, visual effects and digital character animation.