How is the animation industry adapting amidst uncertainty? 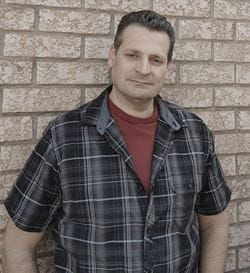 While live-action productions have faced delays during COVID-19, animation studios are busier than ever. In this installment of Take 5, Mario Positano, Program Coordinator for Sheridan’s Honours Bachelor of Animation program, discusses why the animation industry has been able to weather the storm of the past year and what he expects for the future of animation.

1. While many businesses have struggled during the COVID-19 pandemic, some have called the animation industry “pandemic proof.” How has animation been able to weather the storm?

I don't know if anything really is pandemic proof, but if you look at how contracts are done in animation, people have been working remotely for years — it's nothing new. So, when the pandemic hit, there was already a model in place that companies could follow. Now, you’re just seeing more of that. It's probably been a bit easier for animators to adjust than in some other industries. I can see changes needing to be made going forward because there are companies that don't want their content to exist outside of their studios or equipment. They don't want staff or contract animators taking their content and circulating it, or copying it and bringing it home. In that case, companies are going to have to adopt VPNs or use remote machines to have animators do the work. Some studios have already had a working model for this as well.

But generally, animation studios already had a model in place where people could work remotely. Now, it’s just being used on a larger scale.

2. Are you seeing an increase in demand for animated content in that in the past year?

There are definitely a lot of studios looking for artists. It’s a lot easier to do animation right now than it is to do live action. Trying to bring a bunch of actors, a camera crew, lighting crew etc. into a studio and have them physical distance requires a lot of logistics. But in animation, everyone can work separately, stay connected, and produce the same product.

We’ve been lucky at Sheridan that our students have been successful at getting jobs for decades. The market’s really taken care of our students. This year, there's definitely an increase in people contacting us with positions, as there aren’t enough artists to cover all the work, which I suppose is due to the pandemic. But I think post-pandemic, we’ll go back to the demand we saw before, which was still great for our student. They’ll still get jobs.

3. What impact has the growth of streaming services had on the animation industry?

It’s meant the opening of more animation studios. As more streaming services become available, there’s more content required to supply those services. It also means increased competition between the services, which drives content production up. Animation is a natural area of expansion for these services to pursue.

4. Looking at the films nominated for Academy Awards this year, they really cover the gamut in terms of style, featuring 3D-animation, 2D-animation, and even stop motion. What sorts of animation trends are you seeing in the industry?

I don't know if I notice trends. If you look at something like Spider-Man: Into the Spider-Verse, which won the Oscar last year, it really woke people up to a new style, and we love when that happens in animation.

I don’t think it was at the forefront of the minds of the animators at Sony to create something that would break new ground, but the animation style really took off. It was more about the artistic drive for them to decide on a look and give it their all.

It’s a hope of mine that we continue to see new looks and new styles in animation, rather than have there be trends. When you watch independent animated films, there’s so much weird stuff out there. Some of it is beautiful, and some of it isn’t, and that’s fine – we need both. If you’re not pushing boundaries, you’re not going to be inspired, and then we’ll never have unique films going up the ladder in bigger studios.

What I like about the films that come from our fourth-year students is that their design and filmic look are created entirely independently. They’re a reflection of what’s on those students’ minds, and they get to see if they can pull off their vision. Now, is that going to set a trend for something they’ll pursue later on? I’m not sure. But I hope it inspires their thinking and encourages them to pursue their visions.

5. Four of the five animated films up for Academy Awards this year were released straight to streaming services. Do animators approach projects differently, knowing that they may be consumed by audiences on a smaller screen?

An animator’s workflow is more project-to-project based than anticipating how it will be viewed. The workflow entirely depends on budget and time – it doesn’t really change the way an animator works knowing where the final product will live.

If a production studio has more time and more money, they can put that into the film. That can mean a greater focus on more full animation, better lighting/fx, or polished renders. It’s not really about the output screen that people are shooting for. When you talk to any animator out there, they’re always trying to get the best of out their work, and make it look the best it can in the time that they have. It’s about artistic drive. The only reason an animator will go for less is because they’ve run out of either time or money.

Mario Positano supports student learning and film making. In Sheridan’s Honours Bachelor of Animation, Mario teaches in the Digital Stream, which includes Digital Tools (1 and 2) and 2D Applications. He also runs workshops for additional learning, and those include Compositing, Rendering, Texturing, Lighting, and Sound (Mixing, Recording, and Foley). In addition to teaching, Mario is the Technical Mentor for third-year group films. He guides and advises the production of group films.

Interested in connecting with Mario Positano or another Sheridan expert? Please email communications@sheridancollege.ca.

The interview has been edited for length and clarity.