Would you be surprised to learn that 37% of Canadians define themselves as “gamers”? How about knowing that their average age is 36, with an almost even split of 51% men to 49% women[i]?

If you’re shaking your head in disbelief, consider this. Among those who don’t consider themselves “gamers”, 79% admit to playing games on their mobile devices in the last 4 weeks[ii]. Candy Crush counts.

This seemingly healthy appetite for games puts this year’s first-ever graduating cohort from Sheridan’s Honours Bachelor of Game Design in good stead, as does the fact that Canada’s video game industry consisted of 472 active studios in 2015, while the industry directly employed 20,400 individuals and added $3 billion to Canada’s GDP[iii]. In the US, value added to GDP from the video game industry amounted to $11.7 billion, with 2,322 video game developers directly employing 65,678 workers[iv]. The interactive entertainment industry also generated $91 billion in revenues in 2016, when adding up consumer spending on gaming for mobile, PC, consoles, eSports, as well as gaming video and VR.[v] 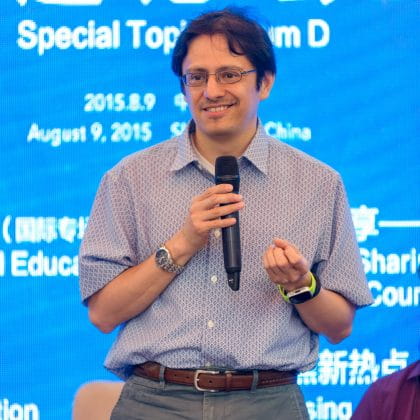 So, just what is it exactly that makes video games so attractive?

“Gaming is a part of the human culture,” explains Dr. Jose Rueda, Professor of Game Design at Sheridan. “Babies learn through playful experiences that prepare them for life, so we’re already wired for play. Video games are particularly compelling because they’re interactive. For example, a movie or a book can tell you a story and take you through an emotional journey; a story-oriented video game gives you an emotional journey plus the choice earn an accomplishment, or whether to continue if you fail a challenge, develop a skill and retry the challenge, take a new path, or walk away and find something else to do, all within the game.”

Rueda further explains that games are based on the principle of creating a “magic circle” – or an environment that coaxes a player to suspend disbelief and allow herself to get absorbed in a game. “A lot of games take you into a fantasy state – a flow state – where you feel time has stopped and you’re immersed and happy, you are ‘in the zone’. All of these experiences release chemicals in the brain which positively affect people’s emotions. It’s an experience that’s purposefully designed, all because humans love to play.”

“A lot of games take you into a fantasy state – a flow state – where you feel time has stopped and you’re immersed and happy…it’s an experience that’s purposefully designed, all because humans love to play.” – Jose Rueda

Rueda also thinks of games as a form of communication and engagement, more a service than a product. “They can teach you something through repetition, sequential challenges and recognizing your accomplishments, which is motivating.”

If that’s the case, the obvious challenge becomes how one goes about teaching students to create a digital experience that enables escapism, problem-solving or the mastery of skills. 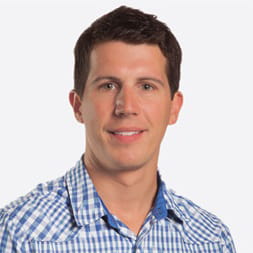 “The principles of sociology, anthropology and psychology all come into play” says Nicolas Hesler, Professor of Game Design at Sheridan. “We certainly focus on teaching technical aspects and building for games, but we also emphasize designing for the player experience. We teach students to empathize with the player, and understand the context and purpose of play. Purpose is important to better target a game; for example, some players play to belong to a group, or to overcome a challenge, while others play to learn something, or practice something, or to earn a reward.  Students also study psychological principles of challenge, rewards and incentives that motivate a player.  It’s a lifelong journey. We know we’ve done our job when students entering third or fourth year realize how difficult it is to design games well.”

“We teach students to empathize with the player, and understand the context and purpose of play.” – Nicolas Hesler

Warren Currell, President of Sherpa Games, Chair of the Program Advisory Committee that supports Sheridan’s Game Design degree, and a long-time advocate for both the industry and Sheridan’s credential offers his thoughts on what draws students to game design. 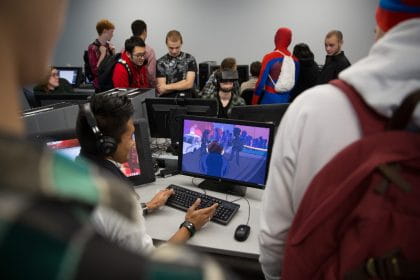 “Students get to work on bringing something to the world that’s not been done before or figuring out how to make something better,” says Currell. He also speaks of the enduring lure of a good challenge and his respect for those who embrace it. “Video games are the most difficult of any artistic discipline. Unlike book writing or film or art that lives on paper, video games require the art to be converted into math and into something that works on a computer chip.”

Currell says that given the industry’s growing sophistication, the opportunities for new graduates are great. “Any Triple-A title today is developed by a team of 150 people, working for 2-3 years, with budgets of $40 million or more. The quality of the art, storytelling, animation and the research and history that gets invested is mind boggling. The computing power of the current console generation is also incredible and it’s constantly getting better.” The net result is a sustained need for people with high levels of skills and talent.

“Students get to work on bringing something to the world that’s not been done before or figuring out how to make something better.” – Warren Currell

“I’m also a huge fan of Indie development,” says Currell. “The barrier to entry is very low. For $99, you can get your apple iOS license and publish a game. Back in the day, you needed approval from Sony, or Microsoft or Steam. That took a lot of money. When I first started out as an agent, we’d get a project on the shelf and stop making CDs or DVDs until the inventory ran out. Now, a small developer can take a game to market and take it to the same audience as Ubisoft or one of their competitors.” 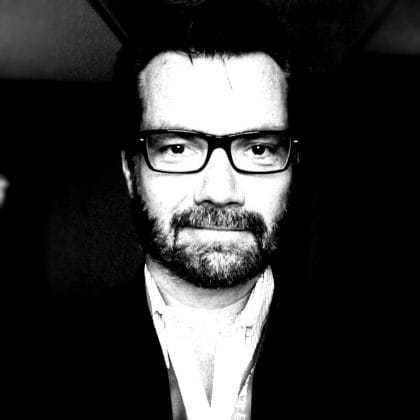 Some experts suggest that up to 500 games are launched per day on iOS and 250 a day on Android[vi].  That’s a lot of noise. Cutting through the clutter requires a dedicated effort to building a following.

“A lot of developers hire PR people and have people play and review their games on blog sites,” says Currell. “Or they pay a company to expose their game to people who play similar games, much like a targeted Facebook ad. Creating a high level of awareness is like catching lightning in a bottle.”

It’s a lesson that Sheridan seems to be taking to heart. Students learn to manage the production of the game from conception through to distribution. Capstone projects for this year’s graduating class resulted in the creation of 12 games, five of which were big winners at the 2017 Level Up Student Showcase in Toronto this April. Each has its own twitter handle and has been made available to download, all of which helps to generate community. 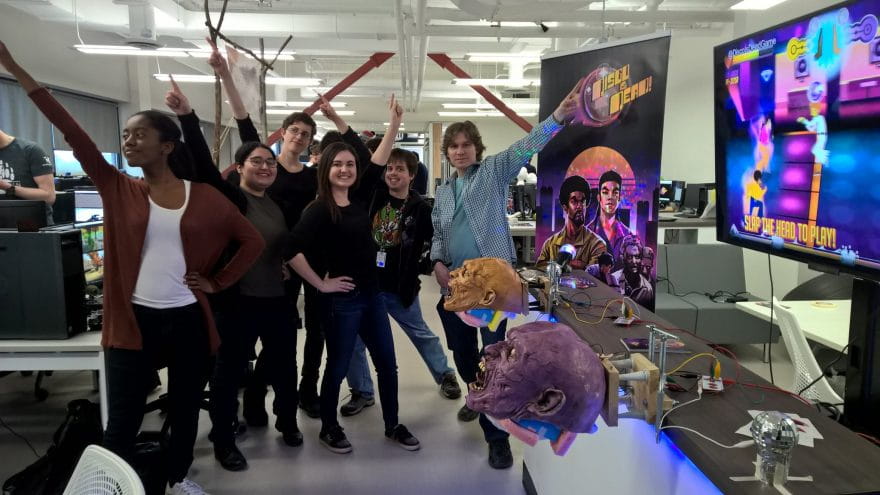 “The gaming industry knows that a following is important,” adds Hesler, in terms of sustaining momentum and interest. “They look at fan tweets and the ‘LetsPlay’ videos that users post of themselves playing a game and telling you what they think.”

These notions of iteration and co-creation seem germane to the gaming community core. “Many companies release their software so that consumers can build off that,” says Rueda. “Gamers are a special type of people that push technology forward. Computer graphics, memory, computer speed – all of that advances due to the openness of the industry. It’s not quite what you see in other industries where secrets are guarded and polarize things.”

Whether Sheridan’s graduates stay in game design, or apply their skills in user experience and interface design to the many other industries that now need to understand how people engage with media, they seem to be well poised to hit the high score. Good luck class of 2017. For the win!

Attendance at Orientation Linked to Learning