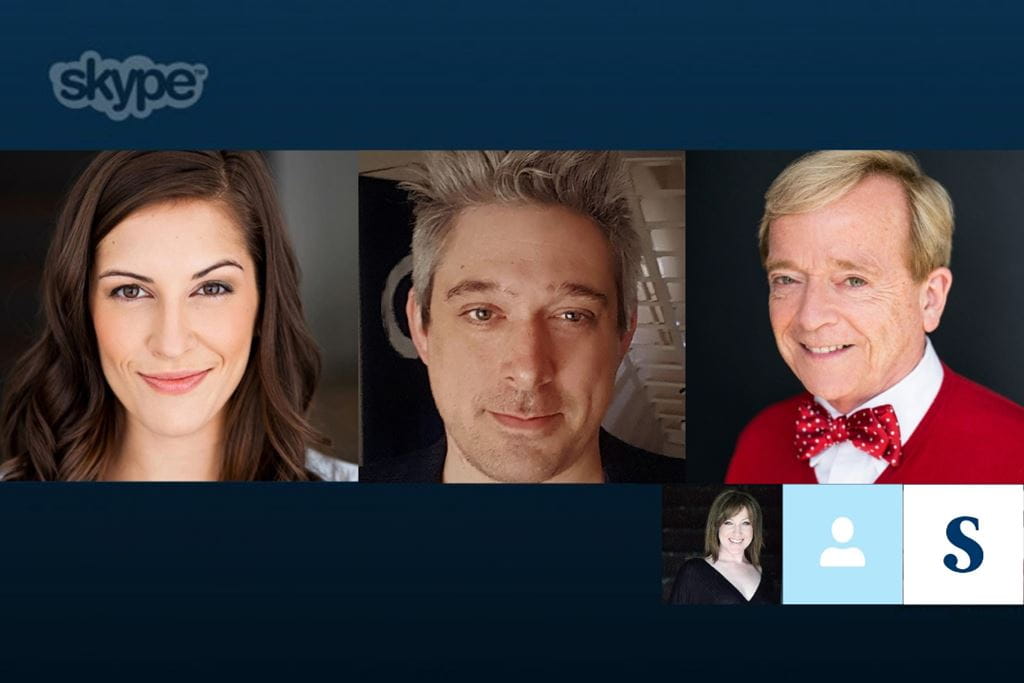 Becky Hachey always knew it was a good idea to upgrade her advanced diploma to a degree. Problem was, life just kept getting in the way.

Between her regular day job and some TV work she was doing on the side, where would she find the time? And even if she could commit the time and money toward enrolling in Sheridan’s Music Theatre Degree Completion Program — designed for students who graduated before the Music Theatre program became a Bachelor’s degree in 2011 — Hachey now lived in Vancouver, more than 3,300 kilometres away from the Oakville campus she called home from 2004-07. Sure, most of the degree completion courses could be completed online, but a mandatory two-week capstone project required collaborating with fellow students to workshop and perform a new Canadian musical.

The logistical challenges seemed insurmountable. Especially in the fall of 2018, when Hachey — five months pregnant with her first child — heard that Sheridan would soon be discontinuing the Music Theatre Degree Completion Program. “The fact that it was ending was a push to jump in and get going on it, for sure,” Hachey says. “I thought I could come out east for the two-week in-person component, but it would mean also bringing my husband and a four-month-old baby.”

Hachey wasn’t the only one who had to clear these types of hurdles to complete her Music Theatre degree. Stephanie Roth and Vincente Sandoval were also interested in upgrading their advanced diploma, but both also lived on the west coast, Roth had a young child and was busy rehearsing for an upcoming production, and Sandoval’s availability was limited by work commitments.

Fortunately, Dr. Jason Saunders had an idea: Why couldn’t the three students produce their capstone remotely over Skype instead?

Program mandate was to be accessible for all

“Ever since our first cohort of degree completion students came in 2013, we’ve had a mandate of making sure all students could do this completion, regardless of where they live, their work commitments or whatever else,” says the Music Theatre Degree Completion Program Co-ordinator. “Here, we had three students who lived in Vancouver, two of whom were in acting shows at the time, two of whom had children under the age of three, so it was important that flexibility and accessibility worked for them.”

Saunders was already familiar with Skype from some collaborative work he had done in the past. So was Sheridan Professor Emeritus Ron Cameron-Lewis, who remained involved with the degree completion program after retiring from full-time teaching in 2009. With Cameron-Lewis’ support, Saunders pitched his idea to Visual and Performing Arts Associate Dean MJ Carroll, who immediately endorsed the initiative.

“I thought it was a great idea. It really fits with the Strategic Plan that Sheridan is embracing and rolling out, dealing so closely with this idea of creativity and about thinking outside the box in terms of delivery,” Carroll says. “Jason and Ron showed real leadership around doing something we’d never really done before and taking a risk around that. Plus, it seemed to me that the students really liked the idea. When you have all stakeholders really embracing something, it makes sense to try it.”

Once Hachey, Roth and Sandoval completed their core and breadth courses online, they began to work on their capstone through Skype meetings with Saunders and Cameron-Lewis. Using a monologue provided by one of Cameron-Lewis’ former drama students about a theatre that came to life, the group converted it into a podcast structure that featured a narrator and two characters. Saunders then recorded the dialogue through live conversation on Skype.

Capturing vocals required a more creative approach, especially when trying to make it sound like all the podcast participants were in the same room. At first, Saunders tried patching the students directly into his digital audio workstation software by accessing their sound card, but there was too much latency. Instead, Saunders recorded a piano track of the melody and sent it to the students, who then recorded themselves singing their part while wearing headphones (in order to provide a pure vocal track.) From there, Saunders blended the vocals with the piano track, running the audio through common channel strips and compressors to simulate a more unified sound.

Chemistry comes through on Skype

The end result was a 16-minute podcast that students and professors alike were proud of, even if the capstone project is more about the process than the final product.

“I think it turned out great, and it was super fun. Jason’s pretty good at editing,” Hachey says. “He was able to equalize things and make it all feel like we were in the same place, making it a seamless product.” Carroll agrees. “I was taken aback. It was just terrific. The students embraced it and the end product shows it.”

Adds Saunders: “There’s something to be said for music made by people in the same room, a magic that’s involved when people share the same space and music is vibrating in the air. But these students all had tremendous experience being engaged and performing with other people. The chemistry was always there through Skype.”

The capstone also marked a perfectly creative and innovative ending to the story of Sheridan’s Music Theatre Degree Completion Program. Over the years, nearly 100 graduates of the advanced diploma program returned to Sheridan looking to upgrade their credential.

“It fills my heart,” Cameron-Lewis, who’s approaching the half-century mark as a professor at Sheridan, says of seeing many of his former students return to acquire their degrees later in life. “We were able to work around everybody’s schedules, helping them overcome what may have been insurmountable obstacles. They learned a heck of a lot, and they loved the experience.”