Crossing continents for love of learning

Four proud Sheridan alumni, who were drawn to the College from different parts of the globe, recently reflected on their reasons for crossing continents to study at Sheridan and how they navigated language and cultural differences to create successful careers after graduation.

Participating in a webinar organized by Sheridan to mark the International Education Week in November, they remembered the professors who inspired them, the mentors who set them on the road to success, as well as their first snow, the first double-double, and their surprise at finding out that December is not the coldest month in Canada!

Agrawal is creating waves with her recent animation series The Legend of Hanuman which was launched by Disney + Hotstar in January this year. The show attracted over 8.5 million viewers in the first 10 days, creating a milestone for immersive and high-quality original animation content in India. 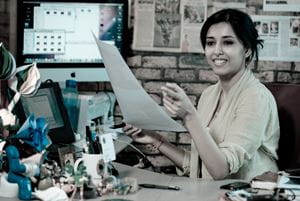 Fifteen years ago, Agrawal arrived from India as an international student drawn by Sheridan’s Animation program. “The program is among the best in the world. I also wanted to have multi-cultural exposure and be in a country that’s safe for women,” she says. Initially, she wasn’t at all comfortable about sharing her ideas in the class but soon found out how supportive her peers and faculty were. “They were very accepting towards my approach and creative thinking, and not just me: every single international student in the class received the same consideration,” she says.

“Once I got used to the process, the questions from my classmates helped me to understand what the story’s approach should be, where exactly I was lacking, and how I could further improve my storytelling,” she says. Her mentors and her professors formed the backbone of her educational experience at Sheridan, she says.

The industry exposure which she received at Sheridan, as well as the advice of her talented classmates and colleagues, continue to guide the way she runs her own studio now, she says. “It benefitted me to have an open-minded approach and to understand qualitatively what can be developed further; how to make our content more mature and take criticism in a productive manner. All this has helped me both as an entrepreneur and a filmmaker,” she says.

One of Agrawal’s personal challenges when she first arrived in Canada was its winters. “I came in September which to me was a cold month. I still remember my shock when I entered the dorm and saw students jumping into inflatable pools and roaming around in shorts. There I was, covered in winter clothing and people were sunbathing!” she recalls.

Teenaz Javat – An onward journey that began at Sheridan

Teenaz Javat (Media for Global Professionals ’07), is a Senior Writer at CBC, known for her expertise in sourcing out stories unique to South Asia, Iran, and Arab countries of the Middle East and North Africa.

When she first came to Canada in 1997 with an eight-month-old child, she had to put her career in journalism on hold to care for her young family. Once her second child was in Grade 1, Javat felt ready to go back to her profession but her degree and work experience were not recognized in Canada. Luckily for her, just then Sheridan started a journalism program for internationally trained writers.

“It was exactly what I was looking for. I didn’t need to learn how to find a story or to write a story, but I wanted to be in a program which would allow me to work in the Canadian media,” she says. “That's what brought me to Sheridan and from there on, my journey has only been upward and onward.” She fondly remembers her classroom in the program as a ‘mini United Nations,’ with students from Iran, India, Pakistan and South America. As a journalist, the exposure to such diverse points of view from across the globe was priceless. There was also the added benefit of the networking opportunities faculty members offered. Most of the professors worked in leading publications, TV and radio networks such as the Toronto Star, CTV and CBC, and helped the students develop contacts and get internships.

Javat credits her current position at the CBC to the support of her professors and classmates at Sheridan. As part of the program, she had interned at the Toronto Star but hit a roadblock once she completed the six-week tenure in the newspaper. A classmate then introduced her to a colleague at CBC, and a reference from one of her professors who worked in the organization helped her in getting a job there.

“You're only as strong as your network, and that classroom of 32 students from all over the world is where I started by networking, and I'm still continuing with it. I don't think I would be anywhere without it,” she says.

Anika McNaught – Setting out for success

Three years after being turned away from a Kingston university because her grades were not good enough to pursue law, Anika McNaught (Child and Youth Care ’18) came to Canada to join her sisters and study at Sheridan. She was determined to succeed.

“I started at Sheridan with three goals in mind: one, that I’m going to create a huge impact on campus; two, that I'm going to graduate as a class valedictorian; and three, I’ll graduate with high honors,” she says. 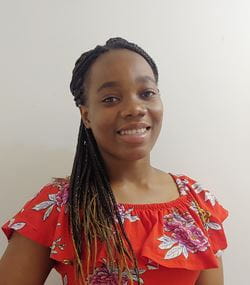 Today, she’s an educational assistant at the Peel District School Board, and proudly displays a 2018 news clipping from the Jamaica Observer titled, I was destined for greatness and I knew what my aim was. The article, lovingly framed for her by her grandmother, still makes her emotional as it reminds her of the challenges she overcame with the support of her professors and classmates at Sheridan.

McNaught had initial setbacks in her academic performance and recalls that starting out her new life in Canada, she was extremely self-conscious about her accent. She refused to get disheartened and decided to take steps to develop her self-confidence. She became a member of various clubs and organizations to learn more about the “Canadian system,” and encouraged by one of her professors, joined Sheridan’s peer mentorship program.

McNaught doggedly pursued her goals and with the support of her classmates and professors, she realized all her of dreams, including finishing college as a class valedictorian. Today, she pays that support forward.

“I now have a YouTube channel and a podcast where I encourage young people and adults who are transitioning into a new society to have courage and not give up,” she says.

“What’s a double-double?” That’s a question Alice Ferreyra (Theatre Arts - Technical Production ’11) remembers asking when she first began her life in her new country. Lima-born Ferreyra chose to study at Sheridan because the Theatre Arts - Technical Production program aligned with her prior education in architecture and interest in hands-on learning. During the two-year program, she got to see a little bit of everything in technical theatre and realized that stage management is a department that oversees all the other departments in theatre. “I just kind of fell into it then and there, and it was great,” she says. 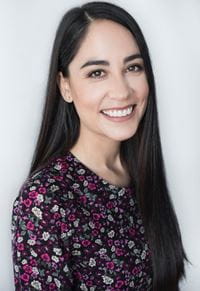 Ferreyra recalls the College field trips to Shaw Festival and Stratford Festival with much fondness. “I remember being back there in their warehouses filled with props and costumes of all periods, and just sitting there and being in awe of all those jobs in theatre that nobody knows about,” she says.

Although she has now built a career as a stage manager, Ferreyra wishes she had known more about the laws governing international students as well as work permits and permanent residency. “An international student can’t just work anywhere and later, to get union equity (in technical production) one needs to have permanent residency. I learned a lot and was exposed to a lot at Sheridan, but the practicality of what to do once you graduate was eye-opening,” she says.