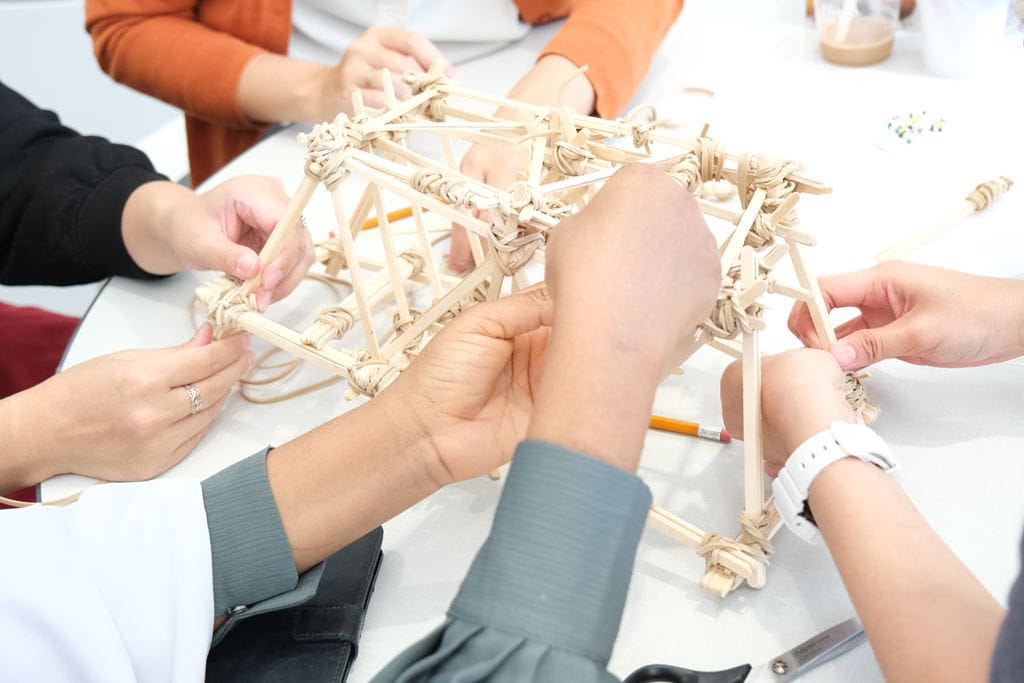 The first four weeks of Sheridan’s architecture programs build a foundation for studies in the planning, design and creation of structures.

The fifth is spent building a community.

“We want our students, faculty and staff to feel like they’re part of a family,” School of Architectural Technology Acting Associate Dean Shannon Pirie says of Architecture Week, an annual event during which students from across all years of Sheridan’s architecture programs — including the new Urban Design graduate certificate — collaborate in a variety of hands-on learning activities. “It’s important that everyone has someone they feel they can go to with questions or for support or to have a laugh with.”

In one of this year’s Architecture Week exercises, students worked in teams to draw a full-scale wall section of a three-storey building. The wall sections were then taped together to form 30-foot-long drawings that teams draped from the staircase in the A Wing atrium at Hazel McCallion Campus (HMC).

Other activities included building roof structures out of coffee stir sticks, elastic bands and pins; an AutoCAD and Audodesk Revit drawing assignment; a lecture by guest speaker Robert McKaye, Senior Manager, Planning and Design of The Bentway project in Toronto; and tours of downtown Toronto, the Mississauga Art Gallery and HMC’s new $43-million Student Centre — a project that was managed by Sheridan graduate Lucas Laurenssen (Architectural Technology ’10). The week concluded with a design charrette that saw students apply non-traditional thinking to build model structures out of tarp and magazines, with prizes awarded to the top creations.

“Often times, the best ways for students to learn is from each other,” adds professor Dan Acimovic. “There’s also a lot of bonding that goes on during Architecture Week, and we often find that it brings first-year students out of their shell.”