When the COVID-19 pandemic forced an early end to the Theatre Sheridan season, fourth-year students in the college’s esteemed Bachelor of Music Theatre Performance program feared the lights had gone out on their Sheridan tenure as well.

“Our program is like a giant family,” said Class of 2020 member Taylor Garwood. “And we weren’t going to get to say goodbye.” 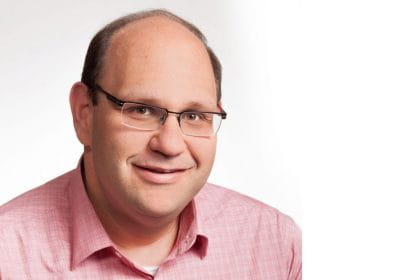 Fortunately, Michael Rubinoff and Nick Green had other ideas.

Rubinoff, the Producing Artistic Director of Sheridan’s Canadian Music Theatre Project (CMTP), and Green, a Toronto playwright who co-wrote the musical the CMTP was developing in the winter semester involved Music Theatre Performance students in a pair of heartwarming initiatives supporting an industry crippled in the wake of COVID-19 closures and cancellations. Rubinoff and nine students organized Places, Please, a 24-hour virtual telethon that raised more than $41,000 for the Actors Fund of Canada (AFC), while many of Rubinoff’s students also assisted Green with the Social Distancing Festival, a website that showcased work from shows that have been cancelled due to the global pandemic.

Telethon forced students to be directors

The origins of Rubinoff’s idea for a virtual telethon can be traced back to his youth. “I loved telethons that had big musical numbers and incredible talent,” he recalled. “This seemed like a way that we could raise money while doing it in a creative way to showcase incredible theatre companies and talent.”

The telethon’s financial goals may not have seemed overly aspirational — “Every cent helps,” said Rubinoff, who did not set a target for amount of pledges raised for the AFC — but putting a 24-hour event together so quickly certainly was. “I’ve never done a telethon before. This used to take 10-12 months of organization, and we’re trying to do it in nine to 10 days,” Rubinoff noted. That meant a lot of work and responsibility for the nine Music Theatre Performance students, two of whom were in their third year of study. The group spent a week reaching out to directors, producers and actors from across the country, with each student responsible for filling out their own two-hour blocks of programming. “It was us telling important directors: ‘This is what’s going on,’” said Garwood. “They were coming to us with questions.” 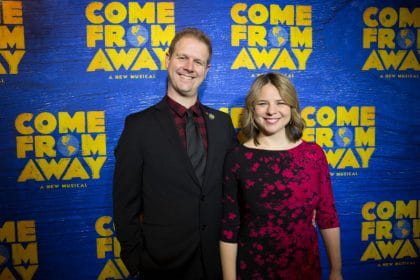 In the midst of all the work, however, the students quickly recognized the benefits to them — both personally and professionally. “It forced us to stay in touch and keep working on something together,” fourth-year student Matt Reid said of the team’s regular meetings on Zoom. “And it’s been so cool to see so much international engagement. It forced us to look at different works of art that we never thought we’d be looking at. It was a really exciting way to consume art in a troubling time as a way to heal and process what’s going on.”

“Our program is like a giant family. And we weren’t going to get to say goodbye.” – Taylor Garwood, Sheridan Music Theatre student

There was also a three-hour segment from 2 to 5 a.m., titled The Global Class of 2020, during which Sheridan fourth-year students conducted interviews and show performances by fellow graduating music theatre students from across the world. “I learned so much, and I was able to connect with more people in isolation than I would in a normal week,” said Garwood. Added Rubinoff: “I was trying to have them put into practice the skills they’ve learned — their creativity in terms of creating segments and ideas for segments that included a performative element, their communication skills, and deepening relationships with people in our industry. And everybody just rolled up their sleeves and got involved.”

Many of Rubinoff’s students were also heavily involved with organization of the Social Distancing Festival, which Green launched shortly after the CMTP had to shut down production of his and composer Kevin Wong’s musical “In Real Life”. Within a week, there were more than 250,000 visitors to the site, which hosted rehearsal videos, photos, songs, designs, excerpts and other work that may otherwise have not been seen by an audience due to show cancellations caused by COVID-19.

“Coming together in this way has connected us like we’ve never been connected before. We’re all feeling the same loss. But we’re also working together as a community to get through this.” – Michael Rubinoff

“It started with a post on Facebook. I like to think I’m a popular guy, but I don’t have that many friends,” laughed Green. Clearly, his idea struck a chord with artists who were struggling with the experience of having their work cancelled and facing an unprecedented amount of uncertainty about their industry. “I think the site ended up being a little bit of a beacon for those artists,” Green added.

Overwhelmed by the early response to his site, Green turned to Rubinoff, who offered to have some of his students assist with tasks as simple as data entry. It quickly became more than that, with students curating material and writing posts that accompanied submissions to the site. Reid even handled the festival’s social media accounts.

“They were so great. They were energetic and engaged in the project, and they brought a lot of their own voice and experience to what we were doing,” said Green. “I think any artist can benefit from any experience in administrative and organizational tasks behind the public presentation of art, and this was a great opportunity for these students to practice that side of the artistic discipline.”

‘A good reminder of why we do this’ 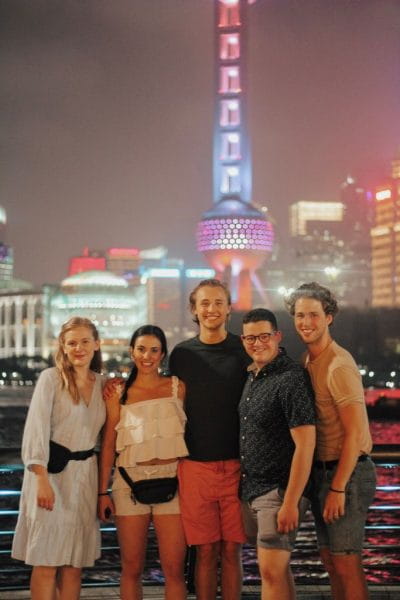 Whether working on the Social Distancing Festival or Places, Please, the students had a first-row view of the raw emotions of artists from across the world — people who were devastated by losing opportunities to showcase their work but appreciative of the platforms that the Social festival and the telethon provided. “A lot of theatre companies have lost money and time they won’t be able to get back. But this was a good reminder of why we do this and what’s important: sharing our art and sharing our stories,” Garwood said.

If that was the final lesson Rubinoff helped deliver his students before they graduate, it wasn’t a bad way to lower the curtain on those four years at Sheridan after all.

“Coming together in this way has connected us like we’ve never been connected before. We’re all feeling the same loss. But we’re also working together as a community to get through this,” Rubinoff concluded.

“We know we’ll get through this. And whenever this pandemic comes to an end, or whatever the new normal is, we’ll be there opening the theatres up for communities to come together. That’s our job. And we’re pretty resilient.”