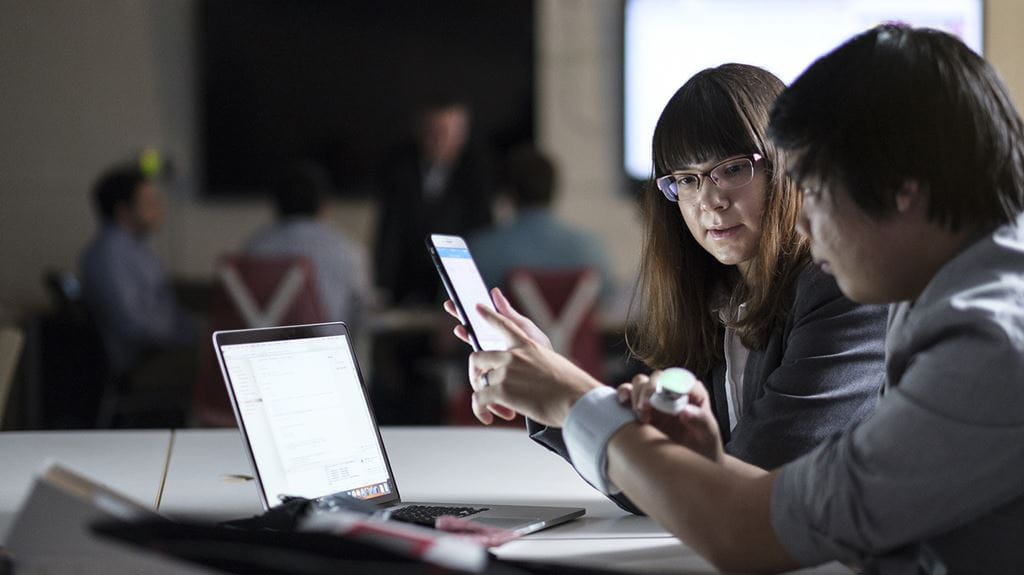 One day, a patient will get an update on his phone if his heart rate spikes. An app will track medications he’s taking, and send an alert when it’s time for a refill. And they’ll be powered by Sheridan’s Centre for Mobile Innovation (CMI). 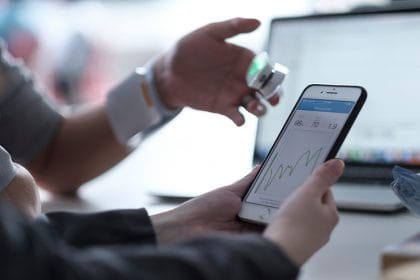 In the four years since it began, the CMI, led by Applied Computing Professor Ed Sykes, has earned more than $3 million in funding for innovative projects. In early May 2017, the centre received $2.3 million from the Natural Sciences and Engineering Council of Canada’s College and Community Innovation Program and a further $1 million from the Canada Foundation for Innovation’s Infrastructure Operating Fund and its College-Industry Innovation Fund. Its work in 2016 helped Sheridan earn first place in Research Infosource Inc.’s ranking of Canada’s Top 50 Research Colleges. “The CMI is part of a culture at Sheridan that advances the Internet of Things and new technology,” Sykes says.

Most projects pair students with industry partners like Mindr Mobile. The company builds apps that provide peace of mind for people living with chronic health conditions like asthma. So if people living with asthma go running, for instance, they don’t need to worry about what happens if they have an attack and can’t reach the phone. The app will send a pre-set message  – along with a GPS location – to alert a family member or friend that they need help.

“The CMI is part of a culture at Sheridan that advances the Internet of Things and new technology.” – Ed Sykes

Robert Young, one of Mindr Mobile’s co-CEOs, says the technology works in other industries, too. In 2016, he worked with students from the CMI to develop an app that will track security guards’ movements to ensure their safety. Students researched how beacons could transmit a low-power signal to a cell phone to track a guard’s movements around a building, and presented their work to Mindr Mobile so it could be used to enhance their current products.

Young says the research is a huge benefit to his company, because while GPS is reliable outdoors, it’s harder to track movements indoors. “We benefited from the expertise of Ed and his team of students. We wouldn’t have done the research without (them), because we don’t have the resources to do it. They were extremely effective in uncovering a lot of the potential challenges … and showing the benefits of using one type of technology over another.” 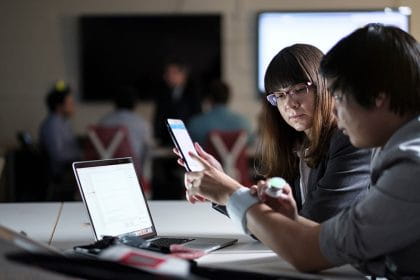 Brian Vanstone has also seen the CMI’s expertise first-hand. He is a partner in charge of client and corporate operations at Oakville-based Encore Market Engagement, a field-sales organization that helps companies with selling, merchandising, technology and strategic consulting. In 2016, three Sheridan students worked on a project to help Encore’s clients in the consumer packaged goods industry. They developed a prototype of an application that takes a picture of product displays.

The app automatically checks the picture against other photos of ideal product placements to ensure they are effectively displayed to consumers, and to check that there’s enough inventory. Vanstone says that could help his clients’ sales representatives do their jobs better – and save money – because when they walk into a store to inspect a product display, they’ll spend less time double-checking the shelves, and more time talking with store staff about how to boost sales.

Vanstone says the CMI’s research and innovation are valuable for Encore, and its clients. “I always want to be on the front edge of things so we can bring that kind of thinking to the table,” he says. “I like the idea that it helps us keep abreast of the changing dynamics in the mobile and wireless computing world. And it feels good for us to support the education of students.”