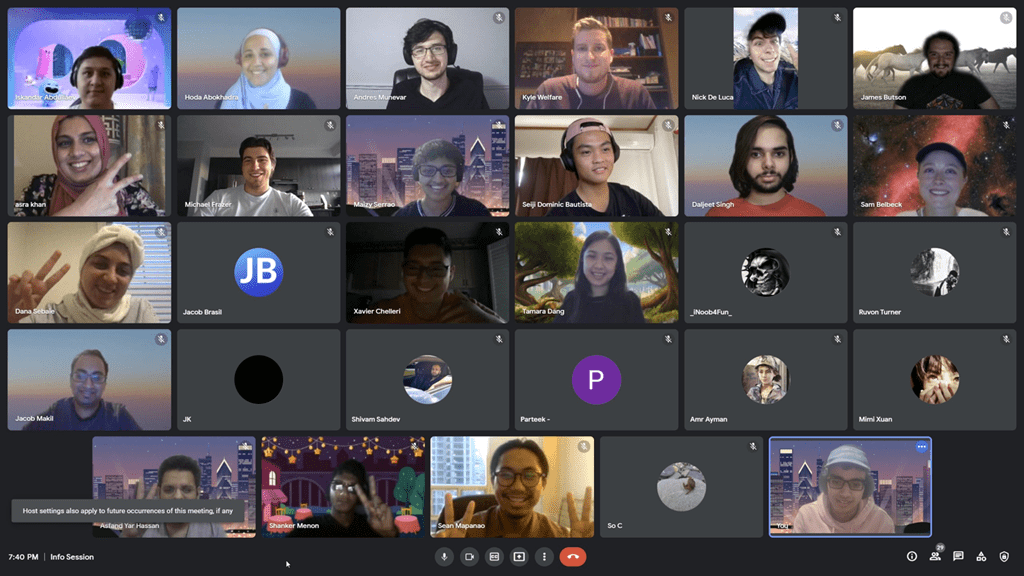 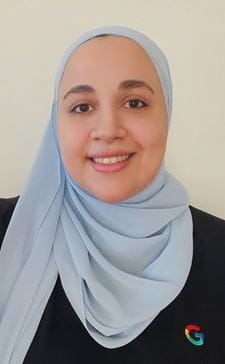 There was just one problem. In order to enter the international coding competition, you had to apply through your local Google Developer Student Club (GDSC) — and Sheridan didn’t have one.

Not many other schools had one, either. According to the Google Developer Student Clubs website, only 20 postsecondary institutions in Canada are home to GDSC chapters, including just four other colleges in Ontario. And while Google provides plenty of support to help GDSC members grow their knowledge in a peer-to-peer learning environment and develop solutions for local businesses, launching and operating a new chapter isn’t easy. Google requires that student leads have at least one year remaining in their studies, possess prior leadership experience, be connected to their local developer community and be committed to regularly holding events throughout the school year.

None of that could deter Abokhadra. She went through two rounds of interviews with Google representatives before being approved as a student lead, then recruited SDNE coordinator Simon Hood to be the new club’s faculty advisor and leveraged strong connections she’d formed with her peers to build a strong executive team.

“Our applied computing students are capable of achieving a lot, and the foundations we learn in school give us a lot of confidence to apply our knowledge in the real world,” says Abokhadra, who had previously served as vice-president of Sheridan’s Women in Science and Engineering (WISE) student club.

“Putting Sheridan’s name where it deserves to be, alongside other schools that have GDSC chapters, became a clear goal for me.”

Sheridan GDSC tops all other schools at North America competition

Within a few months of the club’s launch in September 2021, Sheridan’s name wasn’t just alongside well-known computer science schools like Texas A&M and the University of Illinois — it was above them.

Competing against students from 75 other universities and colleges across North America, Sheridan’s team earned nearly twice as many badges as any other school in January’s 30 Days of Cloud, a month-long campaign in which participants complete courses that advance them towards their Cloud certification. “First in North America is a big deal,” says Hood. “A really big deal.” Abokhadra led the way with 26 badges (three more than runner-up University of Texas – Dallas’ entire 10-student team), again demonstrating her hunger for learning outside of class. “Collecting badges is not like collecting Pokémon cards,” says Abokhadra, a former Arabic teacher and annotator who became interested in programming when she performed translation services to support a Colombia University machine learning research project. “I wanted to be able to prove to future employers that I know my stuff.”

But Abokhadra and Hood are both quick to stress that Sheridan’s performance in 30 Days of Cloud — and the club’s many other achievements in its first year of existence — was a complete team effort. The seven other Sheridan students participating in 30 Days of Cloud combined to earn 19 badges, just four fewer than the Texas – Dallas team and five more than third-place Indiana, and many Sheridan GDSC members stepped forward to lead in other capacities throughout the year:

“A lot of people feel that applied computing is a solitary experience, and it can be, but it can also be as social as you want it to be. There are lots of opportunities to collaborate and learn new technologies together, and our students fuel each other,” Hood says. “There has always been so much firepower in our applied computing programs, a lot of people who are inspirational in their own ways. They just needed someone like Hoda to turn the lights on so they could see each other.”

‘A lot of great ideas are already in place for us'

"We’ll definitely try our best to keep up the same pace and have a solid chapter once again,” says the club’s new student lead, who wants the GDSC to continue offering resume workshops and tutorial sessions while also introducing more in-person events and collaborating with other student clubs in Sheridan’s School of Applied Computing. “A lot of great ideas are already in place for us, and Hoda was so passionate about this club. She didn’t want it to die when she left.”

“There has always been so much firepower in our applied computing programs, a lot of people who are inspirational in their own ways. They just needed someone like Hoda to turn the lights on so they could see each other.”

Even though Abokhadra now works full-time as an Analytics DevOps Engineer at Scotiabank (which hired her in May, less than a month into her internship) and is pursuing her Master of Computer Science, Data Science degree at the University of Illinois Urbana-Champaign, she intends to remain involved with the club she started. “I want Amir to get the most out of his experience and to get credit for all the hard work he’ll bring to the club,” Abokhadra says, “but I’ll try to be supportive in any way I can.”

That support has already started. Abokhadra recently became an organizer with GDG Mississauga, the official Google Developer Group for Mississauga professionals, where she hopes to build a partnership with Sheridan’s GDSC. “I’d like Sheridan students to see that Google Developer clubs are not just an opportunity for when you’re in school. You can always keep the cycle of learning and collaborating going,” she says.

“Anyone who is interested in coding or wants to know more about how the world works behind the scenes should come out to one of our meetings,” adds Hood. “If you want to know how to code and what technologies and supports are available for coders in 2022 to make our jobs easier, come on out.”