It’s not every day that an educational institution gets to create a building to help bring its vision and mission to life. But that’s exactly the opportunity being seized by Sheridan in the creation of a second building that will more than double capacity at its Hazel McCallion Campus in Mississauga.

Scheduled to open in fall 2016, the new building is designed to facilitate creativity and collaboration while respecting a commitment to sustainability and accessibility. It also strives to achieve Mississauga’s vision to transform the downtown. Sound lofty or unachievable? Not according to lead architects Daniel Ling and Daniel Teramura.

“The fact that creativity is part of Sheridan’s identity is inspiring. It signals a sincere interest in adopting a unique approach” – Daniel Teramura

“The vision of the project is one we got excited about from the very start,” says Teramura, whose firm Moriyama & Teshima Architects is one of two firms collaborating on the design. “The fact that creativity is part of Sheridan’s identity is inspiring. It signals a sincere interest in adopting a unique approach.”

While both firms have a strong track record in designing buildings for communities and for learning, integrating buildings with their sites, and fostering interaction, this project required more. Teramura’s key collaborator, Daniel Ling from Montgomery Sisam Architects elaborates. “There are no tangible parameters to follow when designing for creativity. It requires a lot of thinking and experimenting and understanding the social dynamics of users.”

Above: Watch the virtual tour of the proposed building design

A key requirement was to make space for Sheridan’s first-ever Creativity Commons but to ensure that it was somehow connected to program spaces that will be distributed over five floors. “When you arrive in the building, you’re on the second floor because of the street grading,” explains Ling. “The first thing you see when you look down is the Creativity Commons, so there’s an immediate sense of discovery in this double height space that drops down.”

“The Creativity Commons also moves its way up the building,” adds Ling. “We designed a stepping atrium – an interesting route that students will discover as they move up the central stairs which are connected to public and collaborative spaces. We thought about where people land on the stairs, what views they get, and which departments will be using them to encourage interdisciplinary interactions.”

“We thought about where people land on the stairs, what views they get, and which departments will be using them to encourage interdisciplinary interactions” – Daniel Ling

At its base, the Creativity Commons is found next to a café and an architectural model making room, creating a chance for interaction. “The café has wall panels that people can sketch on and that open so other people can see into the commons. These are the types of informal and unexpected moments we want to facilitate” says Teramura.

Given Sheridan’s commitment to decrease overall energy and carbon emissions by 50% by 2030, sustainability was another key requirement. “Its performance had to tie in to pedagogy. The building is meant to demonstrate sustainability of design and construction given that architecture and interior design students will study there,” says Ling. 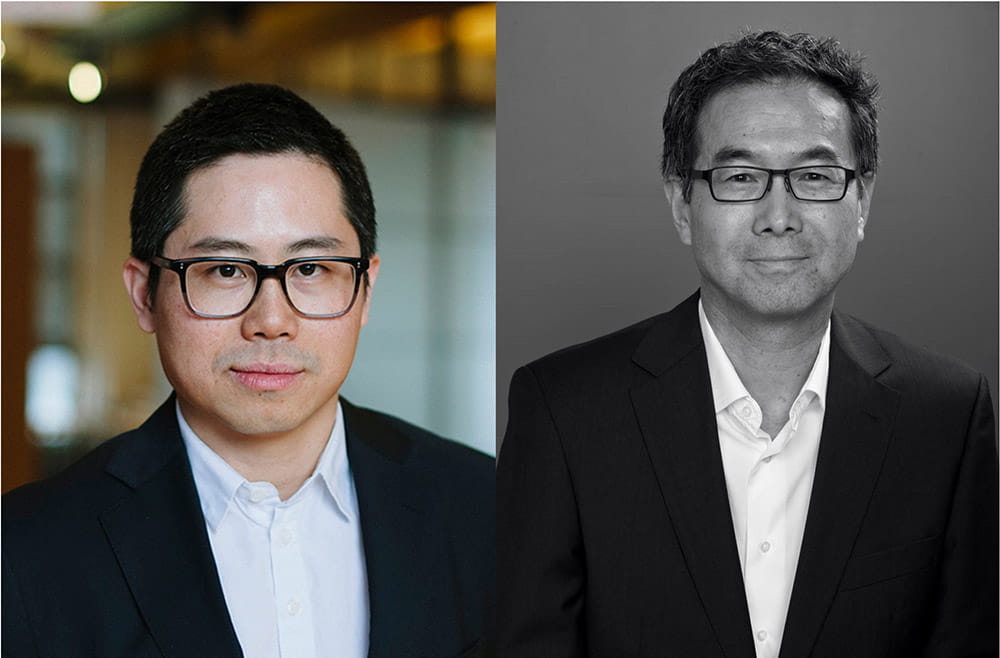 Designed as a living lab, the building achieves efficiency through a smart system that automates and controls energy use. Add to that the strategic placement of windows, a mechanical system that features on demand ventilation, heat recovery and chilled beams, as well as energy-efficient LED lighting and the use of solar energy to partially heat water and you’ve got a building that will consume roughly half of what’s used by most commercial buildings of comparable size in Canada.

“Accessibility is integrated into the mainstream building experience from the outset, rather than being an afterthought,” adds Ling, putting the focus on inclusivity. “It’s reflected in the choice of colours and finishes in the interior to be mindful of anyone with loss of vision.” Turn radiuses for wheelchairs were considered in specifying the width of aisles and functional areas were grouped together to limit the need for travel to better meet the needs of users with mobility loss.

“Accessibility is integrated into the mainstream building experience from the outset, rather than being an afterthought” – Daniel Ling

With respect to the exterior, the goal was to have a building that would complement rather than duplicate the existing one on campus, contribute to Mississauga’s cityscape, and age gracefully.

“The façade of the building opens up like a curtain and reveals certain elements on the inside, allowing us to use glimpses of student energy to animate the street,” says Ling. “We’ve also added a continuous bench on the outside to encourage people to sit up against the building, softening the edge and giving it a human scale.” A bridge on the third floor physically joins the two buildings and serves the important purpose of housing data cables to share connectivity.

“Aesthetically-speaking, the exterior is quite restrained,” notes Teramura. “We know it will be around for a long time so we wanted to introduce an element of quiet dignity. It’s important that it can relate to future development in the area and that it isn’t flashy so that it doesn’t get dated quickly.”

With the project now reaching the end of the design development phase, Teramura and Ling are looking forward to construction beginning and to seeing their interpretation of Sheridan’s vision come to fruition. Both agree that the contrast between the simple, yet elegant exterior and the depth of experience and complexity of the special qualities on the inside is what will give this building its unique character.

5,600   The number of students who will ultimately call the campus home

94           kilowatt hours/meter squared per year – the energy consumption of the new building, making it one of the top performing academic buildings in North America and Sheridan’s new standard for building construction

Pictured at top of page: A cross-section rendering of the new HMC building