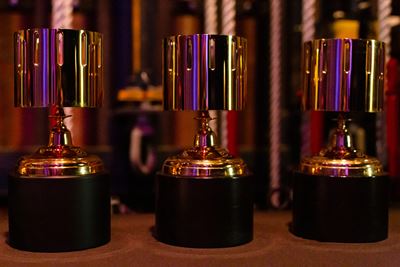 Six Sheridan alumni have been nominated in three categories for the 49th Annual Annie Awards, building on the College’s legacy of success at the prestigious awards which recognize excellence in the Animation industry.

The awards will be presented by the International Film Society (ASIFA – Hollywood) at a ceremony in Los Angeles, California, on February 26, 2022.

Sheridan alumni have repeatedly brought home Annies in previous years for their outstanding work. They include Trevor Jimenez (Animation ’07), who won last year for Best Storyboarding in a Feature category for his work on Soul. Earlier in 2019, Jimenez received Best Animated Short for his own project, Weekends. In 2015, Dean DeBlois (Animation ’90) won Best Animated Feature and Outstanding Achievement – Directing, for How to Train Your Dragon 2. Sheridan students have also been successful at the Annies: in 2020, The Fox & The Pigeon won Best Student Film.

“The Annies are the animation industry’s highest honour, so to see our graduates’ work receive nominations is a true testament to the high-quality of the education Sheridan’s Animation programs have been known for over the years,” says Ted Gervan, Dean of the Faculty of Animation, Arts and Design. “Our alumni’s success is also incredibly inspiring for our current students as they look ahead to their own careers.”

The Sheridan alumni who’ve been nominated this year include:

Sheridan alumni worked on 10 films nominated in three categories, including five of the films nominated for Best Feature: Encanto, Luca, Raya & the Last Dragon, Sing 2 and The Mitchells vs. The Machines.

Sheridan is a proud education partner of the Annie Awards. Our award-winning alumni from the Faculty of Animation, Arts and Design have a long history of success at the Annies, as well as at other top awards competitions, including the Oscars, Emmys, and the Canadian Screen Awards, that inspire our learners and the broader community.