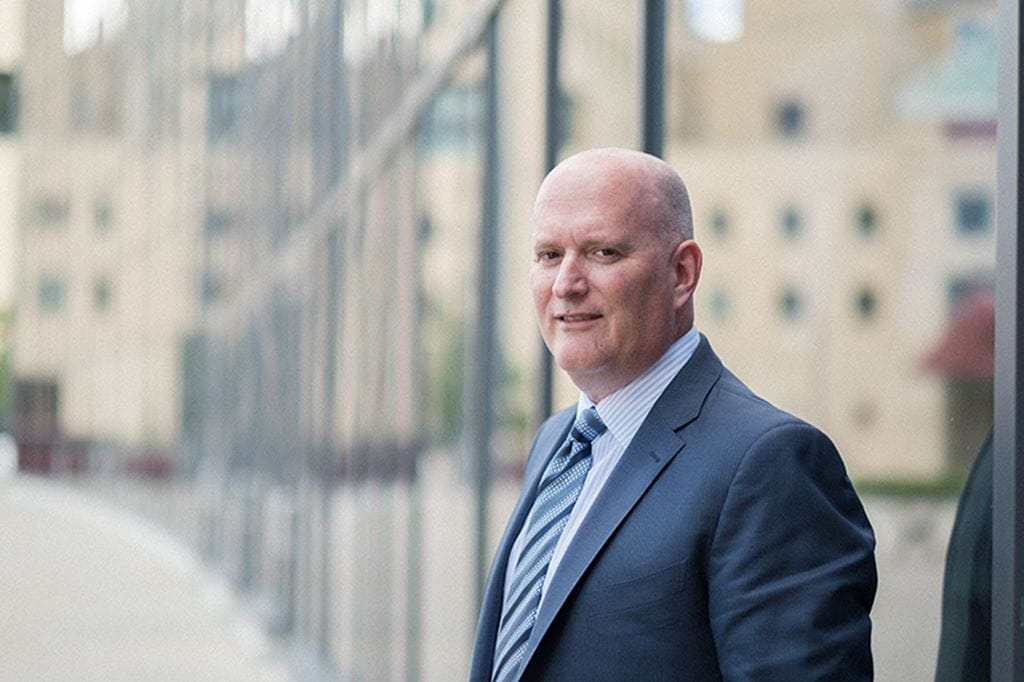 Alan Dick, a 1985 graduate of Sheridan’s Marketing program, is this year’s inductee to the Sheridan Business Hall of Fame. The award comes in recognition of his 30-year career in the aluminum and engineering fields. Dick is currently the Senior Vice President of Global Business Services and Integration Management at Jacobs Engineering Group in Dallas, Texas. He will be formally inducted to the Hall of Fame on May 24, 2018.

After graduating in 1985, a fellow Sheridan grad hired Dick for a sales job at Pechiney, a Paris-based aluminum company. Throughout his career, Dick says he benefitted from mentors who gave him the opportunity to take on new challenges. “They taught me what I did not know, and took a chance and gave me an opportunity,” he says. “Now, I try to do that for other people.”

Dick’s career has been shaped by many external challenges, including, in 2009, helping Aleris, an aluminum company where he was an Executive Vice President, recover from bankruptcy. He says he first gained a true appreciation for the value of those real-life lessons – however hard they may be – while he was a Sheridan student. “One of the things I liked about Sheridan, (the courses) were taught by people who had worked in the field. They weren’t taught by book-smart people who have never had to invest in the markets or had to fire people,” he says.

Sandy McKean, Dean of the Pilon School of Business, says Dick’s commitment to developing future leaders, as well as his tenacity, are inspirations for current students. “Students never know what kinds of successes or challenges their careers will bring. Alan’s experience shows them how both are important lessons in everyone’s career,” he says. “We are proud to welcome Alan to the Business Hall of Fame.”