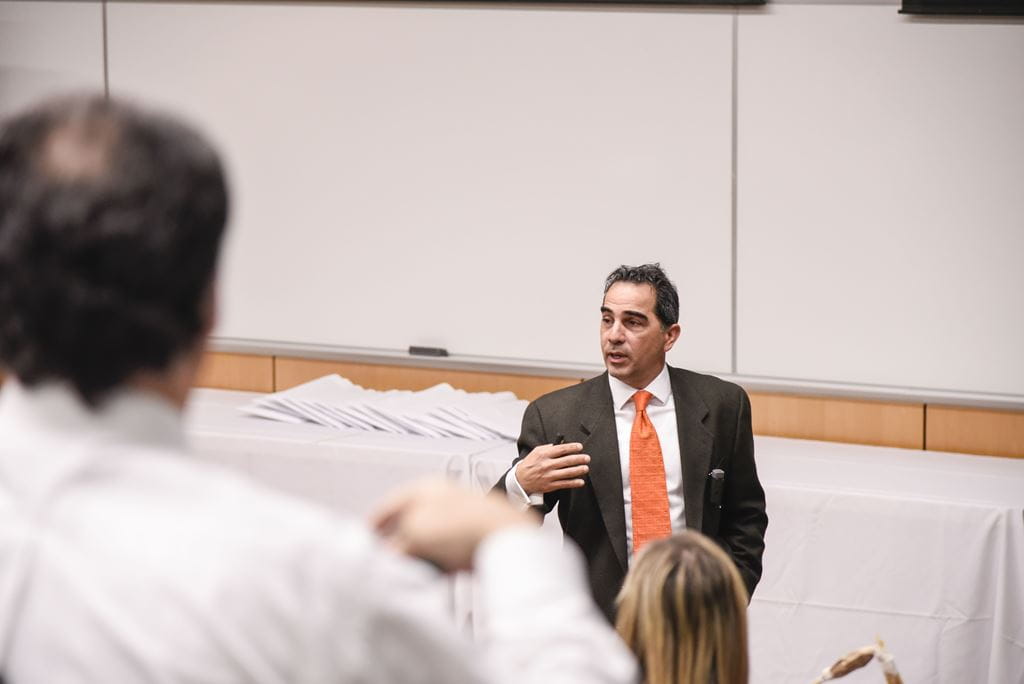 Why care about creativity?

Creativity is a cornerstone of Sheridan, but why does creativity matter? In this post, Dr. Gerard Puccio, Department Chair at the International Center for Studies in Creativity at Buffalo State and Sheridan’s Distinguished Visiting Scholar in Creativity shares his thoughts on the matter.

“Change is happening faster and faster and rather than being overwhelmed or stressed by it, creativity allows people to see opportunity in ambiguity,” says Puccio. “Creative problem solving is a process. It gives people the mindset they need to confront complex issues and the competence to deal with the challenges they’ll inevitably face in their professions.”

While creativity was once seen as something that people had to be born with, Puccio stresses that creative problem solving can be taught and honed and that it’s a skill that matters.  According to Puccio, the notion of relying on IQ to predict a person’s success has fallen short on its promise. He points to longitudinal research by a Stanford psychologist which followed gifted children for 70 years.  The research showed that as the group matured, they produced few successful innovative scientists, creative mathematicians, writers, musicians or artists.  Another researcher, Paul Torrance has shown that children with high scores in divergent thinking – defined as the ability to generate multiple options and solutions – were 300% more likely to lead to creative achievement or success in creative ventures.  “If we don’t pay attention to creativity at an individual level, then we fail to help people maximize their potential,” warns Puccio.  “In a way, it’s akin to halting growth development.”

Puccio, who holds a PhD in Organizational Psychology and a Masters in Creativity and Innovation also stresses that both individuals and organizations have to deal with ongoing change. “Organizations are a collective of people all working toward some vision with structures and systems.  If an organization’s people are able to express their creativity and bring it into the workplace, this puts the organization in an advantageous position. You’re only as good as your next idea and ideas don’t come from the ether, they come from people.”

“If we don’t pay attention to creativity at an individual level, then we fail to help people maximize their potential.” – Dr. Gerard Puccio

While Puccio says he runs into fewer and fewer critics when touting the value of creativity, he has the following response for naysayers.  “The unique competitive advantage humans have is the ability to create, that’s how we survived. We don’t have fur. We can’t fly. We’re not that strong or that fast.  What we have is our imagination.  Literally everything we see in our society, that we come in contact with, whether it’s tangible or intangible, came from human imagination.  Anytime there’s a gap between where we are and what we want – and we don’t know how to close that gap – we call on our imagination to find the solution.  Creativity really is a life skill.”

Puccio, who has studied creativity for over 20 years, says he’s excited to work with Sheridan on its goal of embedding creativity across the institution.  “I love what’s happening here. Sheridan is delivering creativity on demand. You’re taking the stance that creativity can be provoked and facilitated and that it’s not something that should be limited to the arts.  Sheridan understands that creativity is an added-value skill set and knowledge set.  I honestly don’t know of any other school that is institutionalizing, integrating and vetting creativity.  I believe that you will be a model of what can be done.”