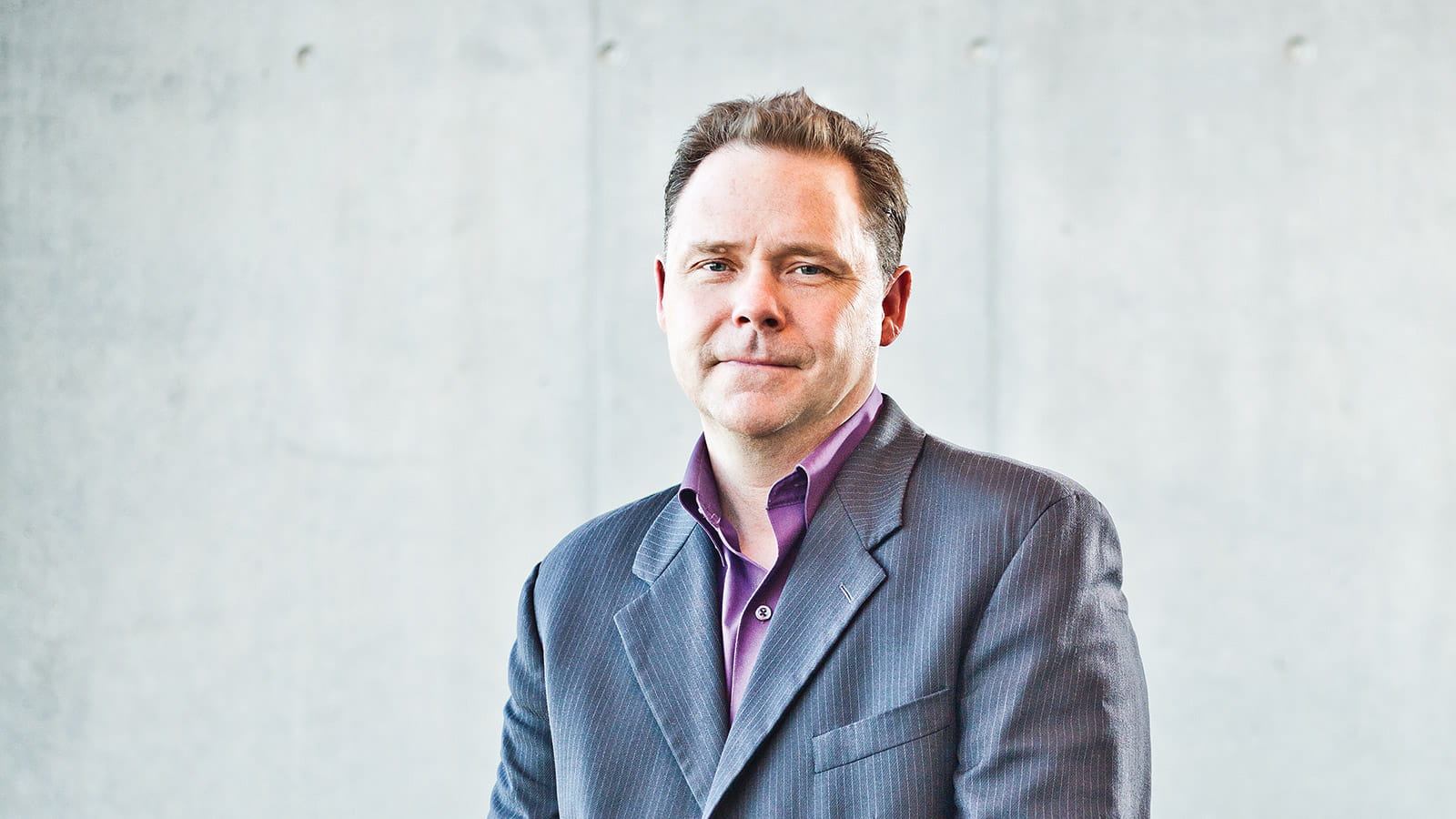 Glen Sharpe is the Associate Professor in the Concurrent and Consecutive Education Teacher Training Program at Nipissing University. His commitment to supporting Aboriginal students has not gone unnoticed.

Back in 2009, Glen Sharpe got a phone call from a former student from his public school teaching days in Ontario’s Simcoe County. “I hope you remember me,” she said. “You were one of the reasons I decided to become a teacher.” It was music to Sharpe’s ears.

“I know it sounds like a cliché, but it is so gratifying when my former students go on to pursue a dream,” says Sharpe (General Arts and Science, 1989), who is now an Associate Professor in the Concurrent and Consecutive Education Teacher Training Program at Nipissing University.

Like all effective teachers, he knows that inspiring students means going beyond the confines of the classroom. Case in point: Sharpe’s student/alumni Facebook group is the largest on Nipissing’s campus, with more than 2,600 users. Offering current teacher candidates tips on navigating the often murky waters of their educational journey, the group also connects Sharpe’s former students who are teaching all over the world. Job listings have become a popular section, with recruiters from as far away as China adding posts.

“A member of the Mohawks of the Bay of Quinte, Sharpe has a special interest in issues facing Ontario’s native youth.”

“What you do to help your students outside of official school hours makes a big difference,” says Sharpe, whose commitment to student support netted him Nipissing University’s 2012 Distinguished Alumni Achievement Award and a nomination for the 2012-13 Chancellor’s Award for Excellence in Teaching.

Since joining Nipissing in 2006, Sharpe has extended his reach outside the university walls as a volunteer tutor in North Bay for at-risk youth, many of whom are Aboriginal. A member of the Mohawks of the Bay of Quinte and the grandson of a residential school survivor, Sharpe has a special interest in issues facing native youth in Ontario.  To this end, he has been honoured in 2015 with an Aboriginal Circle of Educators Award for Research/Curriculum Development, and an INDSPIRE Award nomination for excellence in Indigenous education. In 2016, Sharpe was recognized with the Governor General’s Caring Canadian Award for contributions to his community.

Most recently, Nipissing chose Sharpe as a 2017-18 recipient of the Chancellor's Award for Excellence in Teaching.

No matter who his students are, Sharpe continues to draw on the supportive and flexible teaching model he learned at Sheridan as a student in the General Arts and Science program. Citing faculty member Bill Adcock as a particularly influential force in those early years, Sharpe went on to earn a master’s degree and an Ed.D in education. “I use Sheridan’s template of approachability and mentorship to this day. It all comes full circle.”

Read the Aboriginal Professionals Association of Canada's profile of Sharpe

“Sheridan was the perfect launching point for my career.” - Glen Sharpe